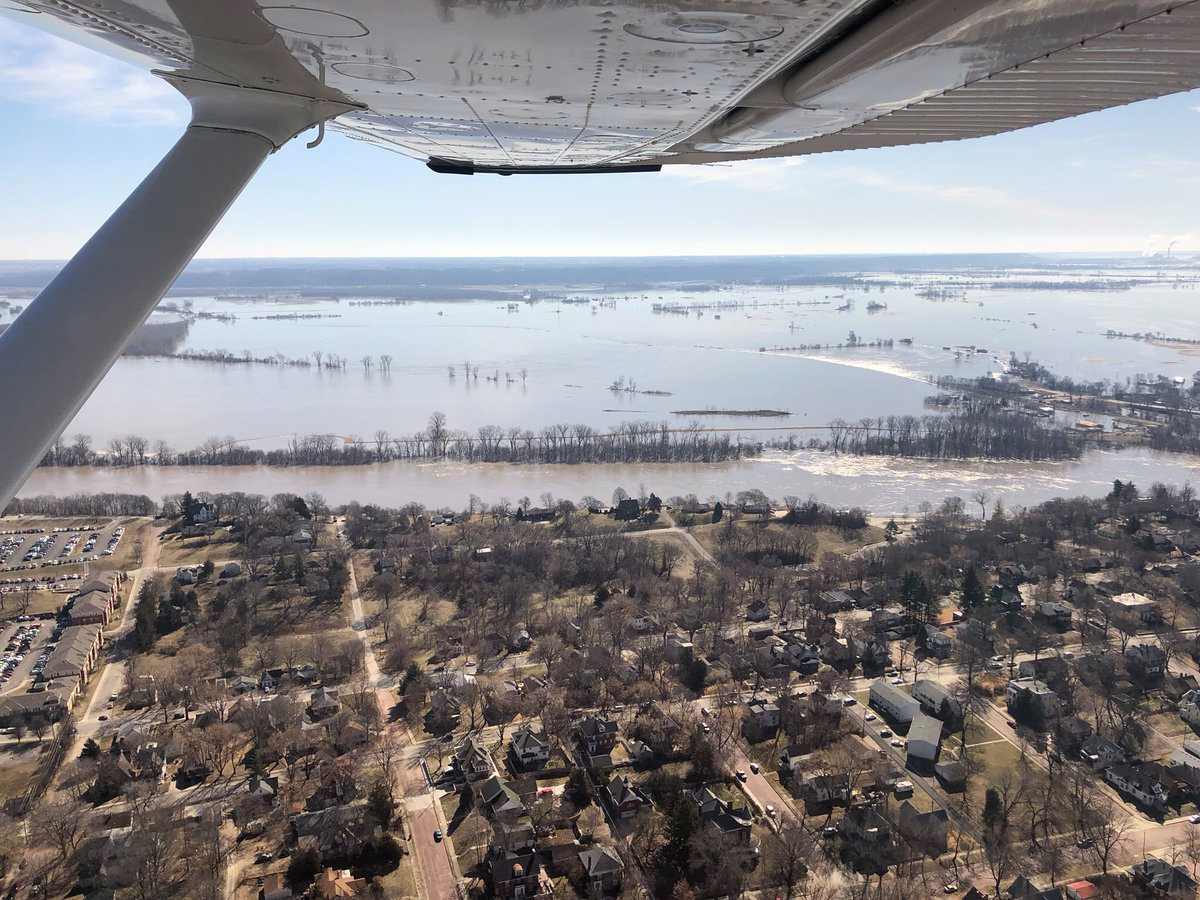 High flood waters have already returned in the western Dakotas, northwest Nebraska and central and eastern Montana, along smaller rivers that feed into the Missouri, David Roth, a meteorologist with the NWS’s Weather Prediction Center in College Park, Maryland, said on Monday.

“The ice floats down river until it bunches up in what we call an ice-jam, like a dam, causing flooding,” he said.

“All that backed-up water is eventually going downstream,” Roth said. “It’ll come down the Missouri in a couple of weeks, and maybe hit Kansas City in mid-April.”

The record flows cascaded down the Missouri, the country’s longest river, killing at least four people, drowning livestock and closing dozens of roads in Nebraska and Iowa. Property losses were estimated at more than $3 billion in those two states.

Those flood waters crested near Kansas City on Sunday, the weather service said.

No further precipitation is forecast for the Midwest until midweek, when moderate rainfall is expected, NWS’s Andrew Orrison said Sunday.

“I think at the worst what it will do is just prolong the gradual receding of the water levels across the various river basins throughout the Midwest.”

But far up the nation’s longest river, floods loom again.

The Billings Gazette reported late Sunday that rapid snow melt drove ice jams on the Little Bighorn River, forced the shutdown of a stretches of major highways in eastern Montanta all the way to the Wyoming border.

But the bigger threat is warmer temperatures that will hit the upper 60s in Billings by Tuesday and into midweek, driving more snowmelt that will eventually flow south, said meteorologist Roth.

“All that water is still headed downstream,” he said.