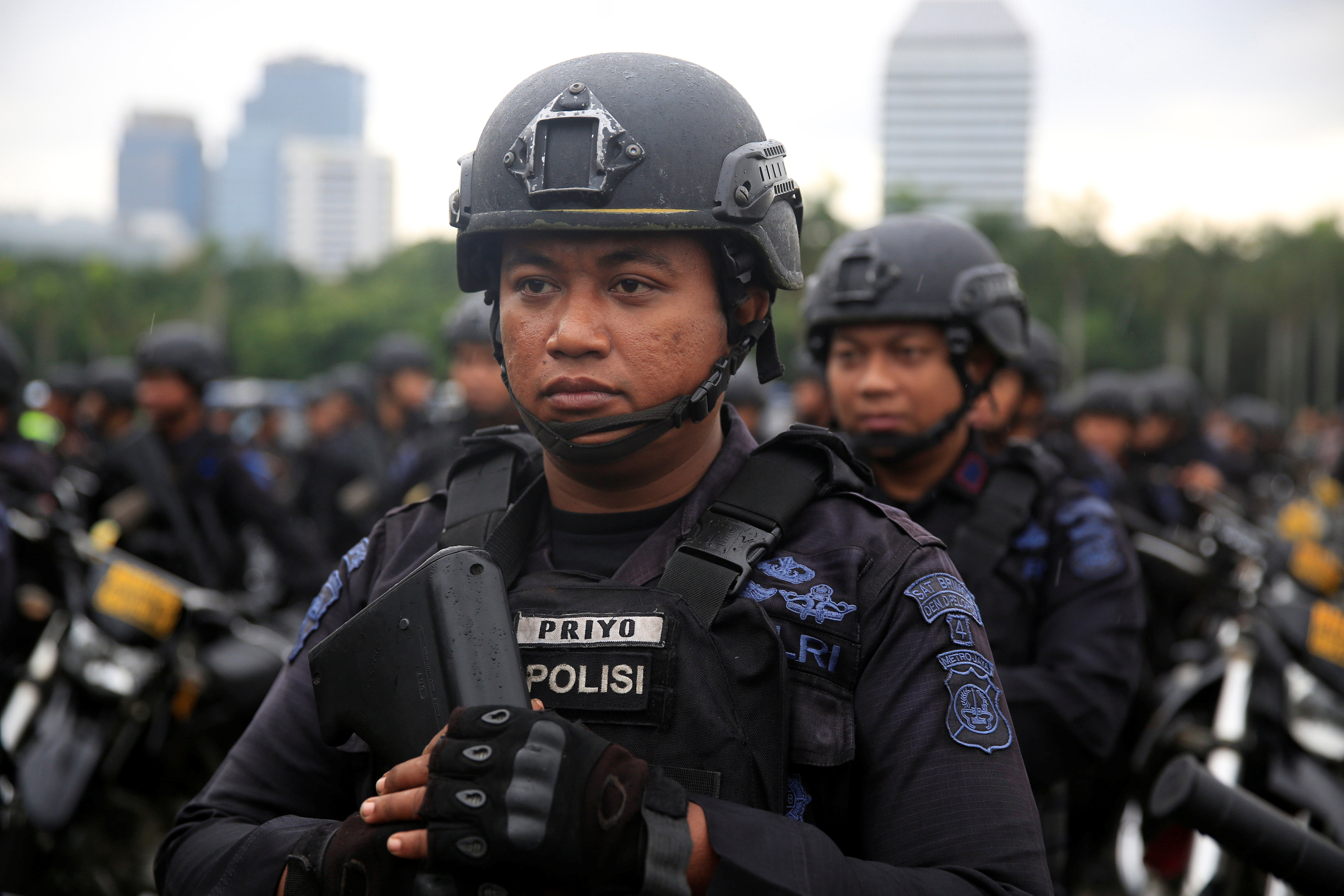 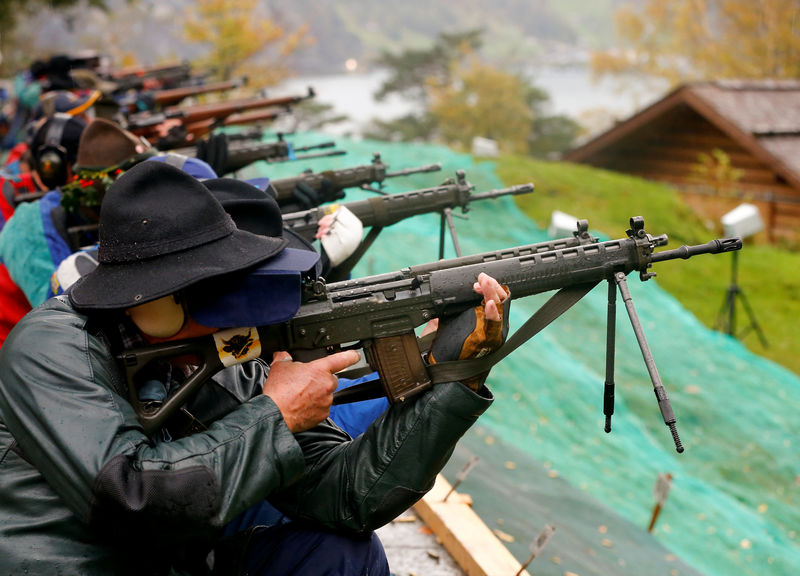 ZURICH (Reuters) – Friction between Switzerland and the European Union over the bloc’s plans to tighten gun control following a rise in militant attacks could turn into another serious snag in ties already tested by Swiss efforts to curb immigration.

The proposed directive, which applies to non-EU member Switzerland only because it is part of Europe’s Schengen open border system, has raised hackles among the Swiss, who resent intervention from Brussels.

Christoph Blocher, a leading voice of the Swiss right and a eurosceptic, says Switzerland should consider abandoning Europe’s Schengen system of passport-free travel if the Swiss people rejected the proposed measures in a referendum.

But the initial proposal provoked an outcry in Switzerland because it meant a ban on the long Swiss tradition of ex-soldiers keeping their assault rifles. 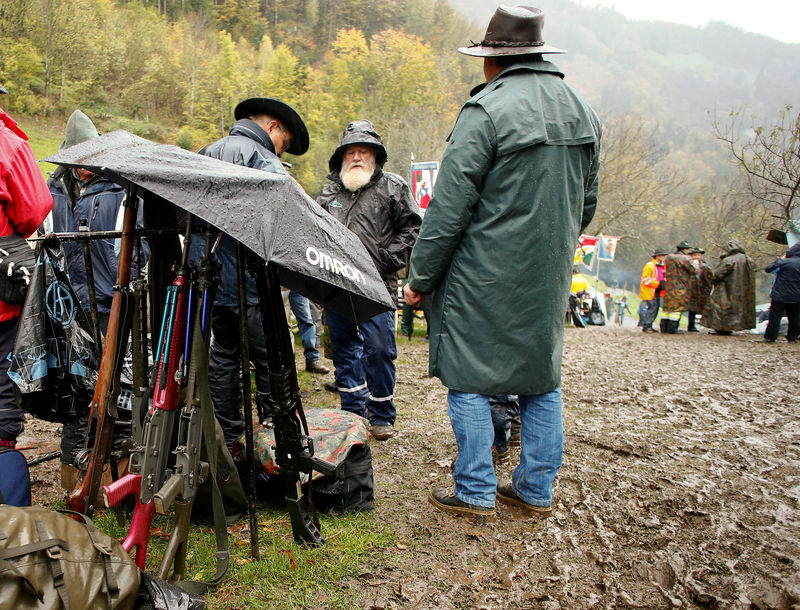 Participants use an umbrella to protect their infantry and assault rifles against rain during the traditional ‘Ruetlischiessen’ (Ruetli shooting) competition at the Ruetli meadow in central Switzerland November 6, 2013. REUTERS/Arnd Wiegmann/File Photo

Then, two months ago, Justice Minister Simonetta Sommaruga returned from meetings in Brussels saying she had successfully negotiated against such a ban. But the fine print was more complicated: EU members demanded concessions including psychological tests and club membership.

Swiss gun rights proponents are now complaining this could disarm thousands of law-abiding citizens and that it would encroach on Switzerland’s heritage and national identity that includes a well-armed citizenry.

“When conflicts arise, Switzerland must put its sovereignty first,” said Blocher, a businessman and vice president of the SVP, which is the country’s biggest party. “In an emergency, Switzerland should be ready to exit Schengen.”

Switzerland has one of the highest rates of private gun ownership in Europe, with nearly 48 percent of households owning a gun. In France, there are about 30 weapons per 100 people, while the figure in the Great Britain is far lower, at 6.7 guns per 100 civilians, according to the Australian-based think tank GunPolicy.org.

However, Swiss gun-related crime is low and the high number of privately owned guns harks back to a long tradition of self-defence and to the Swiss policy of near-universal conscription.

In 2015, 11 percent of the 20,600 soldiers who left the Swiss Army opted to keep their assault rifles which upon departure are modified to fire single shots. The number of soldiers choosing to keep their weapons has been declining for several years.

Under Switzerland’s system of direct democracy, groups like ProTELL can gather signatures and put such matters before voters.

“With our direct democracy, Swiss people are accustomed to having the last word,” said ProTell’s Dominik Riner. “We’re opposed to any and all efforts to make current weapons laws more restrictive.”

The two sides are negotiating immigration curbs after Swiss voters in 2014 backed quotas on European workers. A failure to agree could mean the collapse of bilateral accords with Swiss’ main trading partner.

Outlines of any deal may emerge when European Commission President Jean-Claude Juncker visits on Sept. 19, but the clock is ticking: Switzerland has said it may enact unilateral curbs by February 2017.

Europe plans to finalize its gun directive later this year.