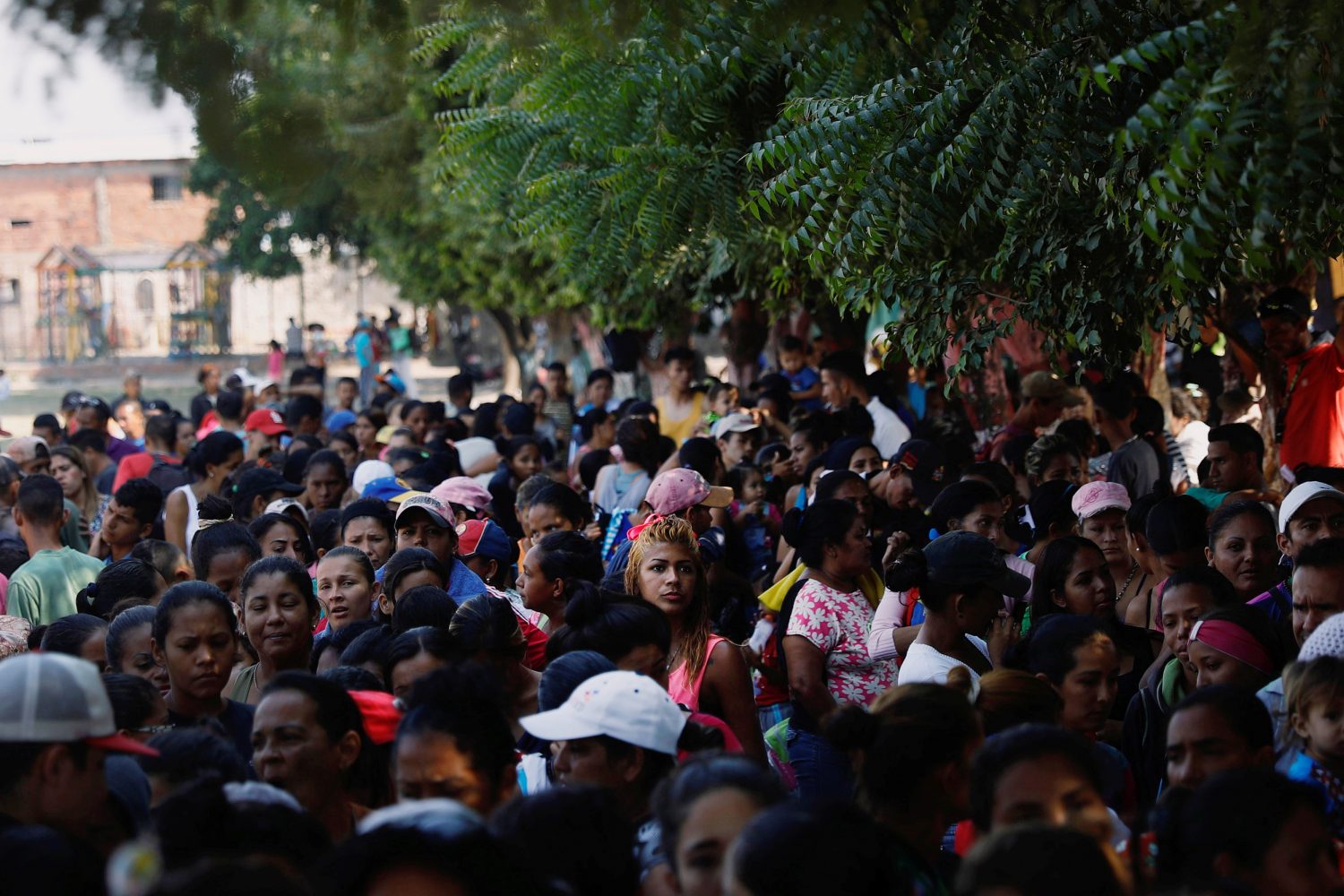 By Luc Cohen and Matt Spetalnick

WASHINGTON (Reuters) – The Venezuelan opposition’s envoy to the United States accused the government of President Nicolas Maduro on Thursday of blocking humanitarian aid to the country and urged the international community to help open “thousands of windows” to let assistance in.

Carlos Vecchio, opposition leader Juan Guaido’s representative in Washington, spoke to an international aid conference hosted at the Organization of American States (OAS) headquarters in Washington as a deadlock persisted in delivering aid to the crisis-stricken South American country.

Most Western countries, including the United States and many of Venezuela&rsquo;s neighbors, have recognized Guaido as the country&rsquo;s legitimate head of state, but Maduro retains the backing of Russia and China as well as control of Venezuelan state institutions including the military.

Guaido told a huge rally of supporters on Tuesday that humanitarian aid would enter the country on Feb. 23, setting the stage for a showdown with Maduro.

“They are blocking humanitarian aid that’s being sent,” Vecchio told the conference, which was attended by diplomats and representatives from dozens of countries. “We must open thousands of windows to bring humanitarian aid to Venezuela … Here we are creating an international coalition to bring in food and medicine.”

Lester Toledo, the opposition’s humanitarian aid coordinator, recounted an incident in 2016 when protesters marched to the border with Colombia where aid was being held up.

“That’s exactly what we’re going to do next Saturday,” he told the conference, suggesting how aid might make its way into Venezuela. “With people, people and more people working peacefully.”

Maduro has called the aid a U.S.-orchestrated show and denies there is an economic crisis, despite a widespread lack of food and medicine and hyperinflation.

But Gustavo Tarre, the opposition’s OAS representative, insisted the only objective is “to relieve the suffering of Venezuelans” and that there no political, economic or military motives.

Last week, the United Nations warned against politicizing aid in Venezuela after the United States accused Maduro of preventing the delivery of food and medicine.

An aid convoy supplied by the United States and Colombia arrived in the Colombian border town of Cucuta last week, where it is being held in warehouses.

The United States has said it will try to channel aid to Venezuela, via Colombia and possibly Brazil.

Elliott Abrams, Washington’s special envoy on Venezuela, said last week the aid effort was being coordinated with Guaido’s team but that the aid would not be forced into Venezuela.

Maduro has overseen an economic collapse that has left millions struggling for food and fueled an unprecedented migration crisis in the region.

An estimated 3 million Venezuelans have left the oil-rich OPEC country since 2015, some 800,000 of whom have ended up in Colombia.

(Reporting by Luc Cohen and Matt Spetalnick in Washington; Editing by Alistair Bell and James Dalgleish)