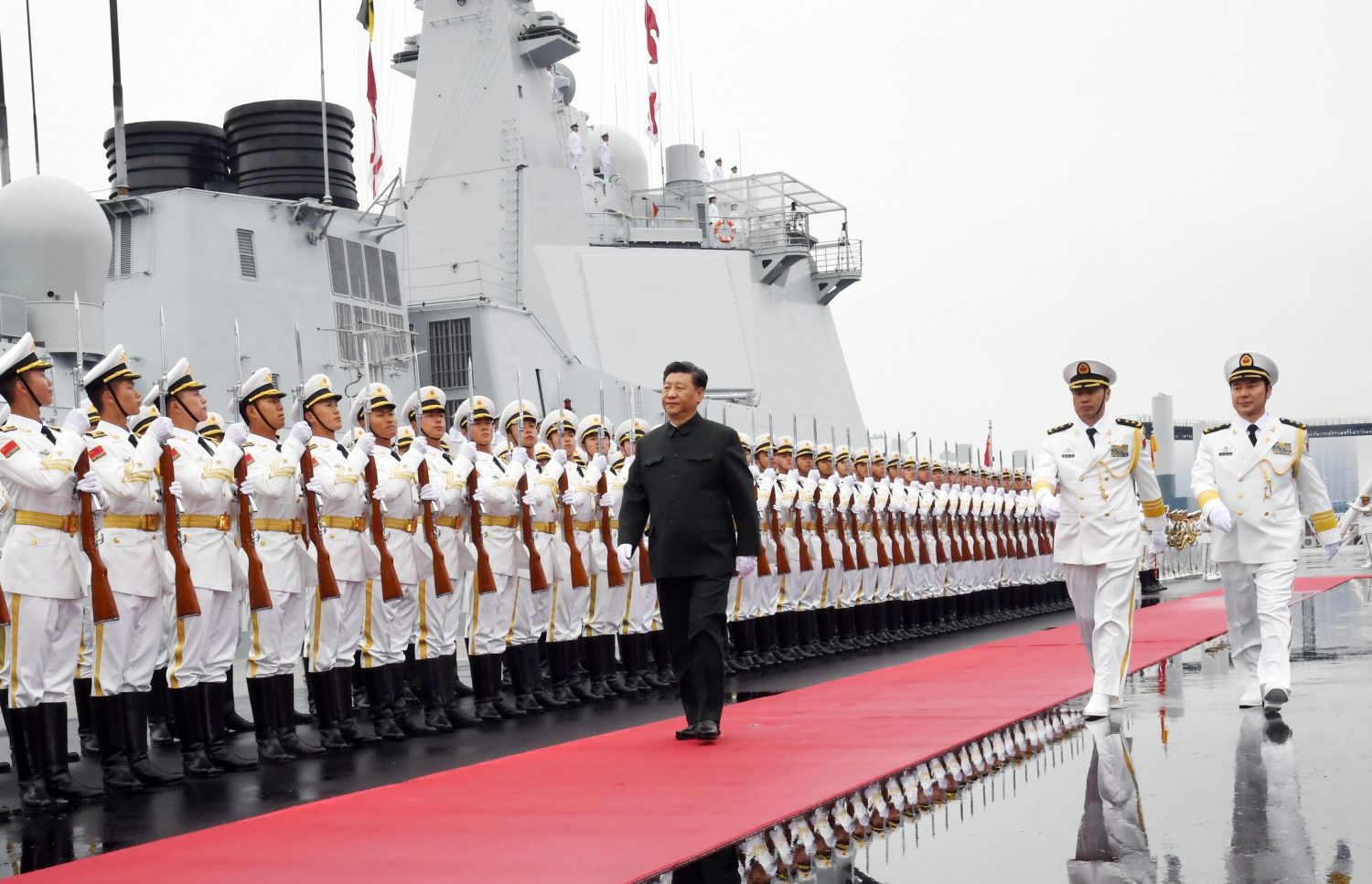 QINGDAO, China (Reuters) – China showed off the first of its new generation of guided missile destroyers on Tuesday as President Xi Jinping reviewed a major naval parade through mist and rain to mark 70 years since the founding of China’s navy.

Xi is overseeing a sweeping plan to refurbish the People’s Liberation Army (PLA) by developing everything from stealth jets to aircraft carriers as China ramps up its presence in the disputed South China Sea and around self-ruled Taiwan, which has rattled nerves around the region and in Washington.

The navy has been a major beneficiary of the modernization, with China looking to project power far from its shores and protect its trading routes and citizens overseas.

After boarding the destroyer the Xining, which was only commissioned two years ago, Xi watched as a flotilla of Chinese and foreign ships sailed past, in waters off the eastern port city of Qingdao.

“Salute to you, comrades. Comrades, thanks for your hard work,” Xi called out to the officers standing on deck as the ships sailed past, in images carried on state television. 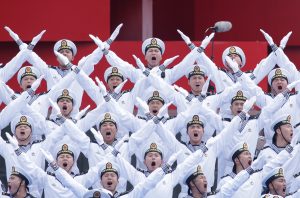 “Hail to you, chairman,” they replied. “Serve the people.”

China’s first domestically produced aircraft carrier, which is still unnamed and undergoing sea trials, was not present, though the carrier the Liaoning was, the report said.

The Liaoning, the country’s first carrier, was bought second-hand from Ukraine in 1998 and refitted in China.

State television also showed pictures of the Nanchang at the review, the first of a new fleet of 10,000-tonne destroyers, though details of that and other ships were hard to determine from the footage, due to the intermittent thick mist and rain.

China had said it would also show new nuclear submarines, and state television did show submarines taking part in the display.

Singapore-based regional security expert Collin Koh said that based on the available evidence, the larger submarine on show was a modified version of China’s existing Jin-class nuclear-powered ballistic missile submarines &ndash; a key part of its nuclear deterrent.

The navy has four Jin-class submarines, which are based in Hainan island in the south, and the Pentagon says it believes construction on a new generation of ballistic missile submarines will start in the 2020s.

“It does appear that this is a modified version rather than an entirely new submarine, something which would have been a more significant development,” said Koh, of Singapore’s S. Rajaratnam School of International Studies.

“Outside analysts still don’t have a complete picture of the precise modifications.”

Tuesday’s parade featured 32 Chinese vessels and 39 aircraft, as well as warships from 13 foreign countries including India, Japan, Vietnam and Australia.

A total of 61 countries have sent delegations to the event, which includes a naval symposium on Wednesday and Thursday. 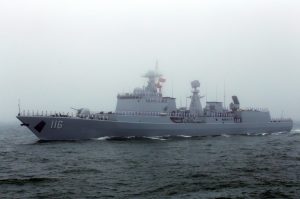 Earlier, meeting foreign naval officers at Qingdao’s Olympic sailing center, Xi said the navies of the world should work together to protect maritime peace and order.

“The Chinese people love and long for peace, and will unswervingly follow the path of peaceful development,” Xi said, in remarks carried by the official Xinhua news agency.

“Everyone should respect each other, treat each other as equals, enhance mutual trust, strengthen maritime dialogue and exchanges, and deepen pragmatic cooperation between navies,” he added.

“There cannot be resorts to force or threats of force at the slightest pretext,” Xi said.

China has frequently had to rebuff concerns about its military intentions, especially as its defense spending reaches new heights.

Beijing says it has nothing to hide, and invited a small number of foreign media onboard a naval ship to watch the parade, including from Reuters.

China’s last naval battles were with Vietnam in the South China Sea in 1974 and 1988, though these were relatively minor skirmishes. Chinese ships have also participated in international anti-piracy patrols off Somalia since late 2008.

The United States has sent a low-level delegation to Qingdao, led by the naval attache at its Beijing embassy, and no ships.

However, the USS Blue Ridge, the command ship of the Japan-based U.S. Seventh Fleet, is visiting Hong Kong, having arrived in the city on Saturday.

A senior U.S. naval official aboard the ship said the Seventh Fleet would continue its extensive operations in the region, including so-called freedom of navigation operations to challenge excessive maritime claims.

China objects to such patrols close to the Chinese-held features in the Paracels and Spratlys archipelago in the South China Sea, where U.S. warships are routinely shadowed by Chinese vessels.

The U.S. official said he believed an incident last September, when a Chinese destroyer sailed within 45 meters of the American destroyer USS Decatur, was an isolated event and other routine interactions with the PLA navy had proved more professional.