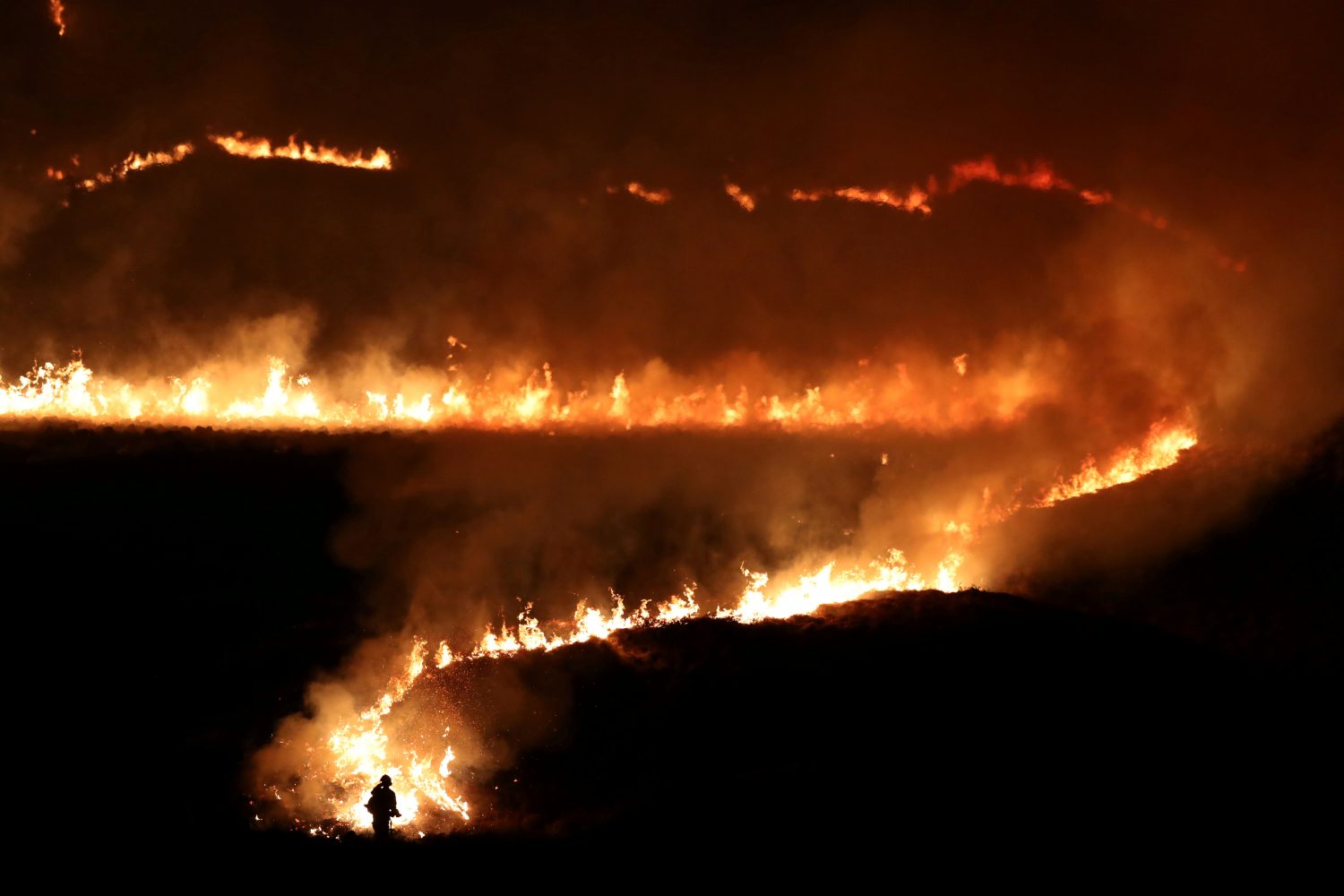 DIGGLE, England (Reuters) – Firefighters battled a series of wildfires in Britain on Wednesday, including a large moorland blaze outside the northern English city of Manchester, as the country experienced its warmest winter weather on record.

A fire started on Tuesday evening on Saddleworth Moor, an expanse of hills that is popular with hikers. It has since spread to an area about one-and-a-half square kilometers.

Large flames could be seen rising from the hillside as witnesses described “apocalyptic” scenes.

Laura Boocock, West Yorkshire Fire Service’s incident commander, told the BBC it was “one of the biggest moorland fires we’ve ever had to deal with”.

Five crews and two specialist moorland firefighting units were trying to contain the blaze. There have been no reports of any injuries.

The fire comes after Britain recorded its warmest winter day with a temperature of 21.2 Celsius in Kew Gardens in London.

Fire officials have not yet commented on what may have caused the blaze.

Last summer a fire on Saddleworth Moor, which required army assistance to tackle, took more than three weeks to extinguish.

Separately, on Tuesday a wildfire started in woodland made famous in AA Milne’s Winnie the Pooh stories. Ashdown Forest in East Sussex, the inspiration for Milne’s Hundred Acre Wood, suffered two fires that began within an hour of each other. The local fire service said that “unusual warm weather this week” meant that the ground was drier than usual and could lead to a greater risk of outdoor fires.

In Scotland, firefighters battled through the night to extinguish a large gorse fire on Arthur’s Seat in Edinburgh.