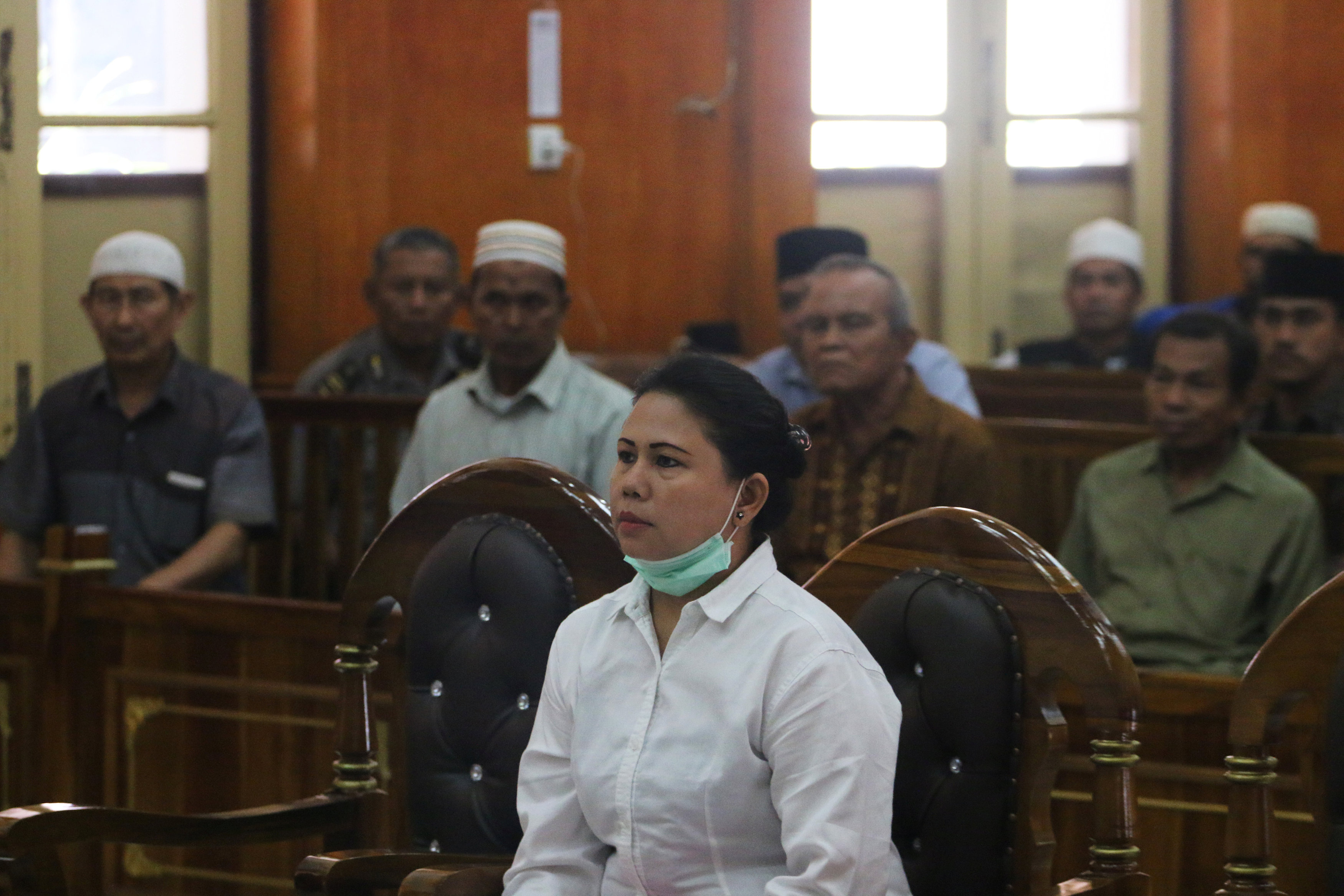 JAKARTA (Reuters) – Indonesia’s biggest Islamic organization called for greater tolerance on Friday as it criticized a court that jailed a mother of four for blasphemy after complaining that a mosque in her neighborhood was too loud.

The 44-year old ethnic Chinese Buddhist woman, named Meiliana, was found guilty and sentenced to 18 months in prison by a court in Medan on Sumatra island earlier this week.

Senior members of Nahdlatul Ulama (NU), a moderate Islamic organization that boasts over 40 million members across the country, added their voice to a chorus of criticism denouncing the verdict.

“Saying the volume of the call to prayer is too loud, in my opinion, is not blasphemy,” said Robikin Emhas, head of the NU’s legal division.

“As Muslims, such opinions should be received as constructive criticism in a pluralistic society,” he added.

Amnesty International has described it as “ludicrous”, and an online petition calling for the woman’s release had received nearly 100,000 signatures by Friday.

Indonesia has the world’s largest population of Muslims, and sizable Buddhist, Christian and other religious minorities, but the propagation of conservative and hardline interpretations of Islam in recent years has fanned fears that the secular nation is becoming less tolerant.

Last year, Jakarta’s ex-governor, an ethnic Chinese Christian, was tried and jailed for blasphemy after several Muslim groups accused him of insulting Islam when he said his political rivals were using the Koran to deceive voters.

When asked if President Joko Widodo would intervene on Meiliana’s behalf, his spokesman Johan Budi said the president does not get involved in judicial matters.

Meiliana’s lawyers will appeal against the jail sentence.

They maintain that she had made remarks in a private conversation in 2016 on the volume of mosque loudspeakers. Those remarks were twisted to appear like she was objecting to the call to prayer itself and repeated in the community and on social media, her legal team said in a Facebook post.

There are hundreds of thousands of mosques across the vast Indonesian archipelago and most use loudspeakers to play the ‘azan’ or call to prayer, which lasts a few minutes.

But many also play lengthy versions of prayers or sermons lasting over 30 minutes, which the Indonesian Mosque Council has deemed unnecessary.

(Corrects, replacing “to” with “will” in 10th paragraph)