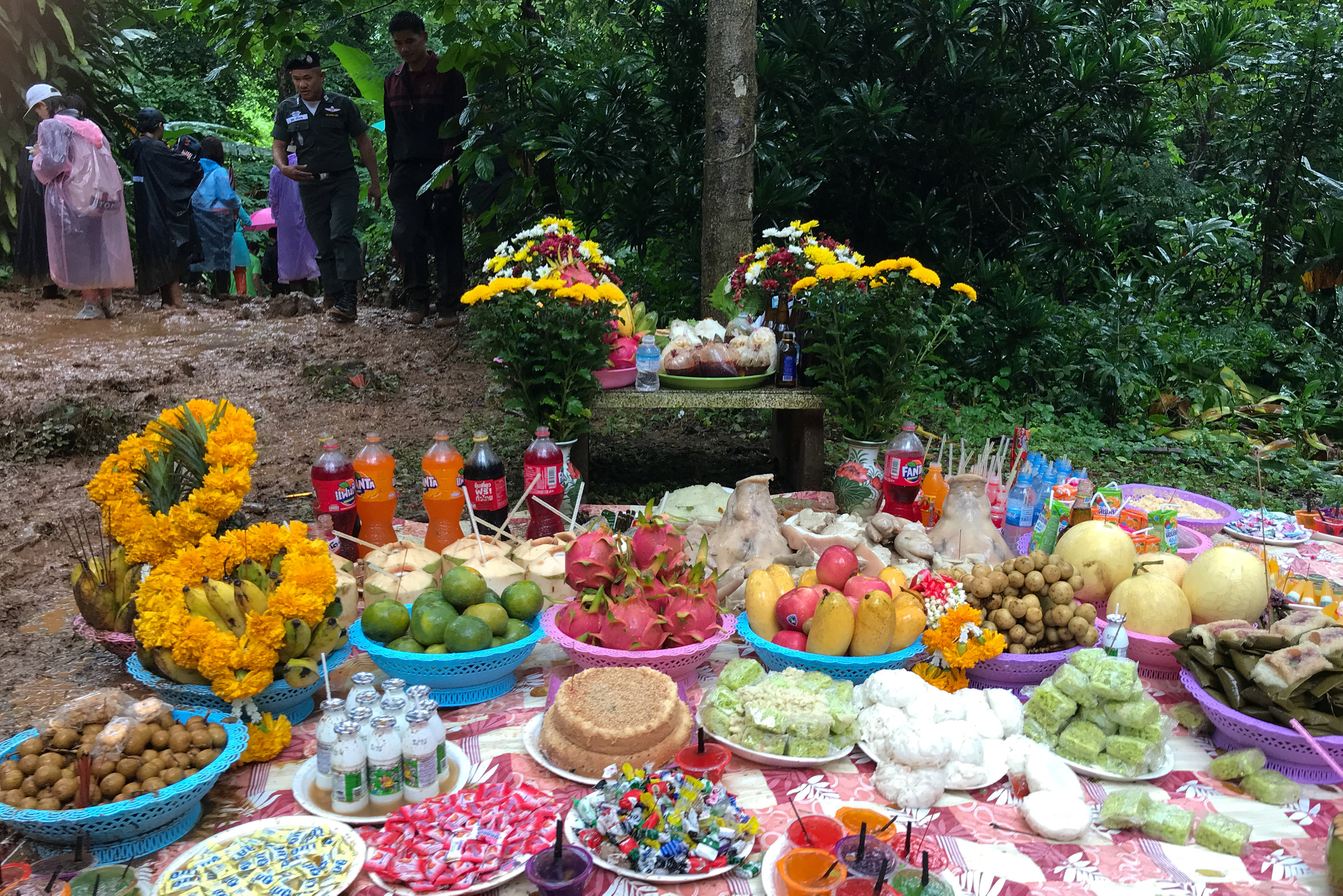 CHIANG RAI, Thailand (Reuters) – Distraught relatives of the teenaged members of a soccer team trapped in a flooded cave complex in Thailand turned to prayers on Tuesday as caving enthusiasts helped military rescue teams on the third day of the search.

The 12 boys, aged 11 to 16, and their 25-year-old coach, were trapped on Saturday after heavy rain flooded the cave complex in a forest park in the northern province of Chiang Rai.

Relatives placed fruits, desserts, sugary drinks and sweets on mats near the cave as an offering to the spirits which some people believe protect the cave and the forest.

“Come home,” cried one distraught mother. “Mummy is here to pick you up.”

The cave network stretches 10 km (6 mile) into the mountain and rescue workers believe the boys are stuck in a chamber of the network but efforts to find them have been hampered by rising waters.

Pumps have been brought in to try to drain some of the water from the cave but rain has been falling intermittently over the area.

“We must find the children today. We have hope that they are alive somewhere in there,” provincial governor Narongsak Osottanakorn told Reuters. 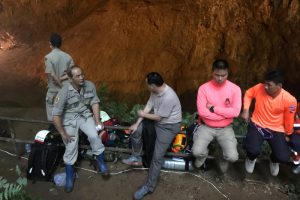 Rescue teams are seen outside the Tham Luang caves, where 13 members of an-under 16 soccer team are trapped, in the northern province of Chiang Rai, Thailand, June 25, 2018. REUTERS/Stringer

Major General Nathawut Junhanandana, an army commander on the rescue team, said about 90 soldiers were searching the forested slopes of the mountain, looking for shafts or any other hidden ways into the caves.

“Our team is looking around the mountain for potential entrances,” Nathawut told Reuters.

“This will uncover more ways, possibly, for a rescue.”

Media reported that British caver Vern Unsworth, who has been inside the cave many times, had joined the search, while up to six Thai civilians who have explored the cave extensively were also helping, police at the scene told Reuters.

Thailand’s Office of Natural Resources and Environmental Policy and Planning described Tham Luang cave as “awaiting exploration from tourists because most have had to retreat when faced with many obstacles and difficulties in the cave”.

The cave is usually closed during the rainy season which runs from May to October, it said.

A sign posted near the entrance to the cave warns visitors that it is prone to flooding between July and November.

Among those waiting at the mouth of the cave for news were three team mates who skipped Saturday’s expedition to the cave after soccer practice, because their parents told them to come home, media said.

“I can’t concentrate at school knowing they are in there, so I came here,” said Sonpong Kantawong, 14, who missed the trip because his mother drove to pick him up after soccer practice, media said.

The boys’ bicycles and soccer boots were found at the mouth of the caves after they went missing. A 17-member navy unit including divers and underwater drones has joined the search.

Rescuers have covered about 6 km (4 miles) of the cave network, said Damrong Hanpakdeeniyom, the head of the park, adding that visitors are usually only allowed to venture in about 700 meters (2,300 ft).