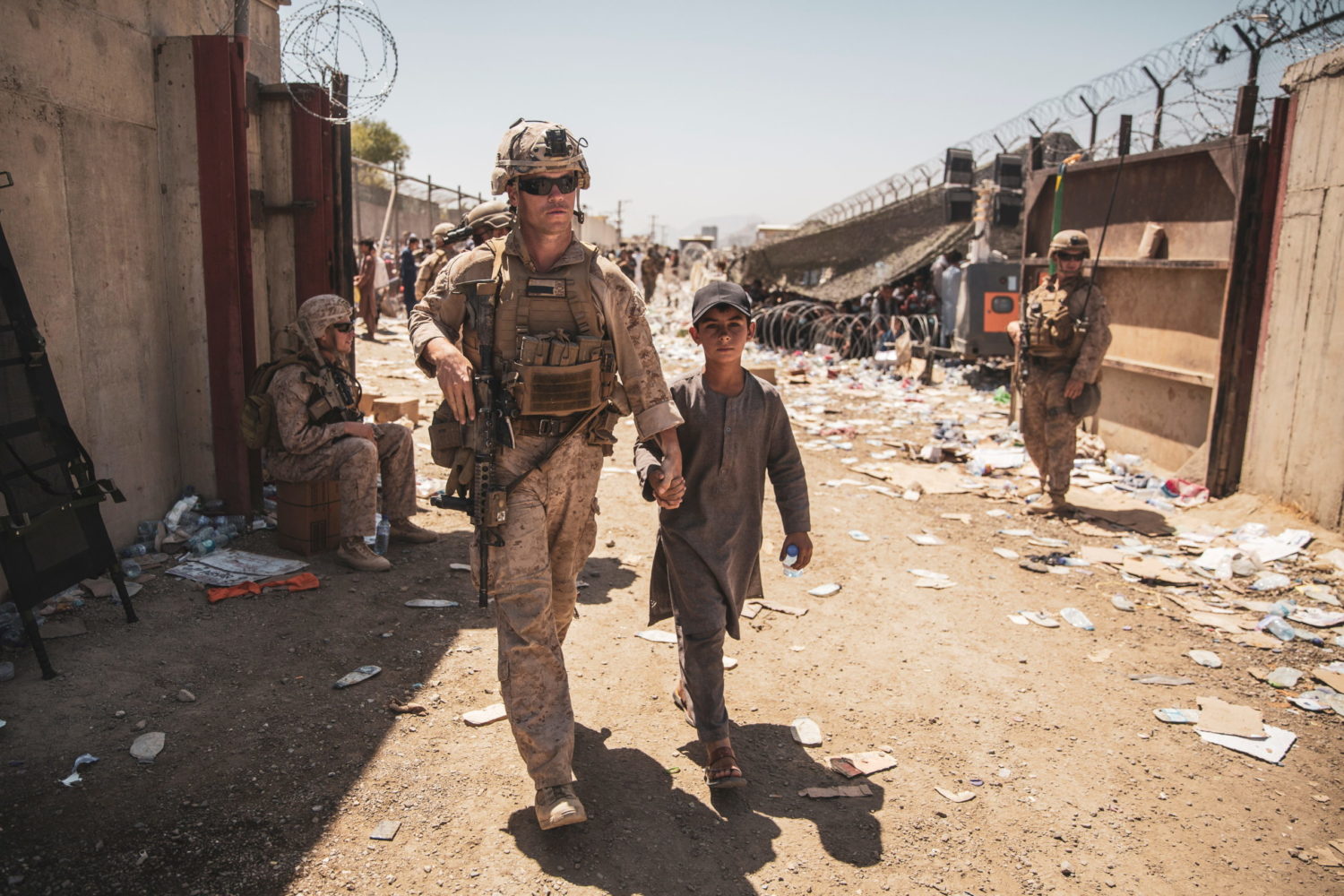 (Reuters) – Western nations rushed to evacuate people from Afghanistan on Wednesday as the Aug. 31 deadline for the withdrawal of foreign troops drew closer and fears grew that many could be left behind to an uncertain fate under the country’s new Taliban rulers.

In one of the biggest such airlifts ever, the United States and its allies have evacuated more than 70,000 people, including their citizens, NATO personnel and Afghans at risk, since Aug. 14, the day before the Taliban swept into the capital Kabul to bring to an end the 20-year foreign military presence.

Biden has spurned calls from allies to extend the deadline, set under an agreement struck by the previous administration of Donald Trump with the hardline Islamist group last year. But he said on Tuesday the deadline could be met.

“The sooner we can finish, the better,” Biden said. “Each day of operations brings added risk to our troops.”

Two U.S. officials, speaking on condition of anonymity, said there was growing concern about the risk of suicide bombings by Islamic State at the airport.

British foreign minister Dominic Raab said the deadline for evacuating people was up to the last minute of the month.

France said it would push on with evacuations as long as possible but it was likely to end these operations in the coming hours or days.

Chancellor Angela Merkel said Germany would try to help Afghans who worked with its soldiers and aid organizations and wished to leave Afghanistan after the deadline expires.

“The end of the air bridge in a few days must not mean the end of efforts to protect Afghan helpers and help those Afghans who have been left in a bigger emergency with the takeover of the Taliban,” she told the German parliament.

Tens of thousands of Afghans fearing persecution have thronged Kabul’s airport since the Taliban takeover, the lucky ones securing seats on flights.

On Wednesday, many people milled about outside the airport – where soldiers from the United States, Britain and other nations were trying to maintain order amid the dust and heat – hoping to get out.

They carried bags and suitcases stuffed with possessions, and waved documents at soldiers in the hope of gaining entry. One man, standing knee-deep in a flooded ditch, passed a child to a man above.

“I learned from an email from London that the Americans are taking people out, that’s why I’ve come so I can go abroad,” said one man, Aizaz Ullah.

While the focus is now on those trying to flee, the risk of starvation, disease and persecution is rising for the rest of the population, aid agencies say.

“There’s a perfect storm coming because of several years of drought, conflict, economic deterioration, compounded by COVID,” David Beasley, executive director of the U.N. World Food Program, told Reuters in Doha, saying that about 14 million people were threatened with starvation.

The U.N. human rights chief said she had received credible reports of serious violations by the Taliban, including “summary executions” of civilians and Afghan security forces who had surrendered. The Taliban have said they will investigate reports of atrocities.

The Taliban’s 1996-2001 rule was marked by harsh sharia law, with many political rights and basic freedoms curtailed and women severely oppressed. Afghanistan was also a hub for anti-Western militants, and Washington, London and others fear it might become so again.

The Taliban said all foreign evacuations must be completed by Aug. 31. It has asked the United States to stop urging talented Afghans to leave while also trying to persuade people at the airport to go home, saying they had nothing to fear.

“Foreign troops should withdraw by the deadline. It will pave the way for resumption of civilian flights,” Taliban spokesman Suhail Shaheen said on Twitter.

“People with legal documents can travel through commercial flights after Aug. 31.”

The Dutch government said it was all but certain that many people eligible for asylum would not be taken out in time.

Dutch troops had managed to get more than 100 people to Kabul airport, Foreign Minister Sigrid Kaag said, but hundreds of others risked being left behind.

The U.S.-backed government collapsed as the United States and its allies withdrew troops two decades after they ousted the Taliban in the weeks after the Sept. 11, 2001, attacks on the United States by al Qaeda, whose leaders had found safe haven in Taliban-ruled Afghanistan.

The Taliban were also switching focus from their military victory to how to run a country in crisis. They have appointed veteran figures to the posts of finance minister and defense minister since wresting control of all government offices, the presidential palace and parliament, two Taliban members said.