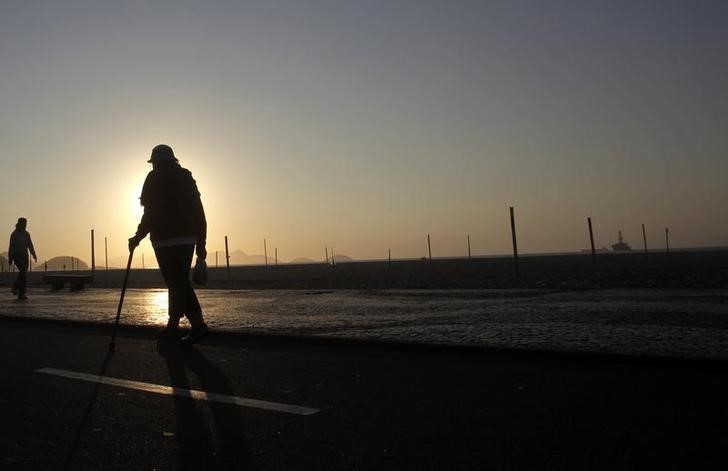 WASHINGTON (Reuters) – While the era of “alternative facts” dawned in Washington last week, experts from across the ideological spectrum gathered in the capital for a review of real facts about our two most important retirement programs: Social Security and Medicare.

The annual policy research conference of the National Academy of Social Insurance (NASI) focused on the group’s new report to the Donald Trump administration and Congress on the future of all our social insurance programs – those that cover retirement, but also those that protect the disabled, jobless, impoverished poverty and frail.

As such, it reflects a set of consensus facts that should inform the looming debates about the future of social insurance at a time when these programs certainly will be under assault from budget cutters.

Here are a few facts on Social Security and Medicare that caught my eye:

FACT: Social Security benefits already have been cut. Raising the retirement program’s full retirement age to 70 is mentioned often as a way to solve the program’s long-term imbalance between costs and revenue. But did you know that Social Security benefits already are scheduled to be cut 24 percent? That is the average cumulative reduction in enrollee benefits by 2050 due to reforms passed by Congress in 1983, driven mainly by a gradual increase in full retirement ages from 65 to 67.

Since Social Security cannot deficit-spend as a matter of law, legislative reform will be needed by 2034 in order to avoid an immediate 21 percent cut in benefits. The reforms could include new revenue to the system, benefit cuts or a combination of both. Raising the retirement age to 70 would effectively cut benefit payouts by raising the bar on the age an enrollee must reach to receive her full benefit.

Raising the retirement age would whack benefits further, and we have much better options, including lifting the cap on wages subject to property taxes, or raising payroll tax rates very gradually.

FACT: Social Security matters to high-income households. We will hear calls to transform it into a means-tested program for the poor. But Social Security is the largest source of income for a majority of retired workers and their surviving spouses.

Eighty-four percent of all people over 65 and about 90 percent of surviving spouses over 65 receive income from Social Security, and for three-fifths of them, Social Security makes up at least 50 percent of their income. “Many upper middle class people assume that it’s mostly important for poor people, but that’s not the case,” said Benjamin Veghte, NASI’s vice president for Policy.

Proposals to restore solvency by means-testing Social Security would tear at a core design feature – its universality. At a time when a majority of households have not been able to save adequately for retirement, Social Security will remain critical.

MEDICARE: NO CAUSE FOR ALARM

FACT: Medicare is not facing a financial crisis. Politicians pushing Medicare reforms often claim that the program is teetering on the brink, but the NASI researchers conclude otherwise.

Let us start with the basics on how Medicare’s various “parts” are funded. Part A (hospitalization) is funded mainly by a 2.9 percent payroll tax split by employers and workers. For Parts B (outpatient services) and D (prescription drugs), 75 percent of funding comes from general federal revenue, with the remainder funded by enrollee premiums.

The Hospital Insurance trust fund that finances Part A can meet all its obligations through 2028, according to the program’s trustees. At that point, incoming revenue would cover 87 percent of expected costs, so there is a need to close the shortfall with additional revenue, less spending or a combination of the two.

But the NASI experts note that historical trustee projections regarding how soon the trust fund will become insolvent have varied widely – as little as two years, and as much as 28. “There’s no big cause for alarm in the current projection,” said Veghte.

Parts B and D cannot run out of money because they have permanent appropriations to cover whatever premiums do not. The cost of those programs will grow in the years ahead as the population ages, and as healthcare costs rise – especially prescription drugs. But that trend is not driven by Medicare itself, but by the cost of healthcare.

Overall Medicare spending is not out of control – per-enrollee outlays rose at an average annual rate of 5.5 percent, somewhat slower than the 6.3 percent average annual growth rate in private insurance spending per enrollee between 1989 and 2014. In addition, cost containment measures within the Affordable Care Act improved the outlook substantially, pushing the insolvency date out by 11 years.

“The problem really is healthcare cost, and how to control it,” said Veghte.

The 200-page report is exhaustive, thorough and authoritative. I encourage anyone interested in the facts on any of our social insurance programs to download it and read. You can find it here: (http://bit.ly/2kpgtNy)