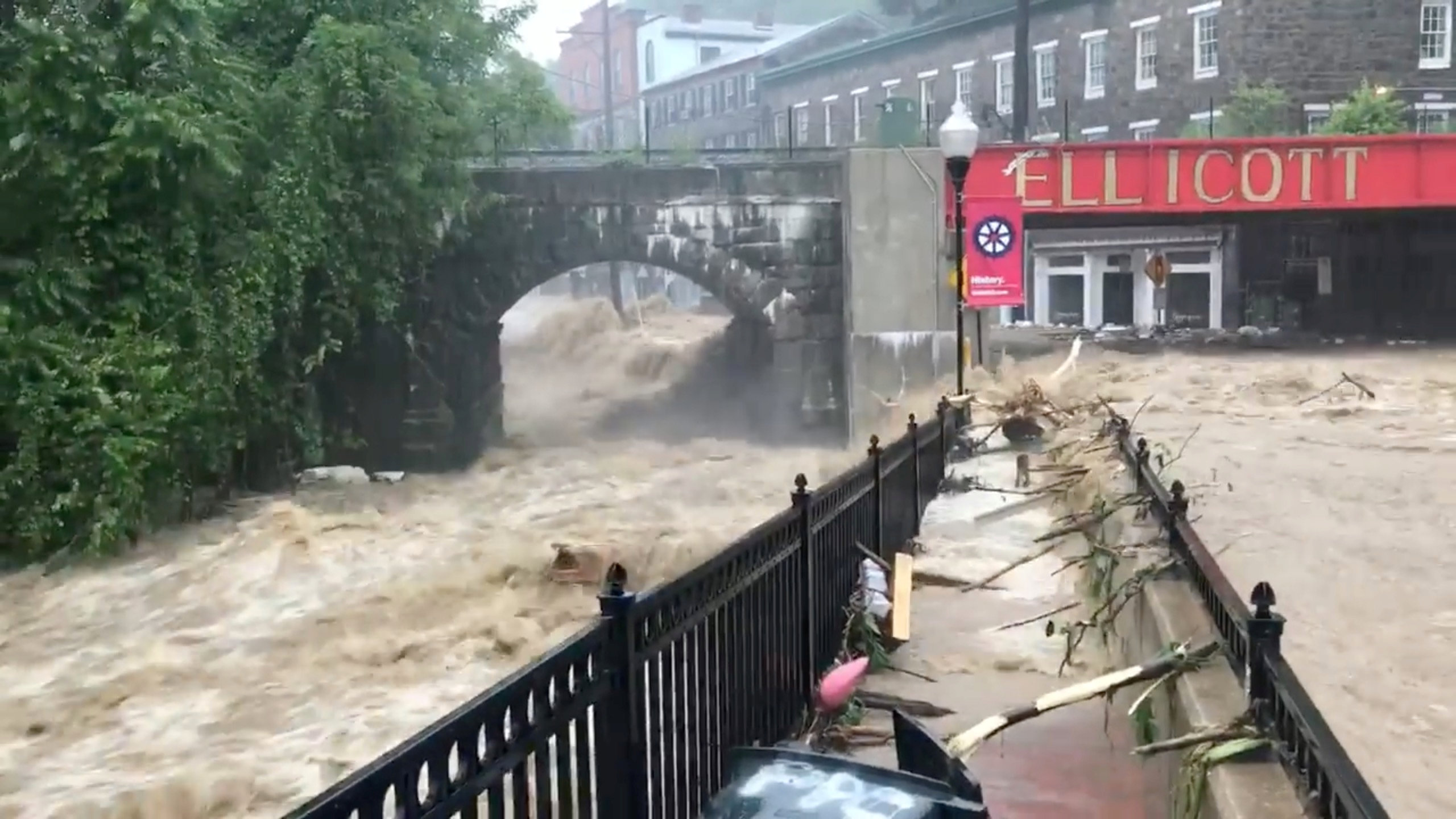 (Reuters) – Subtropical Storm Alberto is expected to bring drenching rains to the Florida Panhandle when it makes landfall on Monday, the day after a separate storm triggered a flood that tore through a historic Maryland town and swept away a man who was trying to help rescue people, officials said.

Forecasters said Alberto could bring life-threatening high water to southern coastal states when it slams an area from Mississippi to western Georgia with up to 12 inches (30 cm) of rain and possible tornadoes. 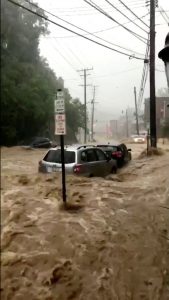 Flooding is seen in Ellicott City, Maryland, U.S. May 27, 2018, in this still image from video from social media. Twitter/@ryguyblake/via REUTERS

“Alberto has maximum sustained winds of 65 miles per hour (105 km per hour) which is about 10 miles (16 km) shy of being a hurricane. This is definitely a dangerous storm,” said David Roth, a meteorologist with the National Weather Service’s Weather Prediction Center in College Park, Maryland.

Authorities in Florida’s Franklin and Taylor counties issued mandatory evacuation orders for thousands of coastal residents. Florida, Alabama and Mississippi are under states of emergency.

Alberto, the first named Atlantic storm of 2018, is expected to reach land on the Gulf Coast on Monday afternoon or evening, the center said. The storm spun up days before the formal June 1 start of the hurricane season.

Deadly hurricanes in the United States and the Caribbean last year caused hundreds of billions of dollars in damage, massive power outages and devastation to hundreds of thousands of structures.

After reaching the coast, the storm will bring powerful winds and heavy rains as it moves into the Tennessee Valley on Tuesday and Wednesday, the hurricane center said. The storm, coming on the last day of the Memorial Day weekend, was expected to scramble holiday travel on Monday.

Authorities in Howard County, Maryland, said a 39-year-old man was missing after flash flooding from a separate storm tore through the historic downtown of Ellicott City on Sunday. The man was swept away as he tried to help rescue people from floodwaters.

The area had barely recovered from a devastating flood about two years ago that killed two people and damaged dozens of buildings.

(Reporting by Jon Herskovitz in Houston; Additional reporting by Rich McKay in Atlanta and Ian Simpson in Washington; Editing by Alison Williams and James Dalgleish)