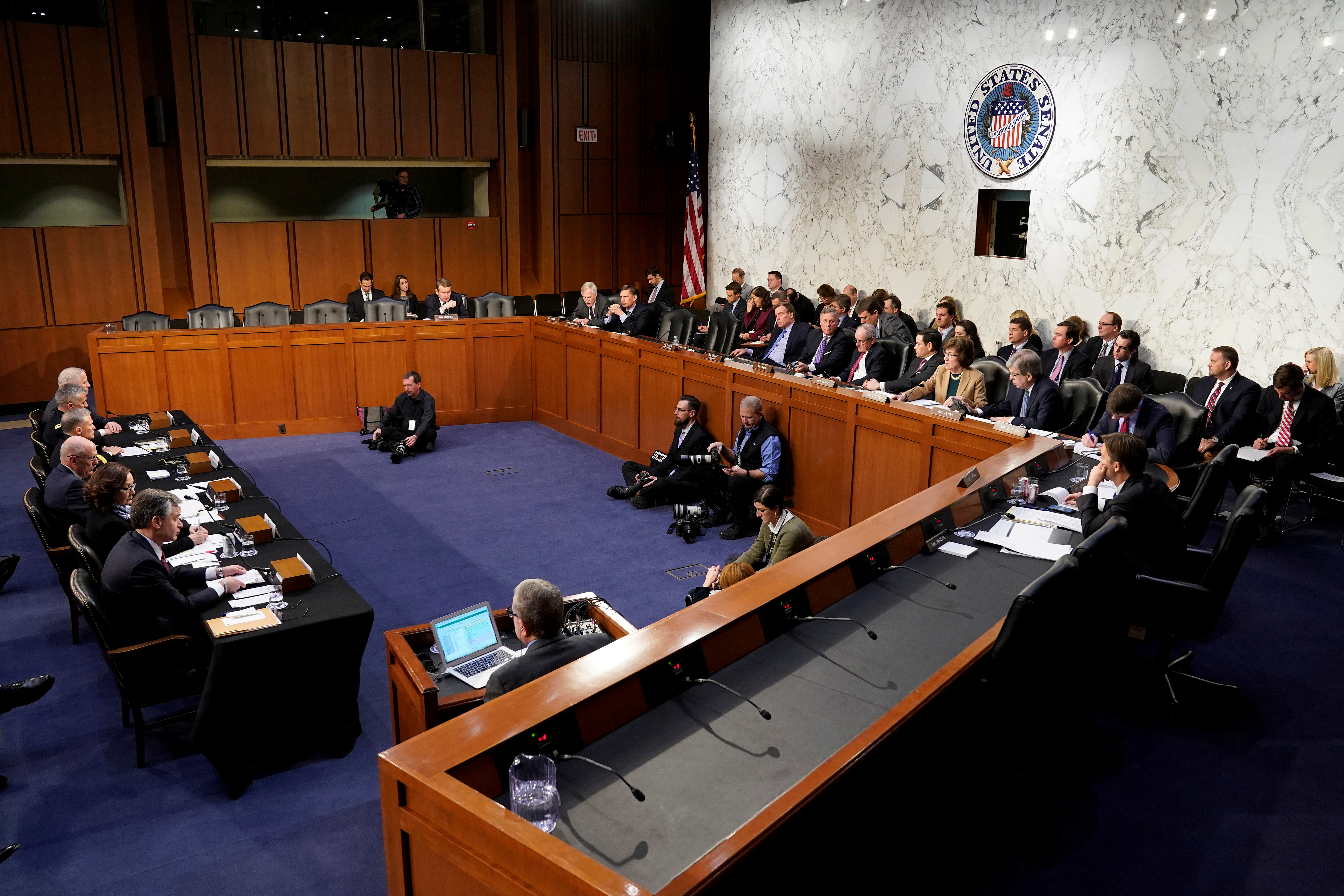 WASHINGTON (Reuters) – China and Russia pose the biggest risks to the United States, and are more aligned than they have been in decades as they target the 2020 presidential election and American institutions to expand their global reach, U.S. intelligence officials told senators on Tuesday.

The spy chiefs broke with President Donald Trump in their assessments of the threats posed by North Korea, Iran and Syria. But they outlined a clear and imminent danger from China, whose practices in trade and technology anger the U.S. president.

While China and Russia strengthen their alliance, Director of National Intelligence Dan Coats said some American allies are pulling away from Washington in reaction to changing U.S. policies on security and trade.

The directors of the CIA, FBI, National Security Agency and other intelligence agencies flanked Coats at the Senate Intelligence Committee hearing. They described an array of economic, military and intelligence threats, from highly organized efforts by China to scattered disruptions by terrorists, hacktivists and transnational criminals. 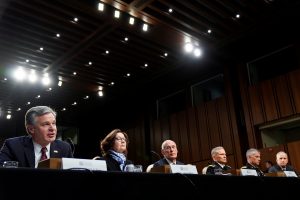 “China, Russia, Iran, and North Korea increasingly use cyber operations to threaten both minds and machines in an expanding number of ways – to steal information, to influence our citizens, or to disrupt critical infrastructure,” Coats said.

“Moscow’s relationship with Beijing is closer than it’s been in many decades,” he told the panel.

The intelligence officials said they had protected the 2018 U.S. congressional elections from outside interference, but expected renewed and likely more sophisticated attacks on the 2020 presidential contest.

The intelligence chiefs’ assessments broke with some past assertions by Trump, including on the threat posed by Russia to U.S. elections and democratic institutions, the threat Islamic State poses in Syria, and North Korea’s commitment to denuclearize.

Coats said North Korea is unlikely to give up its nuclear weapons. Trump has said the country no longer poses a threat.

Coats also said Islamic State would continue to pursue attacks from Syria, as well as Iraq, against regional and Western adversaries, including the United States. Trump, who plans to withdraw U.S. troops from Syria, has said the militant group is defeated.

The intelligence officials also said Iran was not developing nuclear weapons in violation of the 2015 nuclear agreement, even though Tehran has threatened to reverse some commitments after Trump pulled out of the deal.

“Increased cooperation between Russia and China – for a generation that hasn’t been the case – that could be a very big deal on the horizon in terms of the United States,” said Senator Angus King, an independent who caucuses with Democrats.

The officials painted a multifaceted picture of the threat posed by China, as they were questioned repeatedly by senators about the No. 2 world economy’s business practices as well as its growing international influence.

He said almost all the economic espionage cases in the FBI’s 56 field offices “lead back to China.”

Coats said intelligence officials have been traveling around the United States and meeting with corporate executives to discuss espionage threats from China.

He said China has had a meteoric rise in the past decade, adding, “A lot of that was achieved by stealing information from our companies.”

Speaking in Beijing, Chinese foreign ministry spokesman Geng Shuang said he hoped the United States would abandon its zero-sum thinking and work with China, Russia and the rest of the international community to ensure global security.

Senator Mark Warner, the panel’s top Democrat, said he was particularly concerned about Russia’s use of social media “to amplify divisions in our society and to influence our democratic processes” and the threat from China in the technology arena.

The Senate Intelligence Committee is one of several congressional panels, along with Special Counsel Robert Mueller, investigating whether there were any connections between Trump’s 2016 and Russian efforts to influence the election.

Russia denies attempting to influence U.S. elections, while Trump has denied his campaign cooperated with Moscow.

Coats declined to respond when Democratic Senator Ron Wyden asked whether Trump’s not releasing records of his discussions with Russian President Vladimir Putin put U.S. intelligence agencies at a disadvantage.

“To me from an intelligence perspective, it’s just Intel 101 that it would help our country to know what Vladimir Putin discussed with Donald Trump,” Wyden said.