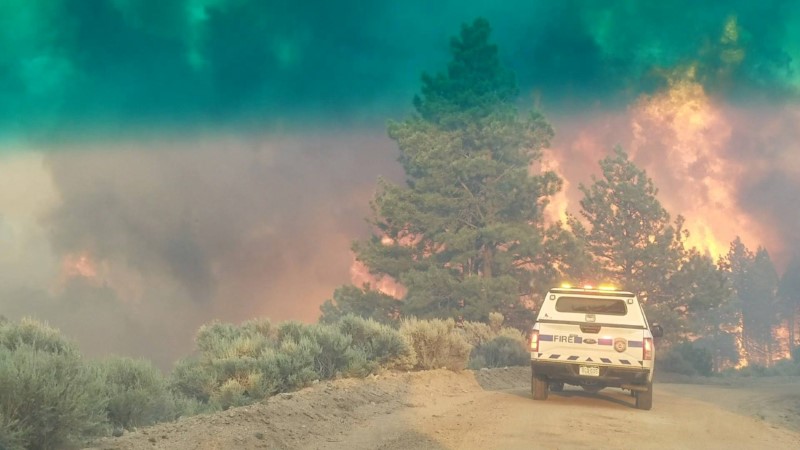 DENVER (Reuters) – A Danish national accused of starting the second-largest wildfire on record in Colorado was charged on Thursday with 141 counts of first-degree arson for each building destroyed in the massive blaze, court documents showed.

Jesper Joergensen, 52, was advised of the felony charges in Costilla County Court via a telephone hook-up from the county jail where he is being held on a $50,000 bond for igniting the Spring Creek Fire in southern Colorado on June 27.

The blaze has scorched nearly 108,000 acres in the Sangre de Cristo Mountains, although wetter weather and mild temperatures this week have allowed crews to carve containment lines around 83 percent of the fire by Thursday afternoon, according to the InciWeb federal tracking website.

It is unclear from the charging documents how many of the 141 structures destroyed are homes.  Fire managers earlier said more than 130 homes had been reduced to ash.

Joergensen’s court-appointed attorney did not immediately respond to a request for comment, but Joergensen denied to police that he intentionally started the fire, according to an arrest warrant affidavit.

U.S. wildfires have already burned more than 3.3 million acres (1.3 million hectares) this year, more than the annual average of about 2.6 million acres over the past 10 years, according to the National Interagency Fire Center (NIFC) tracking website.

The American West has been particularly hit hard by wildfires this season, with 50 active fires burning in the region on Thursday, the agency said.

Colorado has suffered 589 fires so far this year, burning a total of 431,540 acres up to Tuesday morning, according to preliminary data provided by NIFC. That is nearly four times the 111,667 acres burned in all of 2017 in the state, according to NIFC data.

Joergensen told investigators that he thought a fire he lit for cooking while camping in the area was extinguished, but that the next day he saw a fire burning in the tinder-dry brush 20 feet away from his camper, police said.

Joergensen was in the United States on a visa which had expired and was living in the country illegally, the police affidavit said.

U.S. Immigration and Customs Enforcement (ICE) has placed an immigration detainer on Joergensen for possible deportation proceedings whenever he is released from state custody, the agency said in a statement. He is due back in court in August.

(Reporting by Keith Coffman in Denver; Editing by Dan Whitcomb and Grant McCool) 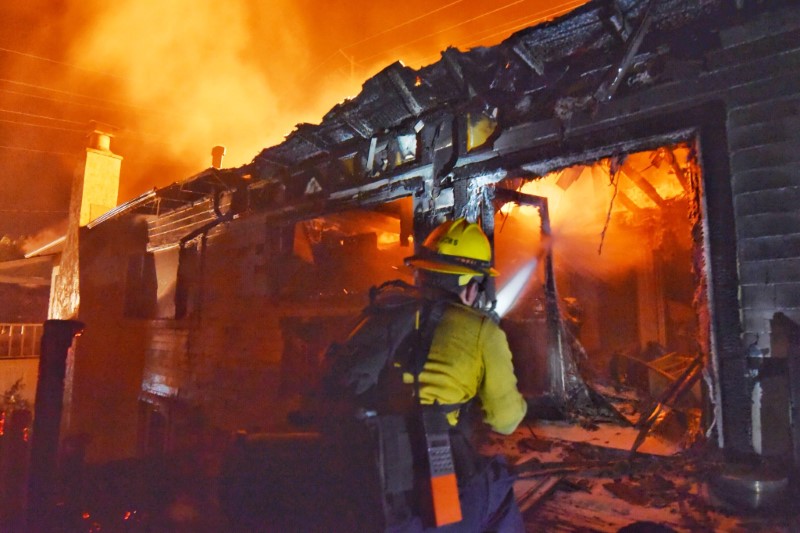 LOS ANGELES (Reuters) – California firefighters battling several wildfires that have destroyed dozens of structures and forced thousands of residents to evacuate will get some relief as temperatures cool from scorching levels later this week, the National Weather Service (NWS) said.

“Starting Monday we’re going to see a gradual cool down, as we shave just a few degrees off each day until about midweek it gets to something like normal, in the mid-90s (Fahrenheit) inland and 80s at the coast,” said Jim Hayes of the NWS Weather Prediction Center in College Park, Maryland.

Dozens of blazes have broken out across the western United States, fanned by scorching heat, winds and low humidity in a, particularly intense fire season.

This year’s fires had burned more than 2.9 million acres (1.17 million hectares) through Friday, already more than the annual average of about 2.4 million acres (971,000 hectares)over the past 10 years, according to the National Interagency Fire Center.

The Klamathon Fire, which has destroyed 81 structures and blackened about 35,000 acres (14,160 hectares), was 25 percent contained on Sunday evening, according to Cal Fire. More than 1,500 people have been affected by the flames.

Authorities said steep terrain and erratic winds have made it difficult for firefighters to fight the Klamathon Fire.

Elsewhere in Northern California, the County Fire has charred more than 90,200 acres (36,500 hectares) in sparsely populated wooded areas of Napa and Yolo Counties.

In Colorado, officials said fire crews had made “much progress” battling the Spring Creek Fire, which broke out on June 27 and has consumed 106,985 acres (43,295 hectares). It was 43 percent contained on Saturday, the officials said.