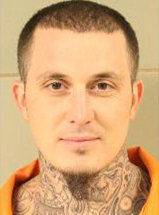 (Reuters) – A white nationalist gang leader facing federal charges escaped from an Arkansas jail along with another inmate on Thursday, officials said.

Wesley Gullett, who prosecutors earlier this year said was the head of the New Aryan Empire, was found to be missing early on Wednesday at the Jefferson County Jail in Pine Bluff, a city about 30 miles (50 km) south of Little Rock, the U.S. Marshals Service said in a statement.

The New Aryan Empire began as a prison gang and branched out beyond prisons, with members committing violence to support a large drug-trafficking operation, the Department of Justice said in February. 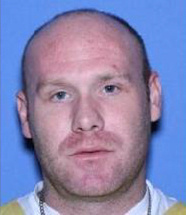 The other inmate missing was Christopher Sanderson, 34, who was charged with being a felon in possession of a firearm, the Marshals Service said. His prior convictions include possession of methamphetamine with intent to deliver and theft.

Federal prosecutors in 2017 charged Gullett and more than 40 other people with conspiracy to distribute methamphetamine, according to court documents.

This past February, a federal grand jury named other defendants and brought additional charges. For Gullett, those new charges included attempted murder and assault with a dangerous weapon in aid of racketeering, according to the U.S. Department of Justice.

Gullett, 30, who is from Russellville, Arkansas, has pleaded not guilty.

The Marshals Service has offered a $10,000 reward for information leading to the capture of Gullett and a $5,000 reward for Sanderson and agency officials warned that both men should be considered armed and dangerous.