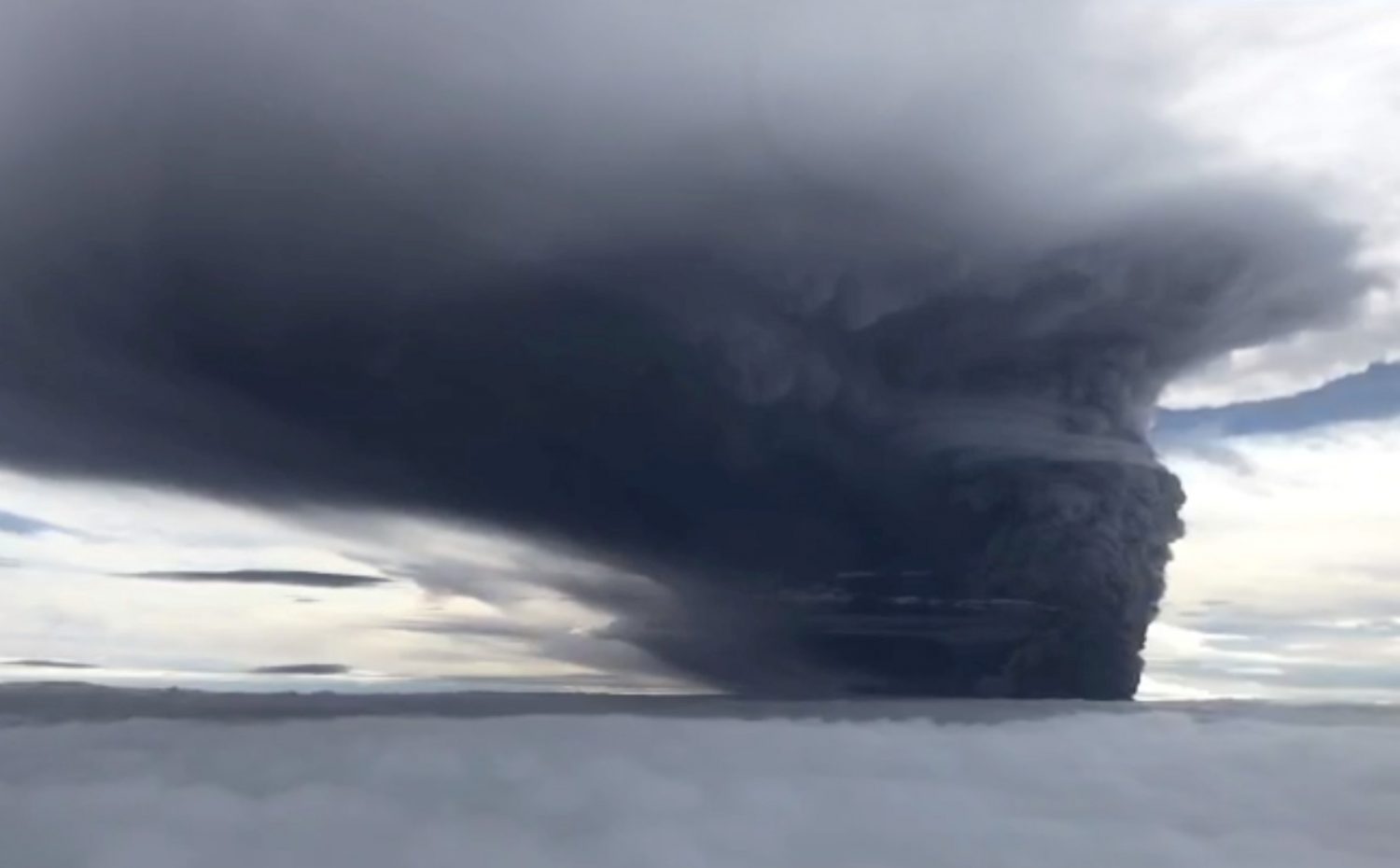 Mount Ulawun on PNG’s northeastern island of New Britain exploded suddenly on Wednesday, shooting an ash column 18 km (11.18 miles) into the air, while nearby Manam erupted on Friday, sending dangerous pyroclastic flows down its slopes.

There were no reported casualties but the eruptions destroyed homes, plantations and wells, leaving villagers without food and water while ash columns disrupted domestic flights.

The International Federation of the Red Cross and Red Crescent Societies (IFRC) said as of Sunday, 3,775 people had fled the Manam eruption and 11,047 people from the Mount Ulawun eruption and taken shelter in refugee centers.

Volcanic ash has blanketed the area with tiny glass-like particles that can permanently damage the lungs, leading to sickness or death.

Leo Mapmani of the West New Britain Provincial Disaster Centre said health risks from the ash falls meant people were unable to return to their homes while the dust would damage food crops if rains did not wash it off soon.

“If it is on the hilltops and the treetops and the wind blows, people will inhale it,” he told Reuters by telephone from West New Britain’s provincial capital of Kimbe.

“We had nowhere to go so we went under the house and hid there for at least eight hours,” he said from Manam Island.

It was unclear when villagers would be able to return to their homes, he said.

Steve Saunders, principal geodetic surveyor at the Rabaul Volcano Observatory told Reuters that Manam was expected to continue to erupt with active lava flows from the summit to the sea.

“Satellites are monitoring the gas and temperatures and we’re monitoring deformation to see if we have any uplift,” he said. 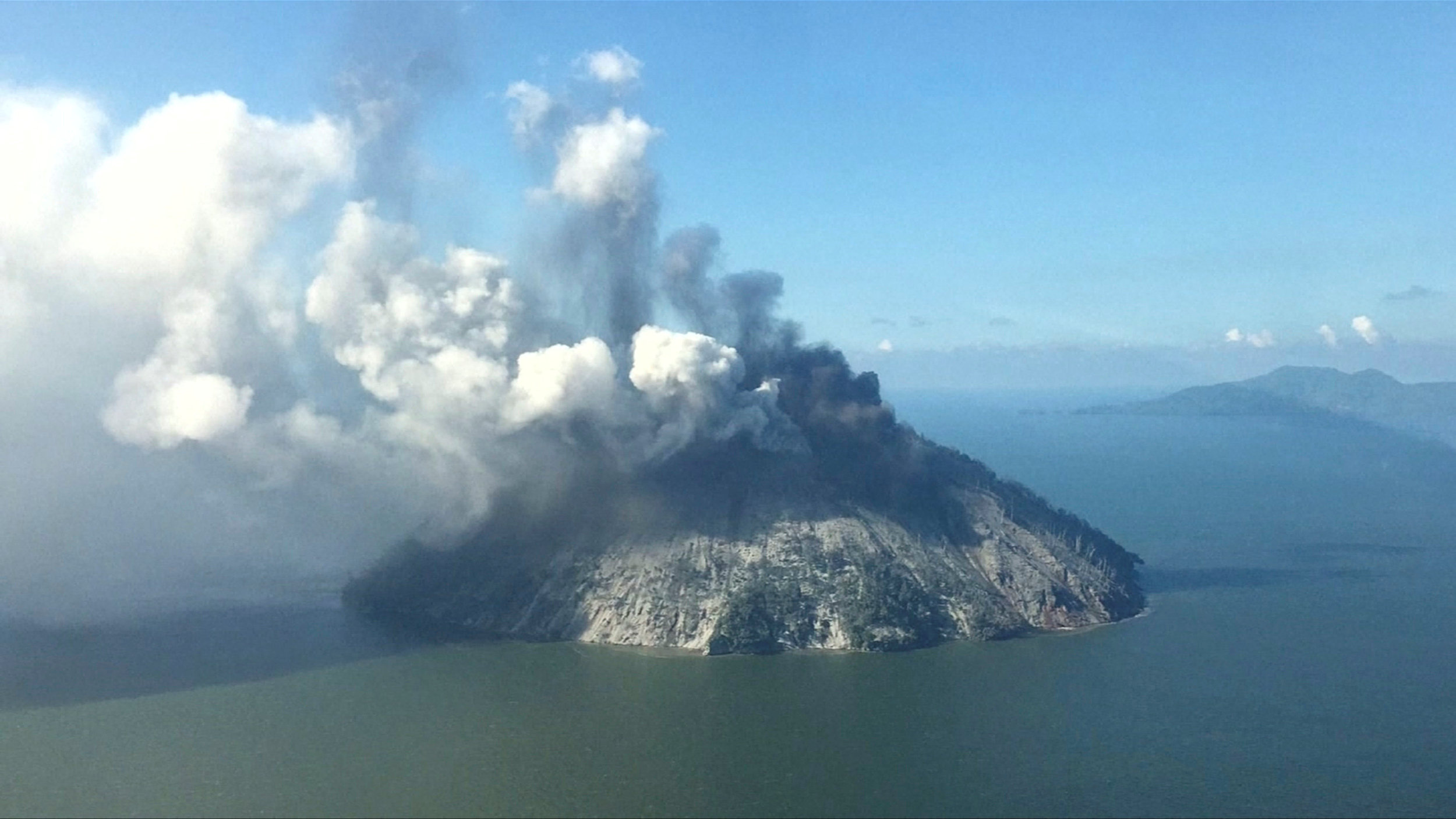 SYDNEY (Reuters) – About 1,500 people are being evacuated from an island off the northern coast of Papua New Guinea (PNG) after a nearby volcano erupted, the local Red Cross said on Sunday.

A volcano on the island of Kadovar, located about 24 km (15 miles) north of the Papuan mainland, began erupting on Jan. 5. That prompted the evacuation of 590 people on Kadovar to the nearby island of Blup Blup.

After venting ash for several days, the volcano exploded on Friday, blasting out glowing red rocks and sulphur dioxide, the Rabaul Volcanological Observatory said in a bulletin. The PNG government then decided to evacuate Blup Blup as well because of issues with supplying people on the island along with the danger from the eruption.

The evacuees are being moved to the mainland and the International Red Cross is providing about 87,000 kina ($26,274) in funding to help them, said PNG Red Cross Secretary General Uvenama Rova by telephone from the capital of Port Moresby.

“The people there, as the volcano erupted, they rushed immediately to escape. So they are in immediate need of food, water, shelter and clothing as well,” he said.

In the latest bulletin issued on Sunday, the Observatory said a dome of lava on Kadover was visible in the sea at the base of thick white steam clouds that are rising to 600 meters (1,969 feet) above sea level.

Australia’s Foreign Minister Julie Bishop announced on twitter that the Australian Government was contributing A$25,000 ($19,775) worth of humanitarian supplies for those affected.

There are no confirmed records of a previous eruption of Kadovar, said Chris Firth, a vulcanologist at Macquarie University, but scientists speculate it could have been one of two “burning islands” mentioned in the journals of a 17th-century English pirate and maritime adventurer, William Dampier. 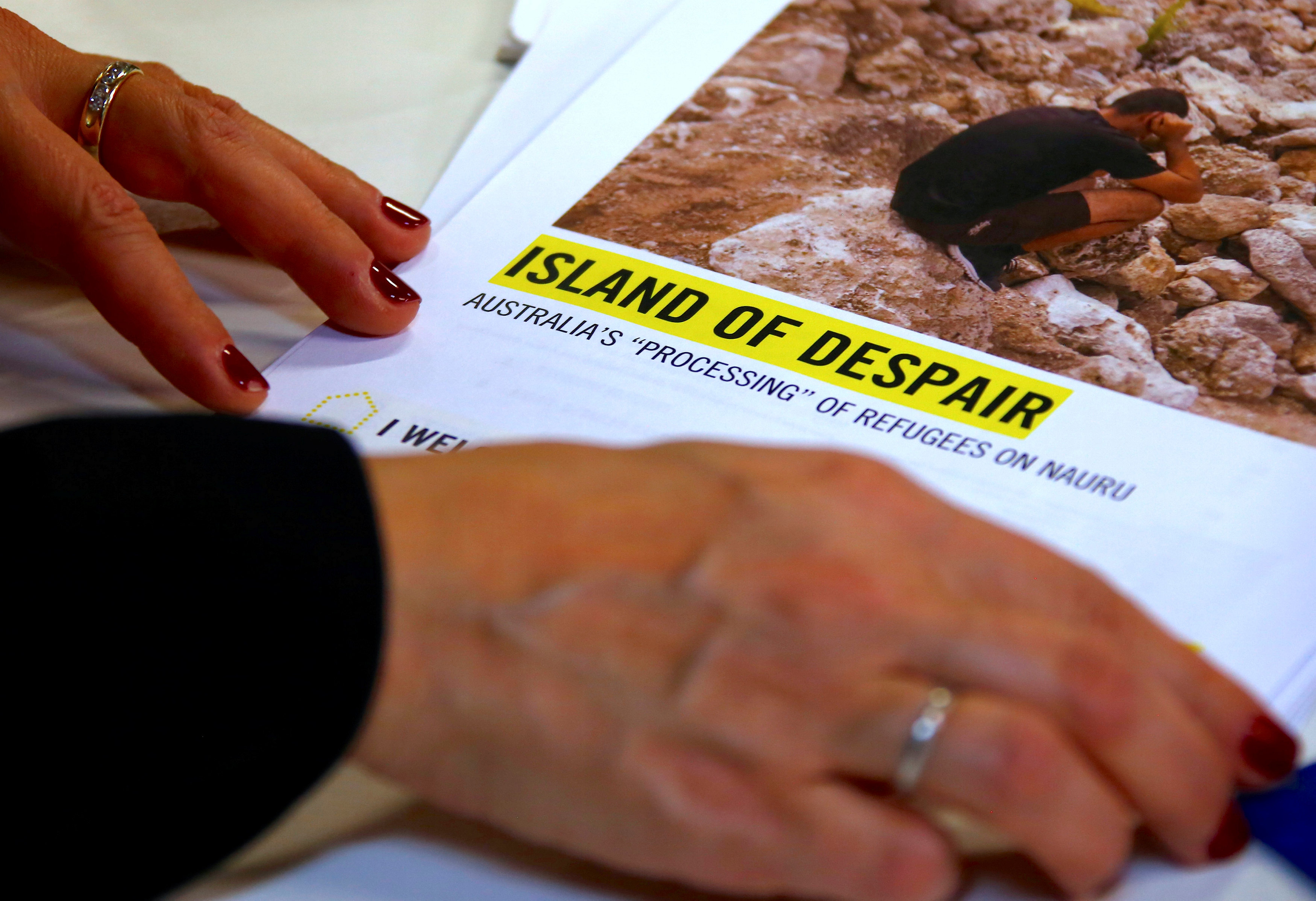 SYDNEY (Reuters) – Many of the 410 asylum seekers held on a tiny Pacific Island are being driven to attempt suicide to escape the prison-like conditions they face in indefinite detention on behalf of Australia, rights group Amnesty International said on Monday.

Under Australia’s tough immigration policy, asylum seekers intercepted trying to reach the country by boat are sent for processing at a camp in Nauru or to Manus Island in Papua New Guinea (PNG) and are not eligible for resettlement in Australia.

“I met children as young as nine who had already tried to kill themselves and were talking openly about ending their lives,” said Anna Keistat, an Amnesty official, who is one of a handful of international observers to have visited Nauru. 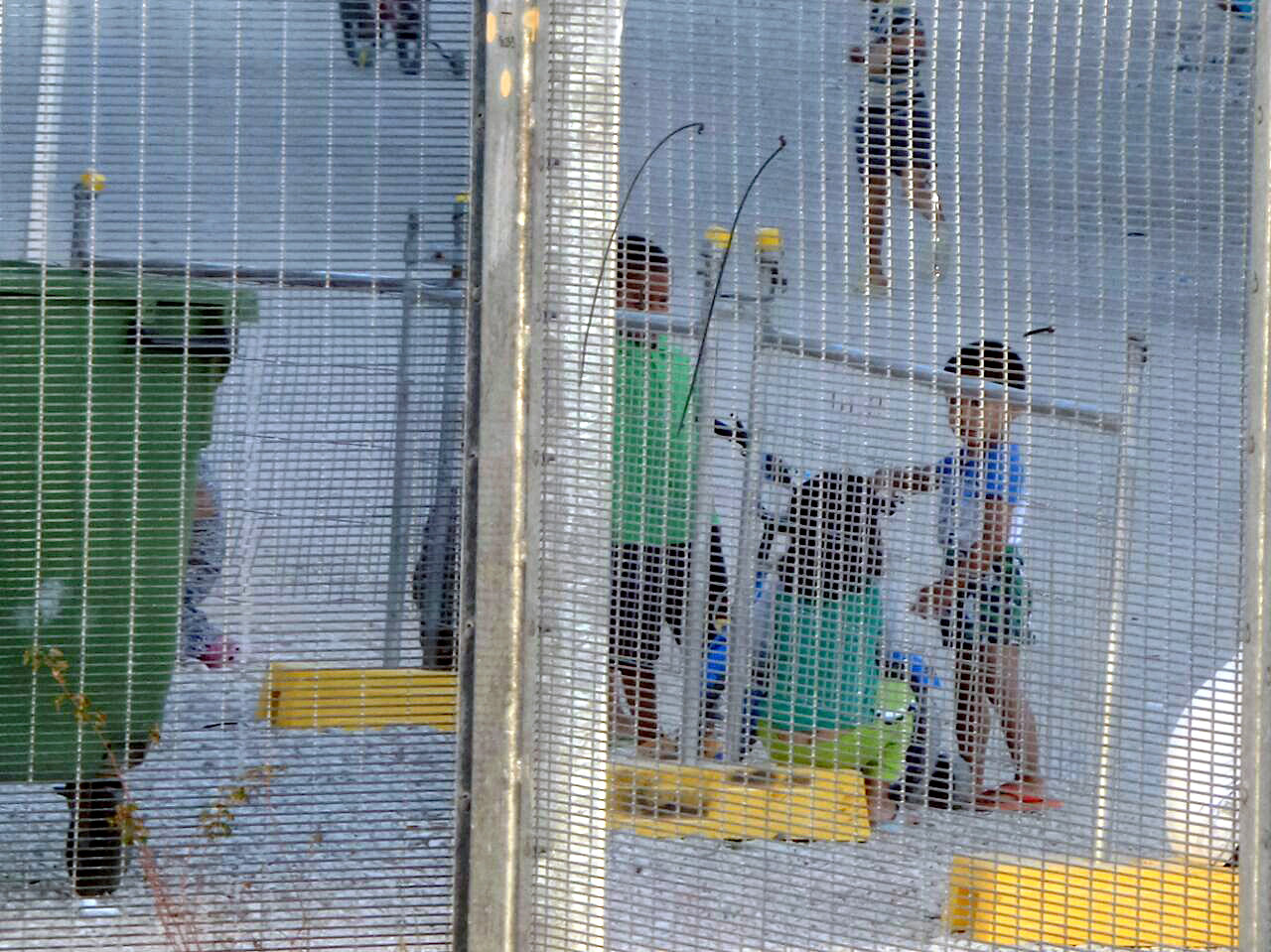 “Their parents were talking about hiding everything, sharp objects, pills, and not allowing them to leave the house, because they were so worried their children would end their lives,” said Keistat, who spent six days in Nauru in August.

Amnesty said that 58 detainees, or about 15 percent of the total on Nauru, to whom it spoke for its report, had either attempted suicide or have had thoughts about harming themselves.

A spokesman for Australia’s immigration minister did not immediately respond to a request for comment on the report.

Many of the 410 men, women and children Australian figures show to have been in detention on Nauru by August 31 have been confirmed as refugees and have been there for several years.

Despite the refugee status, they continue to be confined to poor accommodation with little access to medical care, Amnesty said, adding that children, who make up little more than a tenth of the number of detainees, suffer disproportionately.

Amnesty joins a chorus of criticism of Australia’s immigration policy from human rights groups, and comes just weeks after the United Nations said Nauru was failing to protect children.

International condemnation of Australia was stoked after more than 2,000 incidents, including sexual abuse, assault and attempted self-harm, were reported in about two years at an Australian detention center in Nauru, more than half involving children, the Guardian said.

Australia seeks to organize resettlement of the asylum seekers, Prime Minister Malcolm Turnbull has said. But with Australia unable to convince a third party to take them, the future of the detainees remains in question.

Australia’s detention center in Papua New Guinea (PNG) faces greater pressure, after PNG’s Supreme Court in April ordered its closure. The 823 men held on Manus Island have been given limited freedom, but they remain detained.