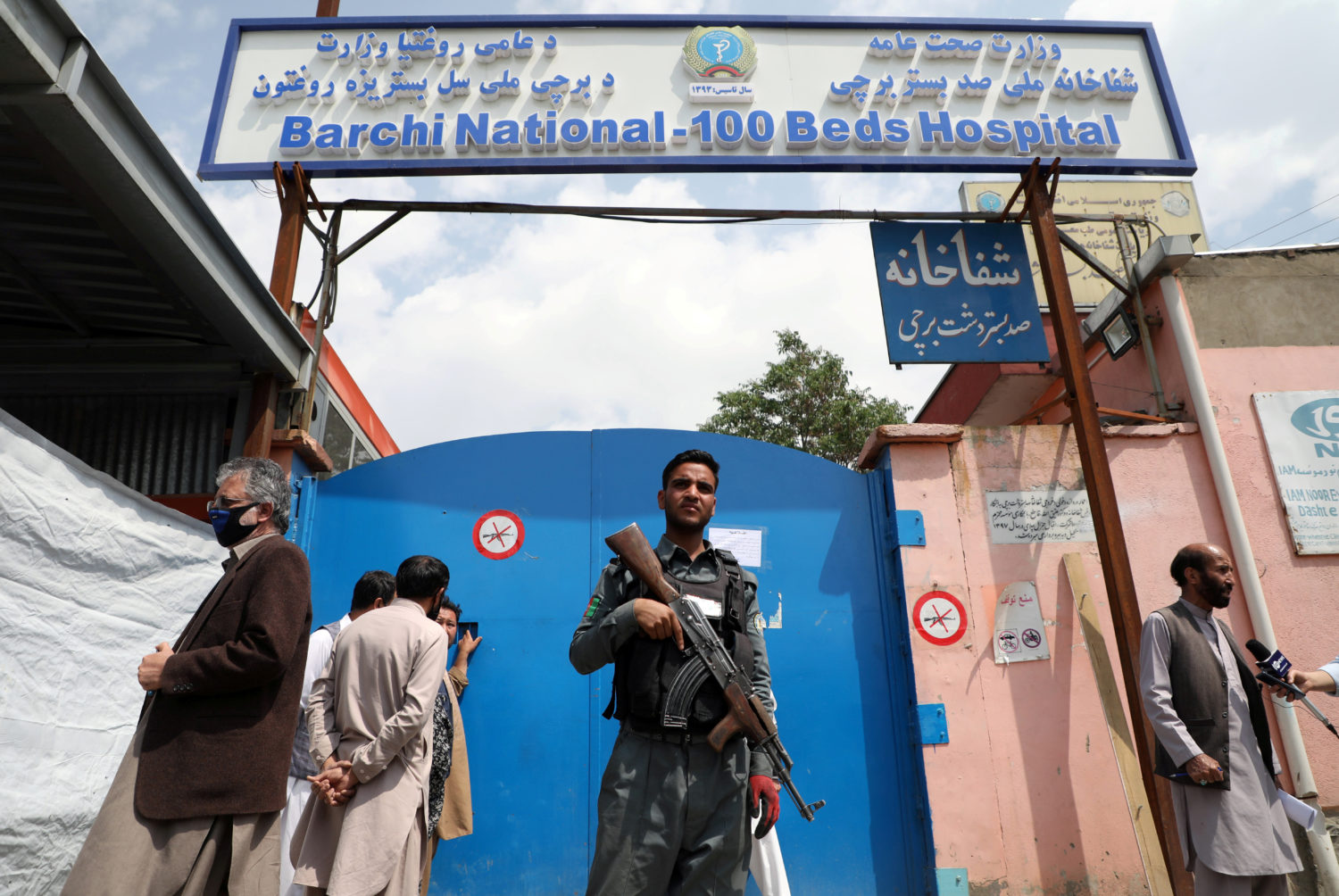 WASHINGTON (Reuters) – The United States on Thursday blamed Islamic State militants — not the Taliban — for a gruesome hospital attack in Afghanistan this week that killed two newborn babies, and it renewed calls for Afghans to embrace a troubled peace push with the Taliban insurgency.

But it was unclear if the U.S. declaration would be enough to bolster the peace effort and reverse a decision by the Kabul government to resume offensive operations against the Taliban.

Afghan President Ashraf Ghani ordered the military on Tuesday to switch to “offensive mode” against the Taliban following the hospital attack in Kabul and a suicide bombing in Nangarhar province that killed scores of people.

U.S. Special Representative Zalmay Khalilzad blamed Islamic State for both attacks in a statement issued on Twitter, saying the group opposed any Taliban peace agreement and sought to trigger an Iraq-style sectarian war in Afghanistan.

“Rather than falling into the ISIS trap and delay peace or create obstacles, Afghans must come together to crush this menace and pursue a historic peace opportunity,” Khalilzad said.

“No more excuses. Afghans, and the world, deserve better.”

An affiliate of the Islamic State militant group claimed responsibility for the Nangarhar bombing, according to the SITE Intelligence Group. No one has claimed the hospital attack.

The Taliban denied involvement in either attack, but the government accused the group of fostering an environment in which terrorism thrives or of working with other militant groups who could have been involved, straining U.S. efforts to bring the insurgents and Afghan government together.

The attacks were another setback to U.S. President Donald Trump’s stalled plans to bring peace to Afghanistan and end America’s longest war.

A Feb. 29 U.S.-Taliban deal called for a phased U.S. troop withdrawal and for the Afghan government and Taliban to release some prisoners by March 10, when peace talks were to start.

Intra-Afghan peace talks have yet to occur and there is some bitterness within the Afghan government, which was not a party to the Feb. 29 deal, that the United States undercut their leverage by negotiating directly with the Taliban.

Ghani’s decision to revive offensive operations is supported by many opposition figures, who believe Washington’s sole focus is to keep the U.S. troop withdrawal plan on track to help Trump win a second term in the Nov. 3 U.S. presidential election.