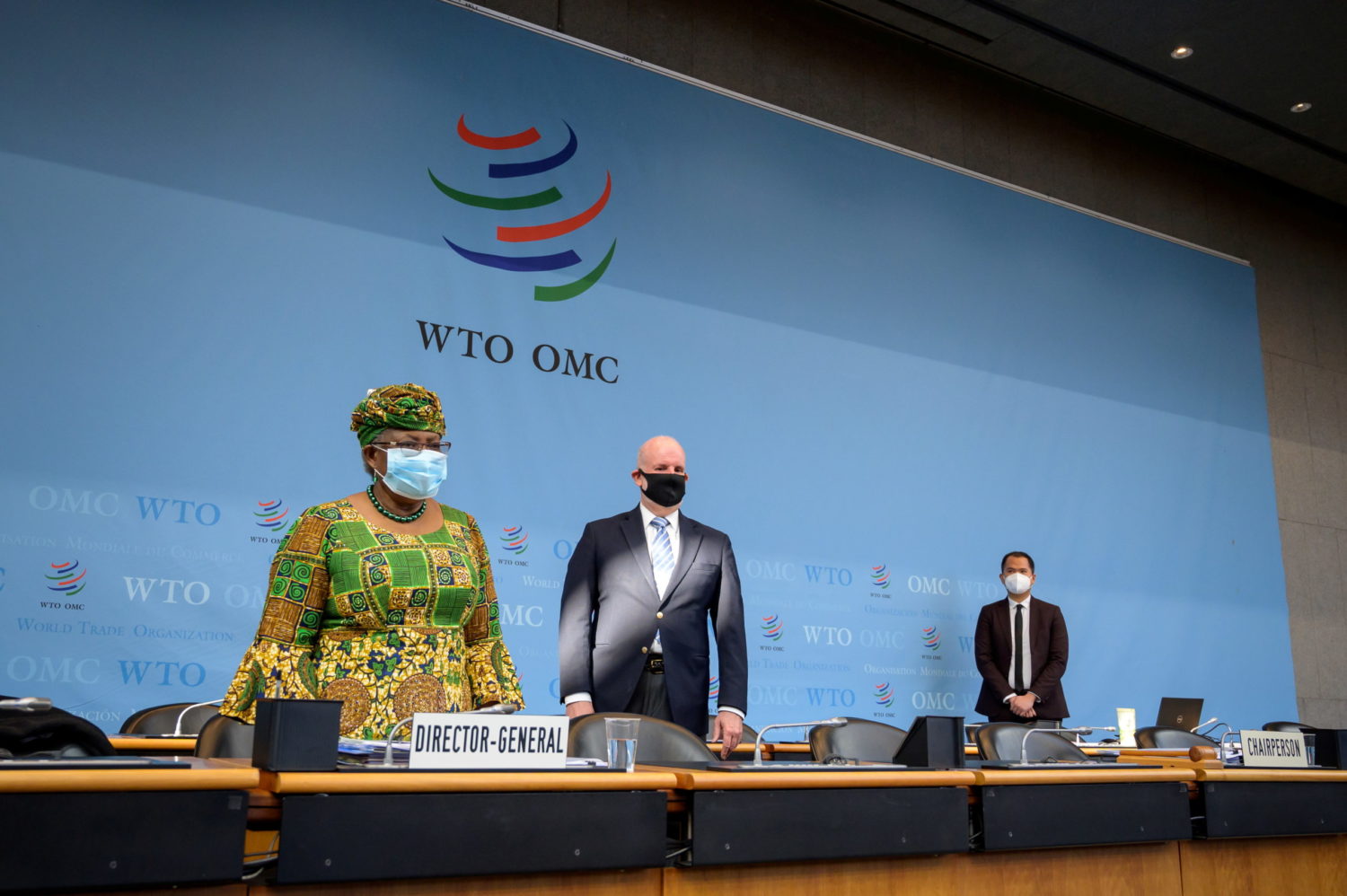 By Emma Farge and Philip Blenkinsop

“People are dying in poor countries,” Ngozi Okonjo-Iweala said on her first day in office. “The world has a normal capacity of production of 3.5 billion doses of vaccines and we now seek to manufacture 10 billion doses.”

Her call comes as a group of developing countries led by South Africa and India seek to waive intellectual property rights for COVID-19 drugs and vaccines, a move opposed by the United States, the European Union and other wealthy nations.

Okonjo-Iweala, the WTO’s first female and first African director-general, said that, while this debate continued, companies must be encouraged to open up and license more viable manufacturing sites now in developing countries.

In a speech to the WTO’s 164 member states, she said there was an upcoming world manufacturing convention and urged the start of dialogue with manufacturers associations.

After a long campaign that was derailed in the latter stages by a Trump administration veto, the 66-year-old Nigerian was confirmed as boss last month, pledging to “forget business as usual” at the WTO, which is struggling to strike new deals and whose arbitration functions are paralyzed.

“It feels great. I am coming into one of the most important institutions in the world and we have a lot of work to do. I feel ready to go,” Okonjo-Iweala told a reporter on arrival at the WTO’s lakeside Geneva headquarters where she donned a mask and elbow-bumped officials.

The former Nigerian finance and foreign minister aims to revive the global trade watchdog ahead of a major year-end meeting, saying she feared the world was leaving the WTO behind.

WTO delegates agreed to hold the next major ministerial conference in Geneva from Nov. 29.

The meeting was originally due to be held in Kazakhstan in 2020 but was delayed due to the pandemic. Okonjo-Iweala has said she hopes ministers at the year-end meeting can finalize deals on ending fisheries subsidies and reforms for the WTO’s top appeals body.

Since the WTO director-general holds few executive powers, some analysts question her ability to revive the body in the face of so many challenges, including persistent U.S.-China trade tensions and growing protectionism heightened by the pandemic.

(Reporting by Emma Farge and Philip Blenkinsop in Brussels; editing by Ed Osmond and Gareth Jones) 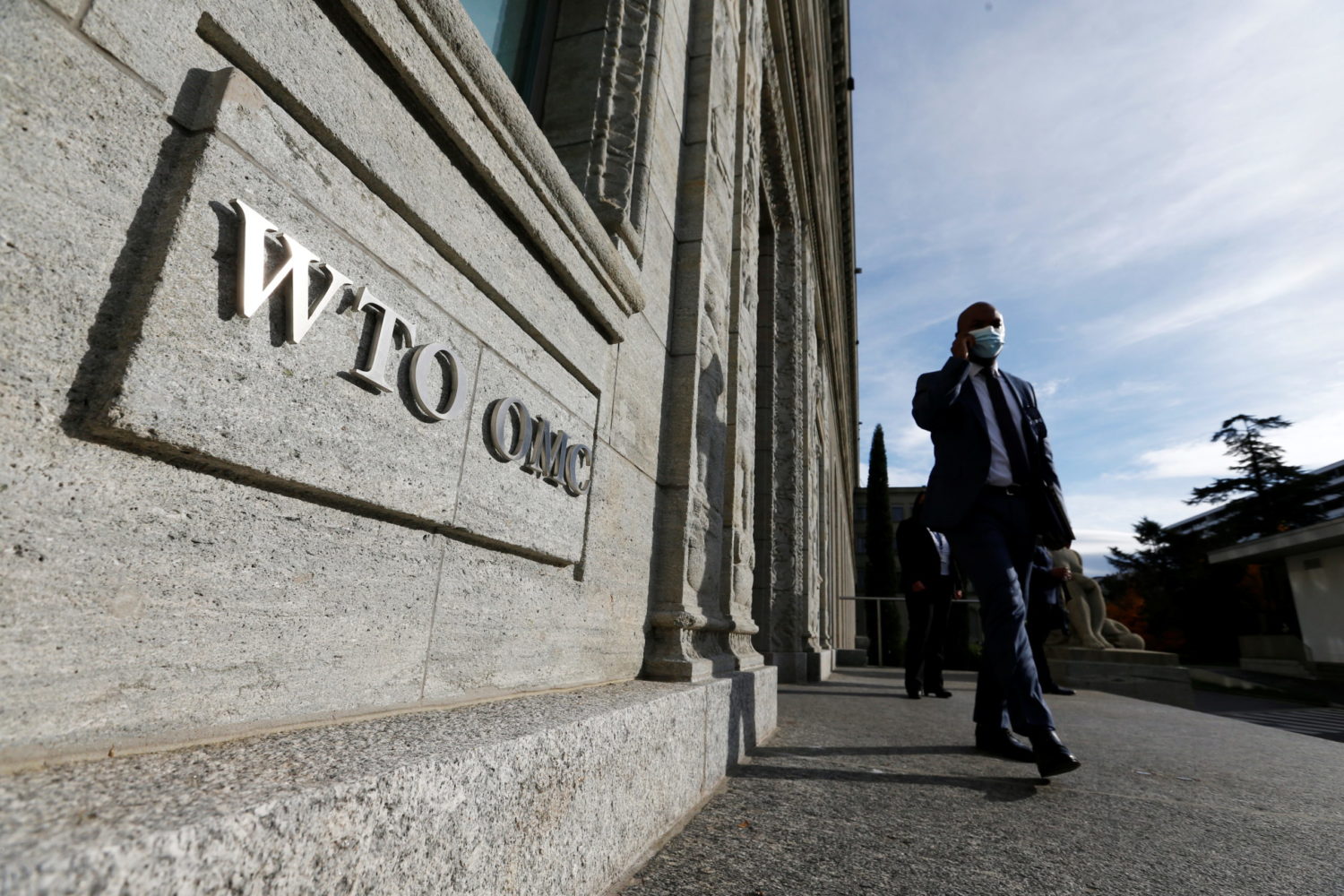 GENEVA (Reuters) – The World Trade Organization has cancelled a meeting on Nov. 9 to decide on the appointment of Nigeria’s Ngozi Okonjo-Iweala as the body’s next director general after the United States rejected her as a candidate.

Trade sources said they thought a factor in the delay was that there had been no indication the Trump administration – which will continue to govern trade policy in the weeks ahead irrespective of any U.S. election result – had switched its support to Okonjo-Iweala.

A WTO document seen by Reuters said: “For reasons including the health situation and current events, delegations will not be in a position to take a formal decision on 9 November.” It said it had been postponed until further notice.

As well as the impasse over the leadership, Geneva, home to the WTO, implemented COVID restrictions this week including a five-person cap on in-person meetings, although the organization has held many meetings virtually.

The WTO later confirmed the decision on its website, saying consultations would continue. The body usually chooses its new leader by consensus, with trade sources saying they would be reluctant to resort to a vote.

A high-powered WTO panel last month recommended Okonjo-Iweala, a former finance minister, to lead the global trade watchdog, setting her up to become its first African and first woman head.

However, the U.S.-backed South Korean candidate Yoo Myung-hee, has not withdrawn from the race, despite mounting diplomatic pressure.

There was no immediate comment from the U.S. Trade Representative’s office.

Okonjo-Iweala, currently chairing the GAVI vaccine alliance board, has vowed “positivity all the way” on her Twitter feed.

“Dr. Ngozi is very grateful for the WTO’s support and she’s ready to get to work as soon as possible,” her spokeswoman Molly Toomey said.

The Geneva-based body has been run by four deputies since Brazil’s Roberto Azevedo stepped down a year early in August.