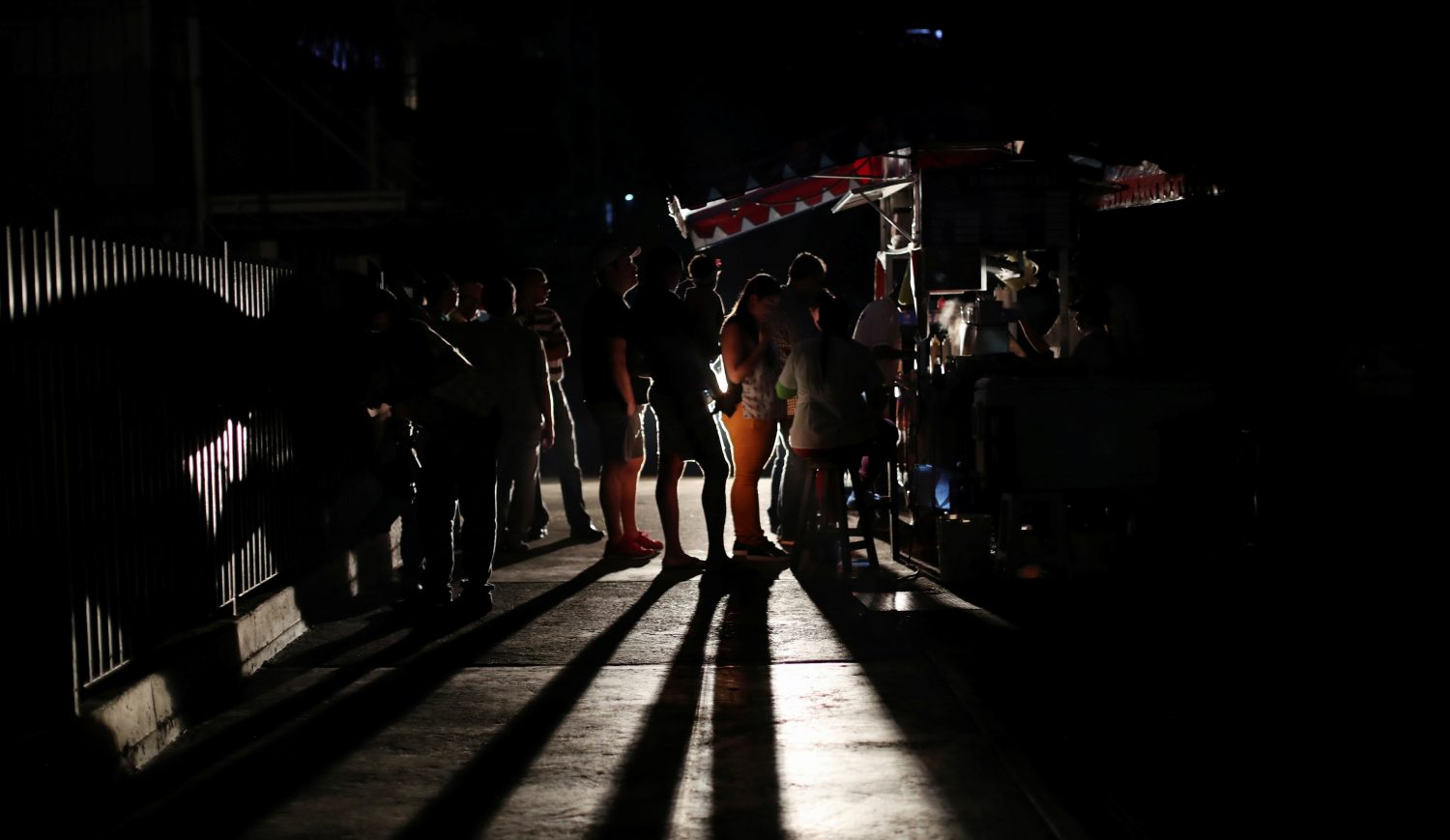 (Reuters) – Backstory is a series of reports showing how Reuters journalists work and the standards under which they operate.

With a diesel-powered generator in their Caracas bureau, Reuters staff are better-placed than most Venezuelans to cope with the blackouts.

But reporting from a darkened city and making sure all journalists and support personnel are safe present multiple obstacles.

“Everything will go down for a minute or two, the TVs and screens will turn off, then maybe a minute later, the power generator will kick in,” said Brian Ellsworth, Reuters senior correspondent in Caracas.

That is when the problems start.

“At first, we weren’t totally prepared for it,” said Ellsworth, who has come to accept short outages as normal after 15 years reporting in the country’s capital.

Once it was clear that March’s first blackout would be longer than usual, the bureau immediately stocked up on water and bought food for the team as payment systems collapsed.

Only the bureau has a generator, not the building it is housed in, which makes getting into the office more complicated. To make it easier, a staff member slept in the newsroom most evenings, opening the emergency staircase from the inside so reporters could start work early the next day.

Gathering the news gets more difficult to coordinate.

“Cell reception comes in and out. We can make calls over WhatsApp but we can’t call anyone in the country because no one has a functioning cell line,” Ellsworth said. “We have to rely on short-wave radios which function to about 3 km (1.9 miles), but that can be really fuzzy.”

With phones unusable, Venezuelans are cut off from one another and from sources of news and social media.

Ellsworth reported on a rally in eastern Caracas to protest President Nicolas Maduro’s handling of the nation’s crisis.

“How did you know about the rally?” he asked one protester. The answer: she did not. She was looking for her mother. “When I got to her building, they told me she was here, so that’s why I came.”

“All of that affects us as a bureau because people have to take care of their own homes,” Ellsworth said. “We try to make sure that all those folks have what they need,” he said.

During busy news periods, the Reuters team in Caracas can include as many as 25 people, from reporters, photographers and television staff to security, cleaning and transport crews. The bureau also tries to provide meals for the building’s security guards who are not formally linked to the company.

“They have the same problems, they are stuck here for 24 hours, and when they leave here they don’t know how they are going to get home, if they will have power at home. They don’t have a way to communicate with their families,” said Ellsworth.

“Reuters needs to look out for people that are helping us maintain the operation.”

Maduro and ruling Socialist Party officials have offered a wide range of explanations for the blackouts, including electromagnetic sabotage by the United States and opposition-linked snipers firing on the country’s main hydroelectric dam.

Opposition leader Juan Guaido, who is recognized by most Western nations as the country’s head of state, says it is the result of a decade of corruption and mismanagement.

As Ellsworth walks up seven flights of stairs to his family’s apartment to light candles in the darkness, he reflects on the state of uncertainty he and 2 million other inhabitants of Caracas now face as a matter of course.