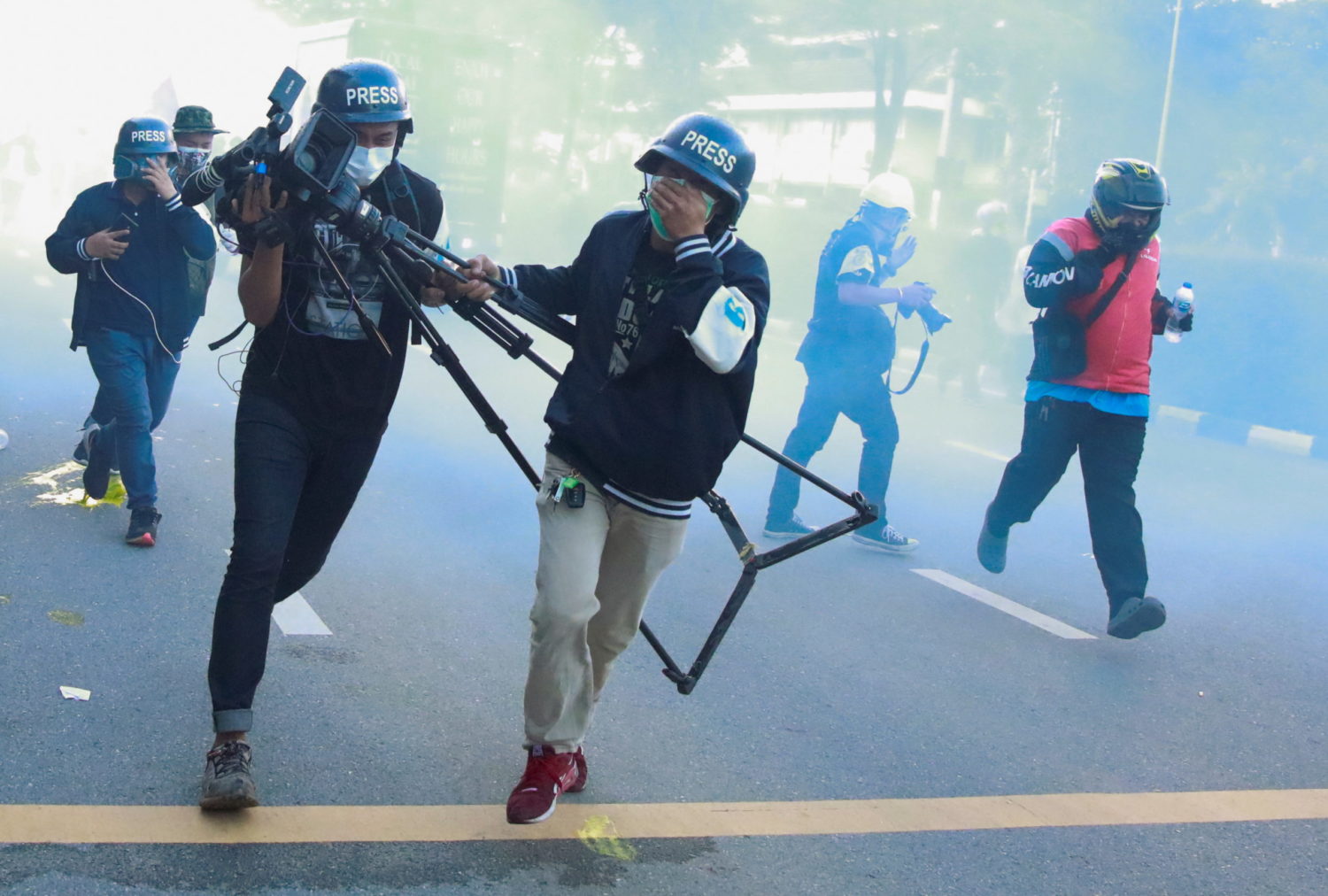 BANGKOK (Reuters) – Thai police used water cannon and tear gas to disperse protesters near the office of Prime Minister Prayuth Chan-ocha on Monday, as opposition parties moved to censure him in parliament over his handling of a COVID-19 crisis.

Hundreds of protesters marched on the Government House to demand Prayuth resigns, the latest show of growing public anger about a worsening epidemic and a chaotic vaccine rollout.

The rallies are being led by groups who also sought former army chief Prayuth’s ouster last year, accusing him and his allies of seeking to entrench the military’s control of politics.

“We are out here to stop the ongoing failure and stop the losses, because if Prayuth Chan-ocha remains in power, more people will die,” activist Songpon “Yajai” Sonthirak said during the march.

Opposition lawmakers on Monday filed a no-confidence motion against Prayuth and five of his cabinet ministers, which will lead to a censure debate over the COVID-19 crisis, likely later this month or early September, according to house speaker.

Police fired tear gas cannisters and used water cannon when protesters tried to dismantle a police barricade on Monday, the latest as in a series of recent demonstrations that led to violence, including the use of rubber bullets to disperse protests.

Clashes also took place late on Monday near Prayuth’s residence in another part of the capital.

“Bangkok has declared an emergency and a gathering or activity involving more than five people is not possible, it’s illegal,” said Piya Tavichai, deputy head of the Bangkok police.