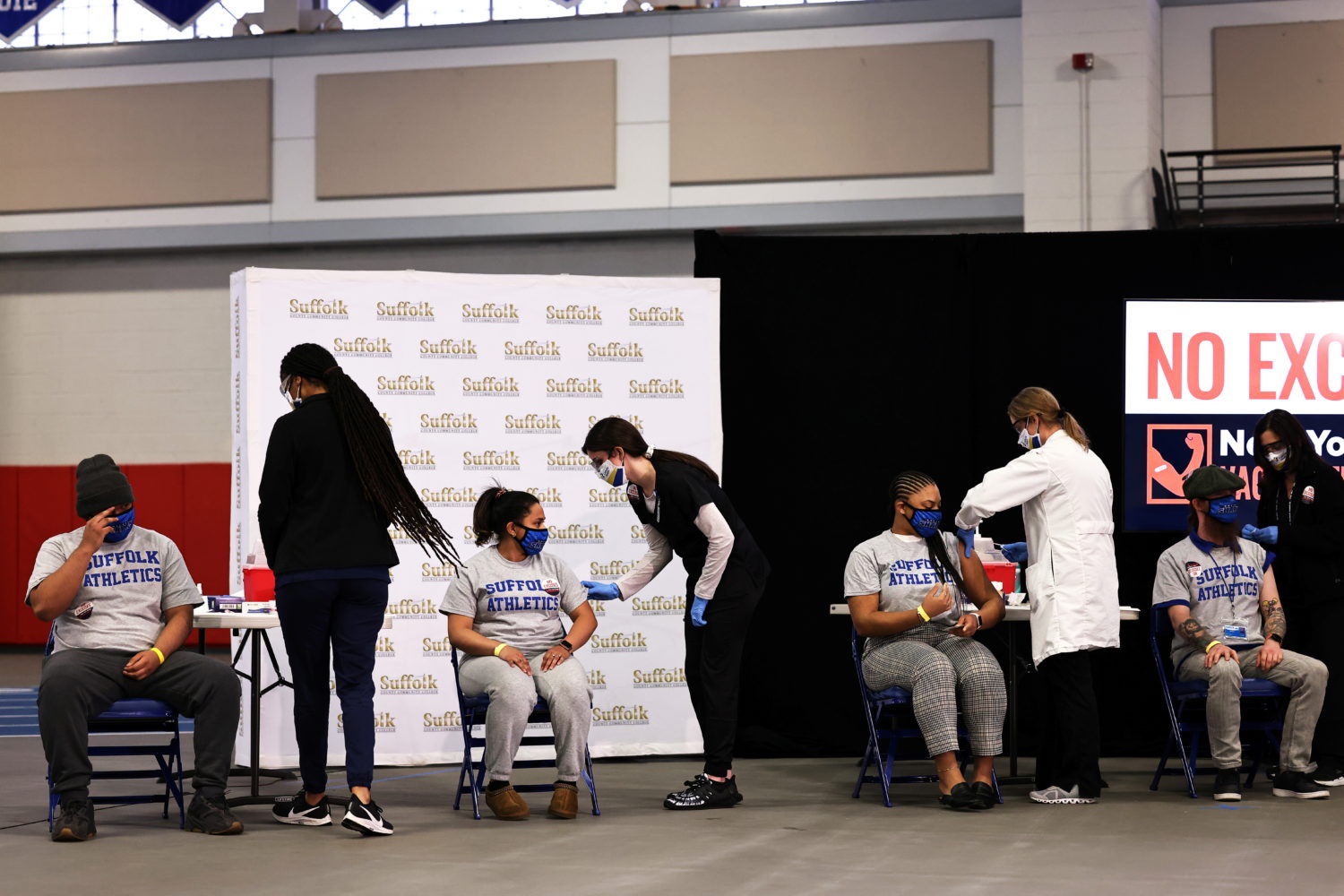 The requirement, affecting more than 435,000 full-time students, comes as Cuomo and other officials offer a slew of incentives aimed at encouraging people to get inoculated as they see vaccine demand declining.

“So, today, no excuses,” Cuomo said at a briefing. “SUNY and CUNY boards will require vaccinations for all in-person students coming back to school in the fall.”

Cuomo, who has ultimate authority over New York City’s subways, also announced that riders will get free seven-day passes to the system for getting inoculated at station sites that will dispense Johnson & Johnson vaccine starting on Wednesday.

The city’s suburban commuter rail services, the Long Island Rail Road and Metro North, will offer two system-wide one-way passes for riders who receive a shot at their station site, he added.

Cuomo, who last week announced a ticket-for-shot arrangement with the state’s Major League Baseball teams, the Yankees and the Mets, said half of the tickets for upcoming New York Islanders National Hockey League playoff games would be reserved for vaccinated fans.

The requirements and incentives come as New York showed huge progress against the virus since a January surge, with its COVID-19 hospitalizations down 75% and its positivity rate down 82% at 1.4%.

While more than 60% of the state’s adult population has received at least one dose of a vaccine, Cuomo, who also chairs the National Governors Association, said the pace was declining in New York and across the country.

Earlier on Monday, New York City Mayor Bill de Blasio announced that a range of city attractions, including Lincoln Center, the Bronx Zoo and the Staten Island Ferry, will offer free admission in exchange for getting coronavirus shots.

“It’s true that the supply has finally gotten to a point that it exceeds the demand,” de Blasio said.

The strategy for reaching the unvaccinated will include more incentives and making the inoculations more accessible with mobile units and pop-up sites, de Blasio said.

As of Sunday, the U.S. Centers for Disease Control and Prevention said 45.8% of the country’s population and 58% of those aged 18 and older had received at least one dose.