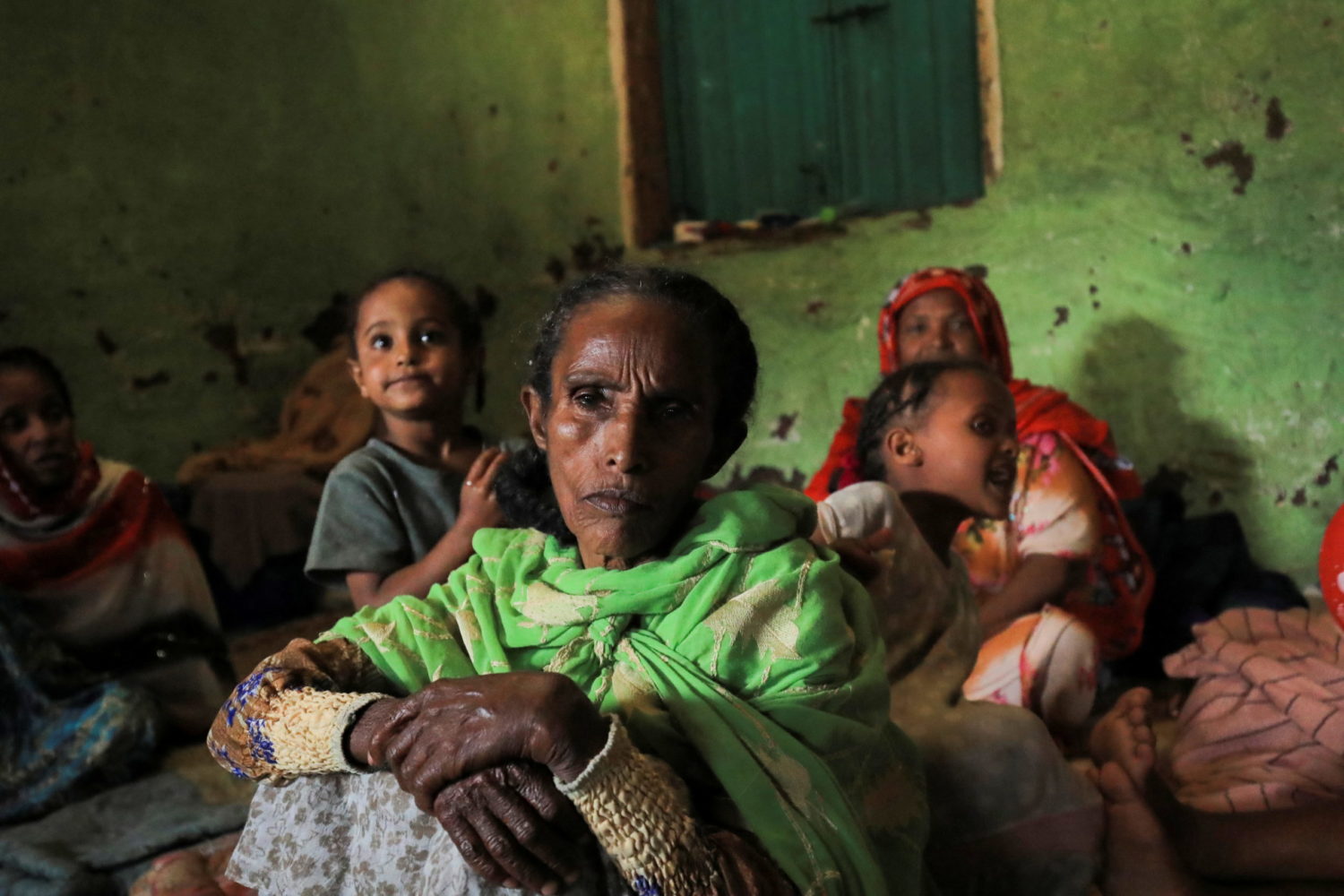 DESSIE, Ethiopia (Reuters) – The pictures on her phone are all that Ethiopian mother Habtam Akele has left of her three-year-old daughter Saba. The girl died of malnutrition last month before the family was able to flee south, deeper into Ethiopia’s Amhara region.

“They (doctors) told me she has been severely affected by malnutrition and they cannot help. Then they gave me some syrup and tablets. She passed away exactly a week later,” Habtam told Reuters earlier this month, clutching her surviving nine-month-old baby.

Habtam is among an influx of thousands of Amhara families fleeing to the town of Dessie from fighting further north. Officials warn the already overcrowded makeshift camps, where displaced people sleep in rows in school classrooms, will fill further after renewed clashes.

Conflict erupted between the ruling party of the rebellious northern region of Tigray – the Tigray People’s Liberation Front (TPLF) – and the Ethiopian central government last November.

In July, the TPLF pushed into the neighboring region of Amhara, whose forces had fought alongside the military against the Tigrayans, as well as into the region of Afar.

The Tigrayan advance forced around 250,000 people to flee their homes in Amhara, the U.N. Office for Coordination of Humanitarian Affairs said in September.

On Monday, the TPLF said the Ethiopian military had launched an offensive to try to dislodge the Tigrayan fighters from Amhara, following a barrage of air strikes reported last week.

The military and government have not answered calls seeking information on the offensive, but a post on the military’s official Facebook page said “they (the TPLF) have opened war on all fronts” and said the military was inflicting heavy casualties.

Diplomats are worried that renewed fighting will further destabilize Ethiopia, a nation of 109 million people, and deepen hunger in Tigray and the surrounding regions.

Habtam said there was little food in the areas under Tigrayan control and that Tigrayan forces took scarce medicines from local pharmacies.

Getachew Reda, the spokesman for the TPLF, told Reuters that Tigrayan forces had not looted pharmacies that supplied local populations and had set up a generator to alleviate water shortages in Habtam’s area.

Reuters had no way of independently verifying Habtam’s account since her home, to the north in Kobo, is off-limits to journalists due to fighting and phone connections to the area are down.

The United Nations has said that the Ethiopian government is only letting a trickle of food trucks and no medicines or fuel into Tigray despite estimates that hundreds of thousands of people are in famine conditions there – a charge the government denies. Hospitals there have run out of crucial medicines.

Both sides accuse each other of committing atrocities. Reuters has previously documented gang-rapes and mass killings of civilians in Tigray, and some Amhara residents told Reuters that Tigrayans were also committing abuses in territory they control. Both sides have denied the allegations.

Another woman at the camps told Reuters that she had been raped by an armed man speaking Tigrinya, the language of Tigray, in an area of Amhara under Tigrayan control. Saada, 28, told Reuters she had been attacked in her house in Mersa, 80 km north of Dessie, by the armed man in plain clothes. She did not recall the exact date but said it was around the end of August.

“He said to me ‘We left our houses both to kill and to die. I am from the jungle so, I have all the right to do whatever I want. I can even kill you’ and he raised his gun to me and threatened to kill me,” she said. “Then he raped me.”

She provided a card showing she had visited Dessie Comprehensive Specialized Hospital for treatment. She asked Reuters not to use her full name to protect her from reprisals.

Leul Mesfin, the medical director of Dessie hospital declined to answer questions about civilian injuries or rapes, or individual cases, because he said he did not trust foreign journalists.

When asked about the rape, Getachew of the TPLF said any reported incident would be investigated and that the actions of one man should not implicate Tigrayan forces in general.

“I can’t vouch for each and every off-breed idiot who masquerades as a fighter,” he said. “There are millions of (men with) guns there.”