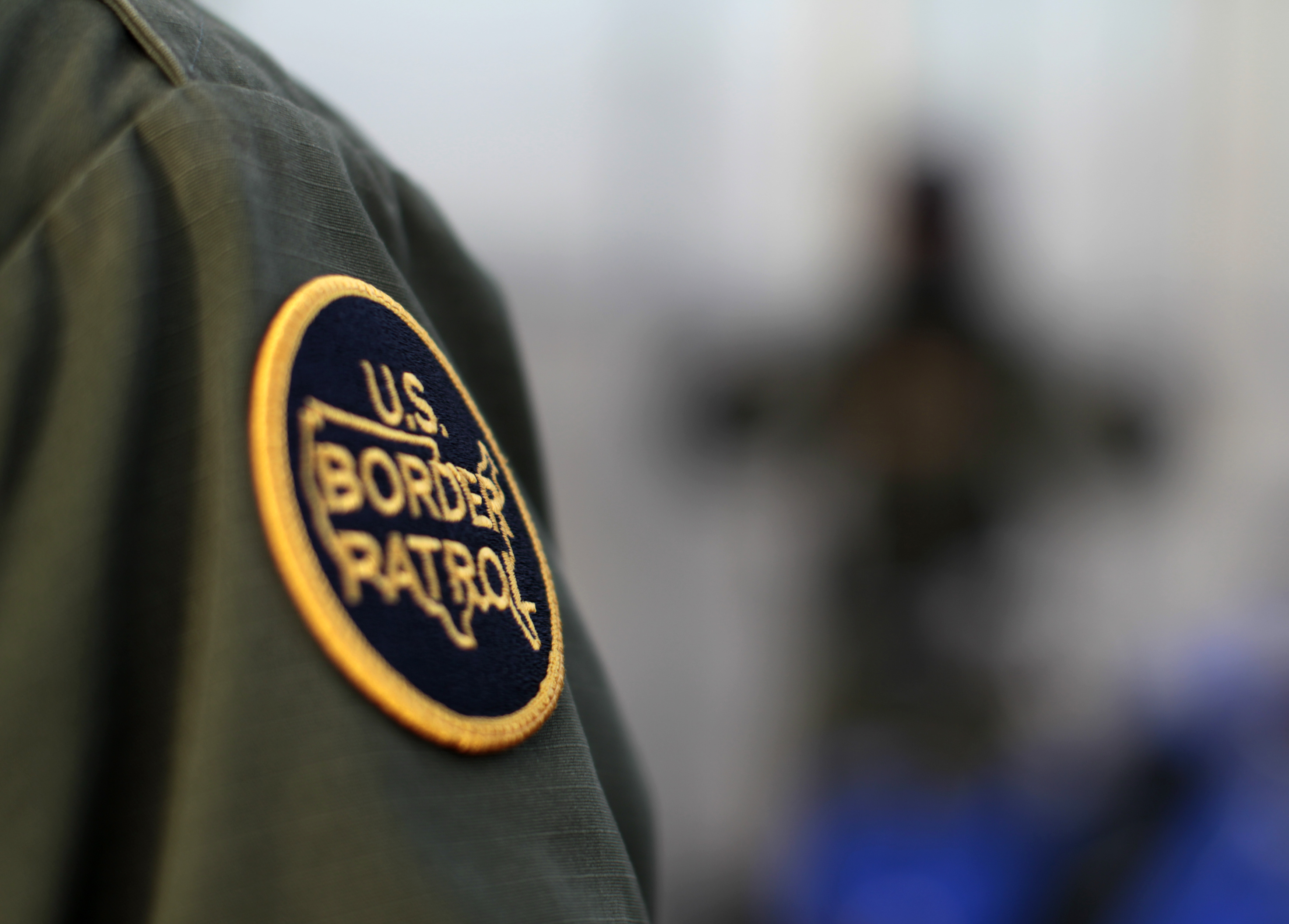 REYNOSA, Mexico (Reuters) – The charred remains of 21 people killed in a suspected gang battle have been found in a Mexican border town, just over the river from where U.S. President Donald Trump was seeking to win support on Thursday for his plan to build a border wall.

Officials in the notoriously violent border state of Tamaulipas said they were investigating the incident, which took place in Ciudad Miguel Aleman, after discovering the bodies on Wednesday. Seventeen of the bodies were burned.

Photos shared with Reuters by a state official show the deceased scattered along a dirt track in scrubland, alongside burned-out vehicles.

Trump visited McAllen, Texas on Thursday afternoon, about 90 kilometers (56 miles) from Ciudad Miguel Aleman. He threatened to use emergency powers to bypass Congress and get billions of dollars to pay for the wall.

He has justified that demand by saying that undocumented migrants, criminals and illegal drugs have been pouring across the border. Statistics show illegal immigration has fallen to a 20-year low, while many drugs are believed to enter through legal ports of entry.

In Tamaulipas, turf wars between the local Gulf Cartel and its chief rival, the Zetas, have been a key source of bloodshed over recent years.

One body found was wearing the remains of a baseball cap bearing the letters and logo of the Gulf Cartel, while others wore the remains of bullet-proof vests with the same insignia, according to the photos.

Luis Rodriguez, a spokesman for state police, said in a statement that it appeared gunmen from the Gulf Cartel had fought with members of the Northeast Cartel, a group that split off from the Zetas.

Irving Barrios, the state’s attorney general, said in a radio interview that authorities found semi-automatic weapons and bulletproof vehicles at the site.

The area is “greatly fought over” by traffickers of arms and drugs as well as those who help undocumented migrants to cross to the United States, he said.

Another confrontation on Thursday morning between an armed group and military forces in Nueva Ciudad Guerrero, also in Tamaulipas, left five people dead and one military officer injured, said a representative from the state’s peace coordination group.

Tens of thousands of people have been killed in Mexico during years of fighting between security forces and cartels warring over drug trafficking, extortion rackets and the exploitation of migrants.