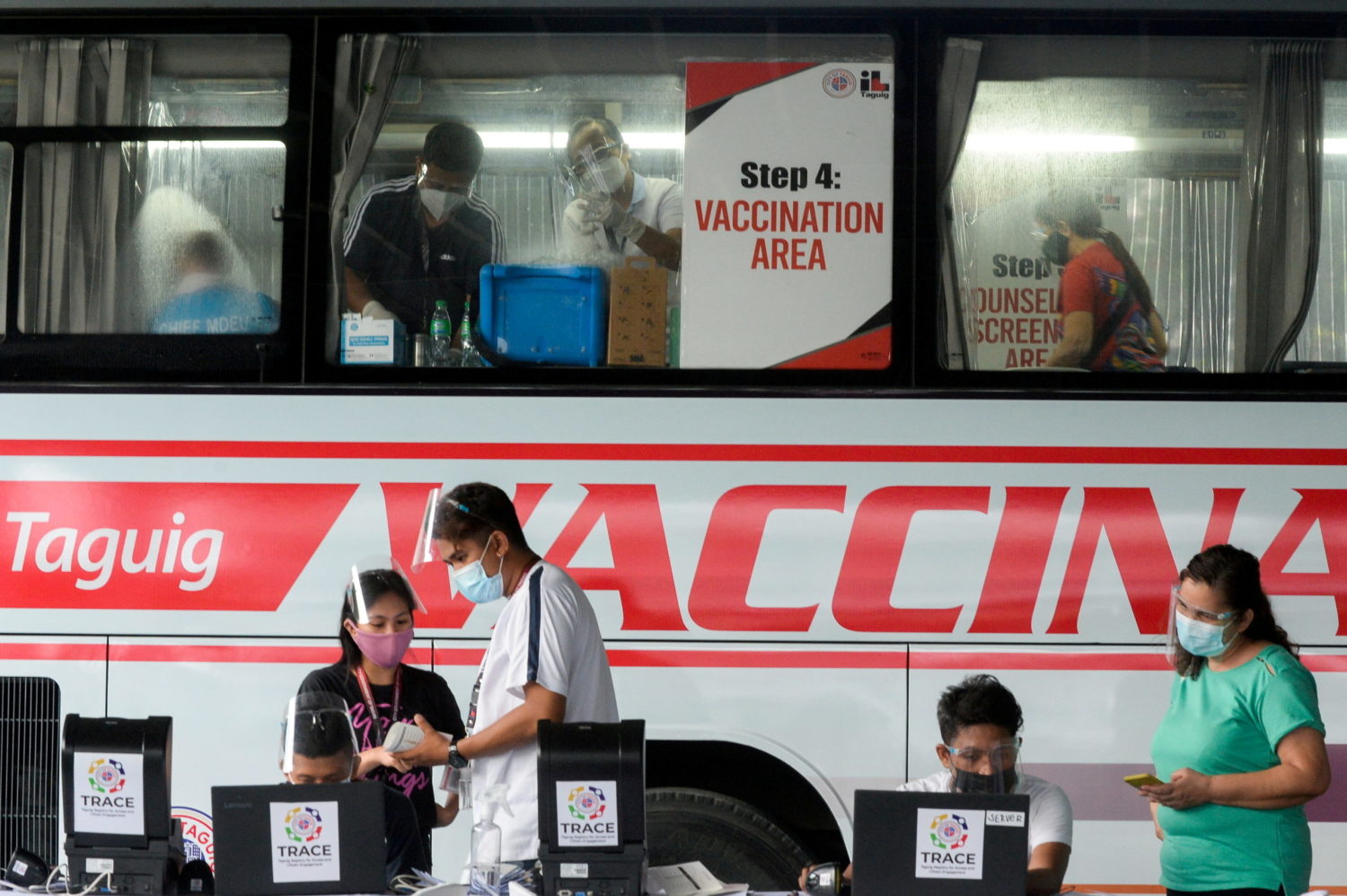 MANILA (Reuters) -Philippines President Rodrigo Duterte, frustrated by the slow pace of COVID-19 vaccinations in his country, threatened people who refuse to get inoculated with jail or an injection of Ivermectin, an anti-parasite drug widely used to treat animals.

Ivermectin has been touted as an alternative treatment for COVID-19 but U.S. and European regulators and the World Health Organization (WHO) have recommended against it.

“You choose, vaccine or I will have you jailed,” Duterte said in a televised address late on Monday, following reports of low turnout at several vaccination sites in the capital Manila.

“But for as long as you are here and you are a human being, and can carry the virus, get vaccinated.

“Otherwise, I will order all the village captains to have a tally of the people who refuse to be vaccinated. Because if not, I will have Ivermectin meant for pigs injected into you.”

Duterte is famous for his bellicose rhetoric and his remarks on Monday contradicted those of his health officials, who have said getting vaccinated against COVID-19 is voluntary.

“Don’t get me wrong, there is a crisis in this country,” Duterte said. “I’m just exasperated by Filipinos not heeding the government.”

With over 1.3 million cases, the Philippines is fighting one of Asia’s must stubborn COVID-19 epidemics.

Duterte, who has been criticized for his tough approach to containing the virus, also stood by his decision not to let schools reopen.

In the same televised address, he took a swipe at the International Criminal Court, after an ICC prosecutor sought permission from the court for a full inquiry into thousands of killings by police in a war on drugs ordered by Duterte.

Duterte, who cancelled the Philippines’ membership of the ICC’s founding treaty, said he would not cooperate with the probe and described the ICC as “bullshit”.

“Why would I defend or face an accusation before white people. You must be crazy,” he said.

Asked for comment, ICC court spokesperson Fadi El Abdallah said: “The court is an independent judicial institution, and does not comment on political statements”.