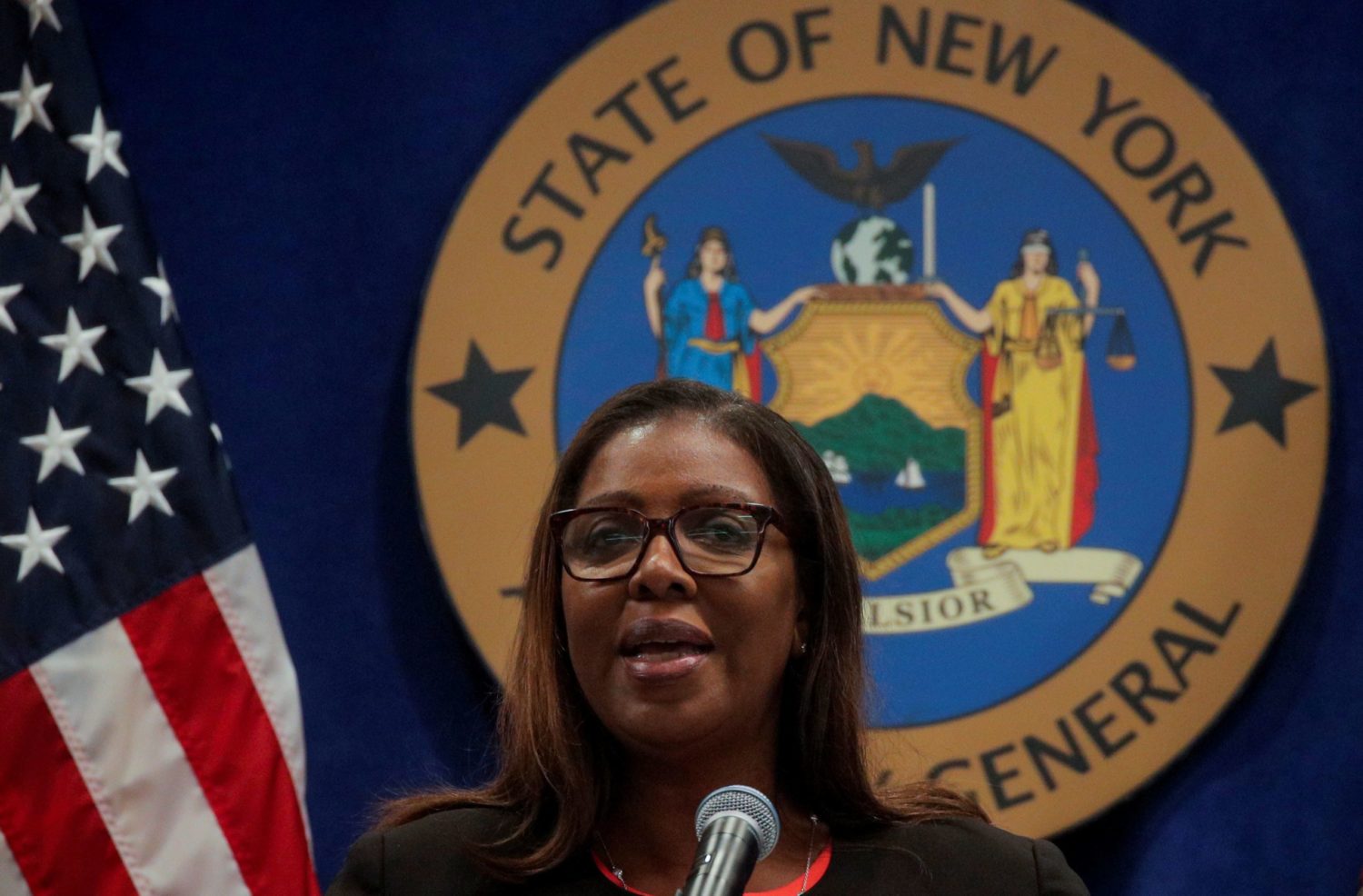 The federal lawsuit filed in U.S. District Court in Manhattan alleges the police repeatedly and without justification used batons and other physical force against protesters, many of whom were never charged with a crime, causing broken bones and concussions among other injuries.

The lawsuit said the police violated protesters’ rights, and is seeking a court order to mandate policies, training and monitoring to assure an end to practices it characterized as unlawful.

In addition to excessive force, state Attorney General Letitia James alleged police detained hundreds of protesters, medics and observers without probable cause. She also accused the police of controlling crowds through “kettling,” or corralling them without giving them a chance to depart, and making mass arrests.

De Blasio said in a statement he supported major discipline reforms but opposed the lawsuit.

“A court process and the added bureaucracy of a federal monitor will not speed up this work,” he said.

The Black Lives Matter protests in May and June became an international movement prompted in part by anger over Floyd, a Black man killed by a white Minneapolis policeman, and Breonna Taylor, a Black woman slain in her Louisville, Kentucky, home by white policemen during a botched raid.

At two days of virtual hearings in June, protesters described being beaten and pepper-sprayed by officers during marches that followed Floyd’s death.

At the time, de Blasio and Police Commissioner Dermot Shea defended the NYPD’s response to protesters as mostly proportionate, saying misconduct was limited to isolated cases that were being investigated.

Both have pointed to several nights of looting that marked some of the earlier protests, widespread property damage and instances of protesters hurling projectiles at police officers, injuring them.

In her preliminary report in July, James recommended that the mayor give up sole control over the police commissioner’s hiring.

In December, a separate report by the New York City Department of Investigation found the NYPD used excessive force and blamed the response on the failure of most officers to receive “relevant training” in policing such protests.