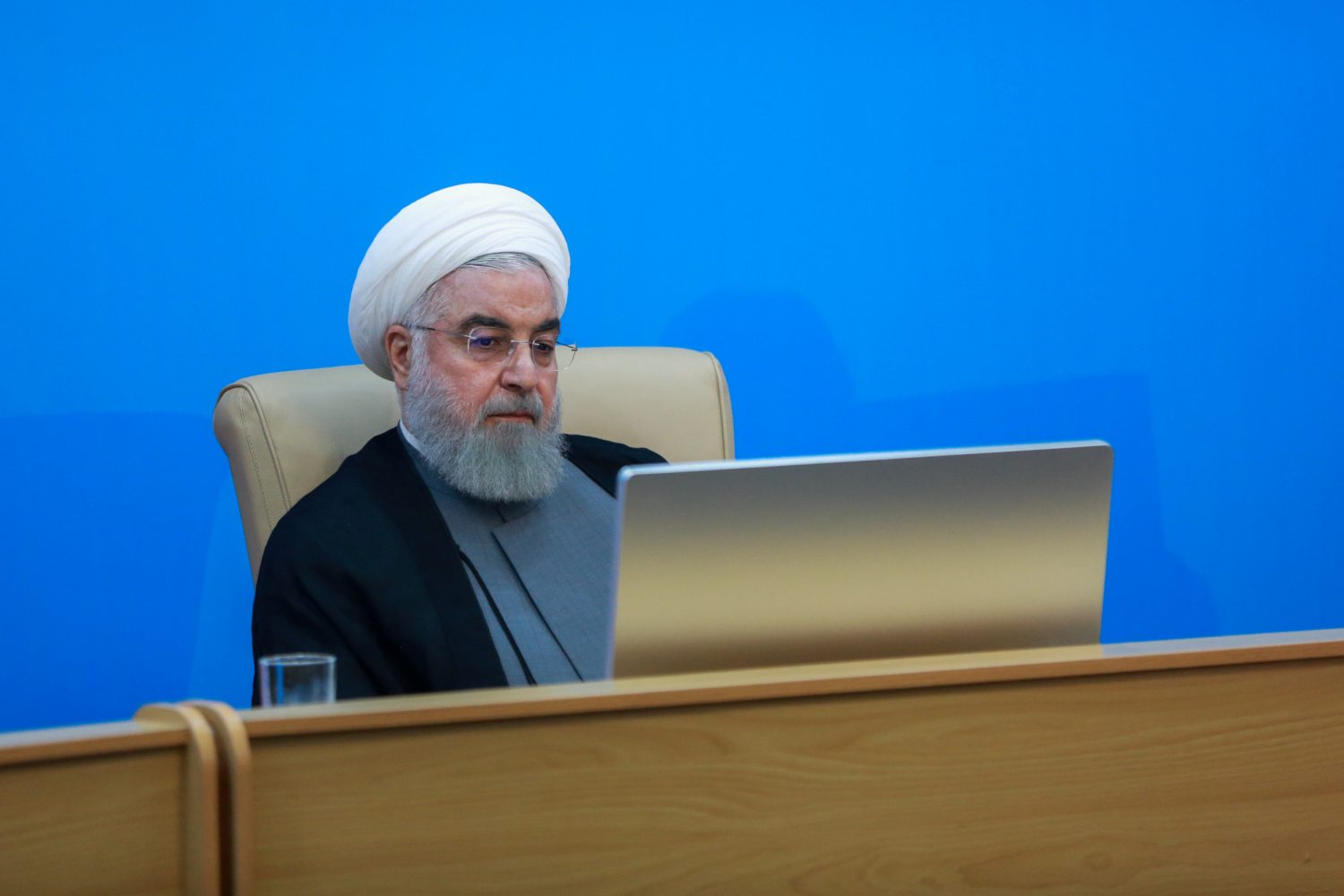 GENEVA (Reuters) – Iran will boost its uranium enrichment after July 7 to whatever levels it needs beyond the cap set in the landmark 2015 nuclear deal, President Hassan Rouhani said on Wednesday, while calling on Washington to rejoin the pact.

Iran announced this week it has stockpiled more low-enriched uranium than is permitted under the accord, a move that prompted U.S. President Donald Trump – who withdrew the United States from the deal last year – to warn Iran was “playing with fire”.

European co-signatories said on Tuesday they were “extremely concerned” by Tehran’s apparent breach of the deal while Israel said it was preparing for possible involvement in any military confrontation between Iran and the United States.

Weeks of tensions crested last month when Tehran shot down a U.S. military surveillance drone and Trump responded with a decision to launch air strikes only to call them off at the last minute. Washington also accused Iran of being behind attacks on several oil tankers in the Gulf, which Tehran denies.

Uranium refined to a fissile purity of 3.67% is deemed suitable for electricity generation and is the maximum allowed by the deal. Enrichment to 90% yields bomb-grade material.

Rouhani added that the Islamic Republic’s actions were reversible. “All of our actions can be returned to the previous condition within one hour, why are you worried?” he said.

His tone was unusually tough. Rouhani was the architect of the nuclear pact and is seen as a pragmatist, unlike senior clerics in Iran’s ruling elite who opposed his opening to the West and have kept up their denunciations of the United States.

Rouhani further urged the Trump administration to “adopt a rational approach again” and return to the negotiating table.

Trump’s “maximum pressure” policy aims to push Iran into negotiate a wider-ranging deal also reining in its ballistic missile program and its backing of proxies around the Middle East in a struggle with Saudi Arabia for regional dominance.

Rouhani said that if the other signatories did not protect trade with Iran promised under the deal but blocked by Trump’s reimposition of tough sanctions, Tehran would also start to revive its Arak heavy-water reactor after July 7.

As required by the accord, Iran said in January 2016 that it had removed the core of the reactor and filled it with cement.

“From (July 7) onward with the Arak reactor, if you don’t operate (according to) the program and time frame of all the commitments you’ve given us, we will return the Arak reactor to its previous condition,” said Rouhani.

“Meaning, the condition that you say is dangerous and can produce plutonium,” he said, referring to a key potential component of a nuclear bomb. “We will return to that unless you take action regarding all your commitments regarding Arak.”

He kept the door open to negotiations, saying Iran would again reduce its stockpile of enriched uranium below the 300-kilogram limit set by the nuclear pact if signatories Britain, France, Germany, Russia and China honored their deal pledges.

Iran will gain nothing by departing from the terms of the deal, the French foreign ministry cautioned on Wednesday.

“Putting (the deal) into question will only increase the already heightened tensions in the region,” ministry spokesman Agnes von der Muhll told reporters in a daily briefing.

Tensions between Washington and Tehran have escalated since Trump pulled Washington out of the pact in May 2018 and acted to bar all international sales of Iranian oil, the Islamic Republic’s economic lifeblood.

The European signatories to the accord have sought to pull the two longstanding adversaries back from the verge of military conflict, fearing a mistake could spiral into a wider Middle East war endangering global security and energy supplies.

Iranian Foreign Minister Mohammad Javad Zarif denies that Iran is in violation of the nuclear accord by exceeding the cap on low-enriched uranium, saying Iran is exercising its right to respond after the U.S. withdrawal.

The nuclear accord lifted most global sanctions against Iran in return for curbs on its uranium enrichment capacity.

It aimed to extend the time Tehran would need to produce a nuclear bomb, if it chose to, from roughly 2-3 months to a year.

Tehran has denied any intent to develop nuclear weapons.

Iranian crude exports were around 300,000 barrels per day or less in late June, industry sources said, a small fraction of the more than 2.5 million bpd Iran shipped in April 2018, the month before Trump abandoned the nuclear deal.