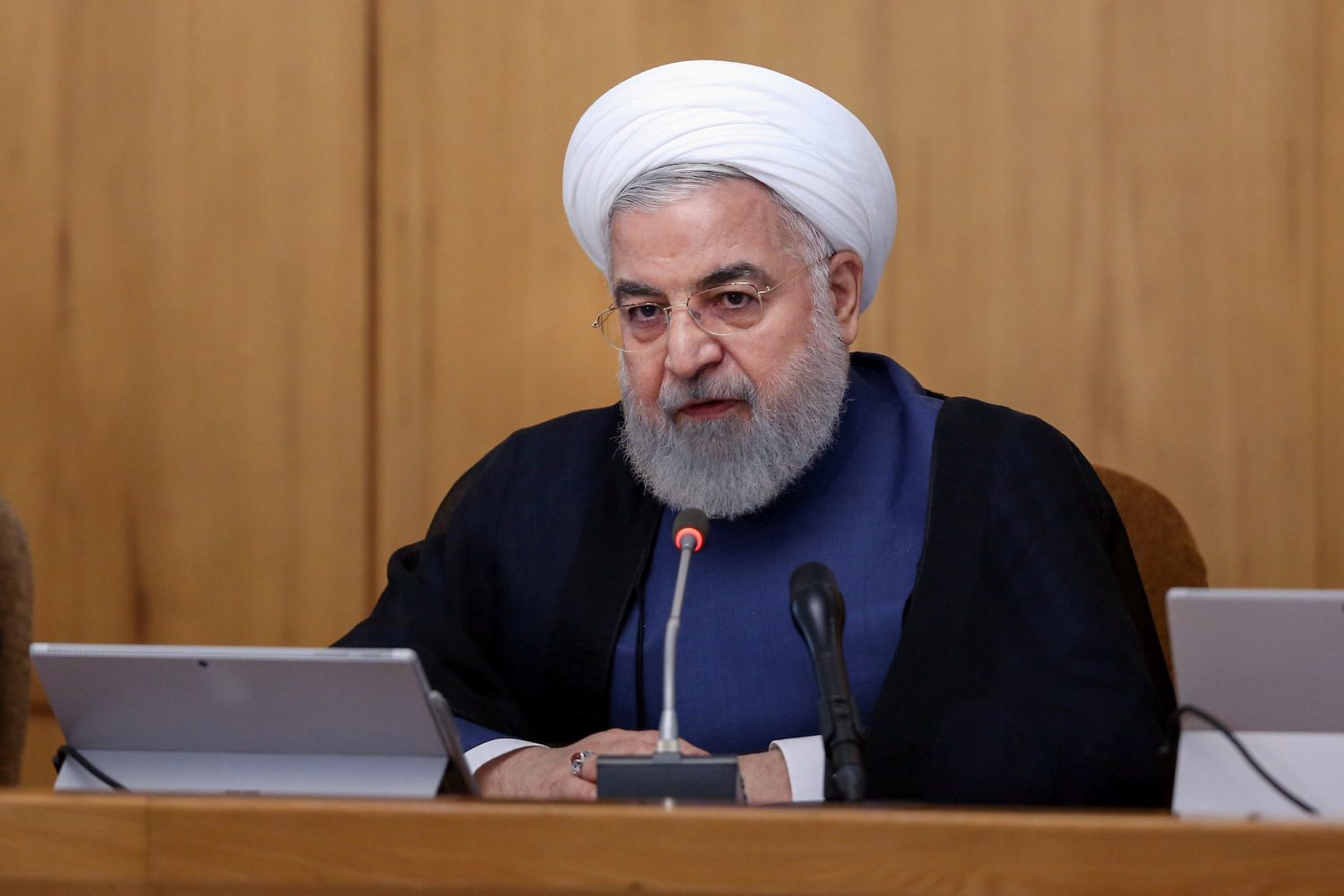 GENEVA (Reuters) – If Iran’s oil exports are cut to zero, international waterways will not have the same security as before, its president said on Wednesday, cautioning Washington against upping pressure on Tehran in an angry confrontation between the longtime foes.

The comment by President Hassan Rouhani coincided with a remark by Iranian Foreign Minister Mohammad Javad Zarif that Tehran might act “unpredictably” in response to “unpredictable” U.S. policies under President Donald Trump.

“World powers know that in the case that oil is completely sanctioned and Iran’s oil exports are brought down to zero, international waterways can’t have the same security as before,” Rouhani said while meeting Supreme Leader Ayatollah Ali Khamenei, according to Khamenei’s official website.

“So unilateral pressure against Iran can’t be to their advantage and won’t guarantee their security in the region and the world.”

Tensions between Tehran and Washington have risen since Trump’s administration last year quit an international deal to curb Iran’s nuclear ambitions and began to ratchet up sanctions. Iranian officials have denounced the new penalties as “economic warfare”.

In a speech at the Stockholm International Peace Research Institute, Zarif appeared to echo Rouhani’s tone.

Global commodity trading has been rocked in recent months after a series of attacks on international merchant vessels, which the United States has blamed on Iran, and the seizure of a British tanker. Tehran has denied the accusations.

Washington, which has by far the strongest Western naval contingent in the Gulf, has been calling for its allies to join it in an operation to guard shipping in the Strait of Hormuz, a vital gateway for the world’s oil industry.

Reiterating Iran’s chilly response to the security mission, Iranian Rear Admiral Ali Fadavi, a deputy commander of the elite Revolutionary Guards, said no one can secure the Gulf other than Iran and countries of the region, according to the semi-official Fars news agency.

(Reporting By Babak Dehghanpisheh; additional reporting by Simon Johnson in Stockholm and Tuqa Khalid in Dubai, Editing by William Maclean) 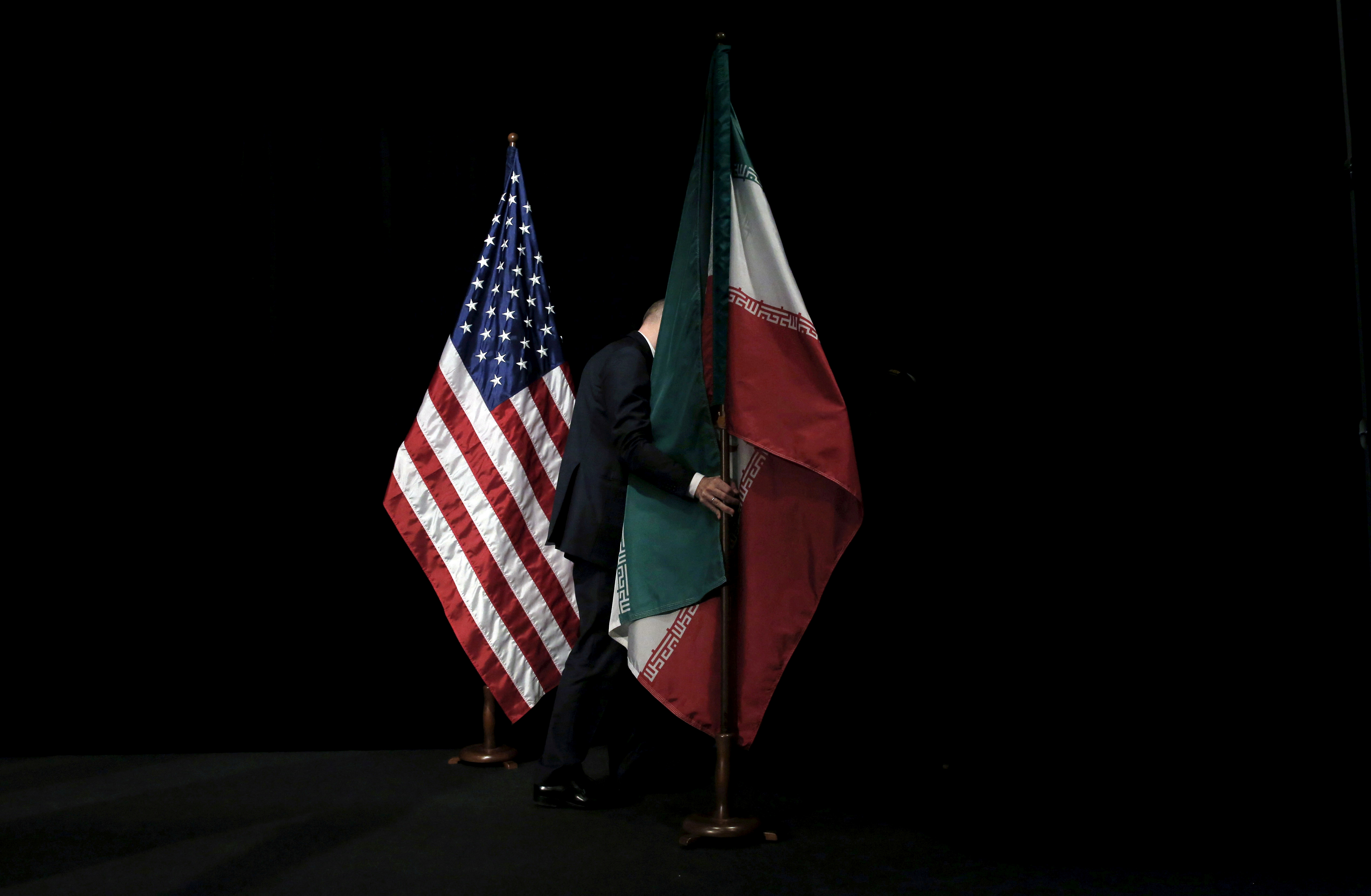 (Reuters) – Half of all Americans believe that the United States will go to war with Iran “within the next few years,” according to a Reuters/Ipsos public opinion poll released on Tuesday amid increased tensions between the two countries.

While Americans are more concerned about Iran as a security threat to the United States now than they were last year, few would be in favor of a pre-emptive attack on the Iranian military. But if Iran attacked U.S. military forces first, four out of five believed the United States should respond militarily in a full or limited way, the May 17-20 poll showed.

Historically tense relations between Washington and Tehran worsened in May after U.S. President Donald Trump hardened his anti-Iran stance and restored all sanctions on Iranian oil exports following his decision a year ago to pull the United States out of a 2015 international nuclear accord with Tehran.

The United States moved an aircraft carrier and forces to the Gulf region in response to intelligence that Iran may be plotting against U.S. interests, an assertion Iran denies.

Nearly half – 49% – of all Americans disapprove of how Republican Trump is handling relations with Iran, the poll found, with 31% saying they strongly disapprove. Overall, 39% approve of Trump’s policy.

The survey showed that 51% of adults felt that the United States and Iran would go to war within the next few years, up 8 percentage points from a similar poll published last June. In this year’s poll, Democrats and Republicans were both more likely to see Iran as a threat and to say war was likely.

Despite their concerns, 60% of Americans said the United States should not conduct a pre-emptive attack on the Iranian military, while 12% advocate for striking first.

If Iran attacked, however, 79% said that the U.S. military should retaliate: 40% favored a limited response with airstrikes, while 39% favored a full invasion.

Both the United States and Iran have said they do not want war, although there have been bellicose statements from both.

Despite Trump’s decision to withdraw, the poll showed 61% of Americans still supported the 2015 deal between Iran and world powers to curb Iran’s potential pathway to a nuclear bomb in return for sanctions relief. Republicans also favored the accord negotiated by the Democratic administration of President Barack Obama, with a little more than half saying they supported it.

Gulf allies and U.S. government officials have said they believe Iran-backed groups are responsible for a series of attacks on shipping and pipelines in the Gulf in the last week.

Trump has said he would like to negotiate with the Islamic Republic’s leaders. Iranian President Hassan Rouhani rejected talks on Tuesday and has said “economic war” is being waged against Iran.

The Reuters/Ipsos poll was conducted online in English throughout the United States. It gathered responses from 1,007 adults, including 377 Democrats and 313 Republicans, and has a credibility interval, a measure of precision, of 4 percentage points.

To see a copy of the full poll results and methodology, click here: https://tmsnrt.rs/2WUpjFT