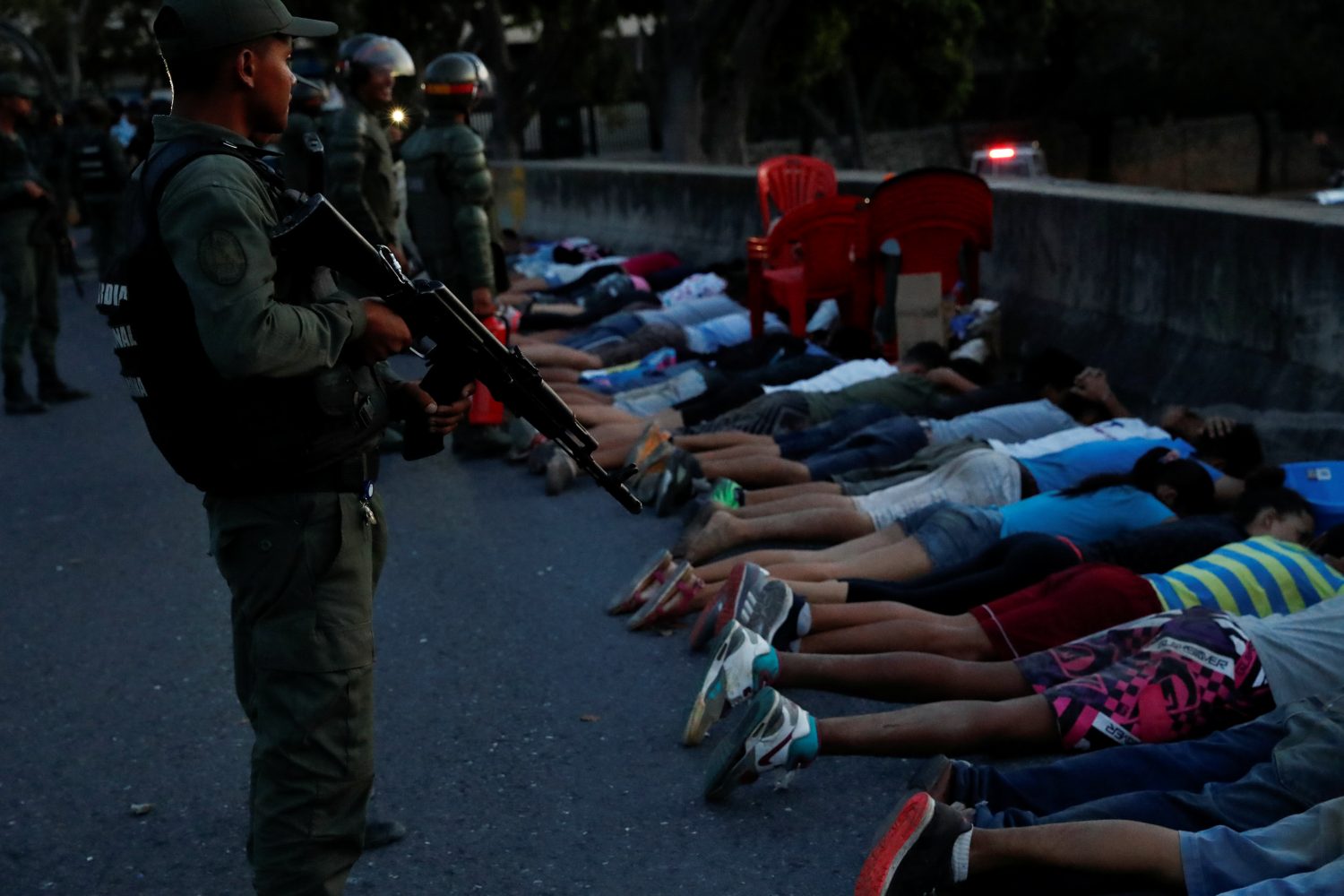 By Vivian Sequera and Anggy Polanco

CARACAS/SAN CRISTOBAL, Venezuela (Reuters) – Much of Venezuela, including parts of the capital Caracas, remained without power on Monday for a fifth day, crimping vital oil exports and leaving people struggling to obtain water and food.

President Nicolas Maduro, who has blamed the unprecedented blackout on sabotage by the United States at Venezuela’s Guri hydroelectric dam, again ordered the suspension of classes and the working day, as he had on Friday. 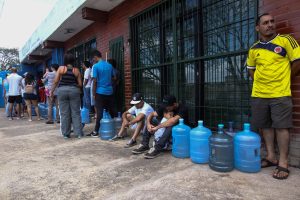 Sources in the energy sector, OPEC member Venezuela’s main source of foreign earnings and a vital generator of revenue for Maduro’s government, said that exports from the main oil terminal of Jose had been halted by the blackouts.

Maduro’s rule is being challenged by Congress leader Juan Guaido, who in January invoked the constitution to assume the presidency after declaring Maduro’s 2018 re-election a fraud.

Guaido has been recognized as Venezuela’s legitimate leader by the United States and most Western countries, but Maduro retains control of the armed forces and state institutions.

Food has rotted in refrigerators, hospitals have struggled to keep equipment operating, and people have clustered on the streets of Caracas to pick up patchy telephone signals to reach relatives abroad. On Monday, people formed lines to fill containers with water from the streams cascading down the mountain overlooking Caracas.

Venezuela’s electricity network has suffered from years of underinvestment and lack of maintenance. Restrictions on imports have affected the provision of spare parts, while many skilled technical personnel have fled the country amid an exodus of more than three million Venezuelans in three years.

In the early hours of Monday morning, a power substation in southeastern Caracas exploded, cutting off supply to nearby areas, according to Reuters witnesses.

State television on Monday confirmed the incident, which it said left no injuries. It said the cause was being investigated but provided no further details.

Other regions, such as the Andean city of San Cristobal near the border with Colombia, were without electricity on Monday, a Reuters witness said.

The lack of electricity has aggravated a crisis in Venezuelan hospitals, also lacking investment and maintenance in addition to the shortage of medicines.

Dr Julio Castro, of the non-governmental group Doctors for Health, said in a Twitter message on Sunday night that 21 people have died in public hospitals since the start of the blackout.