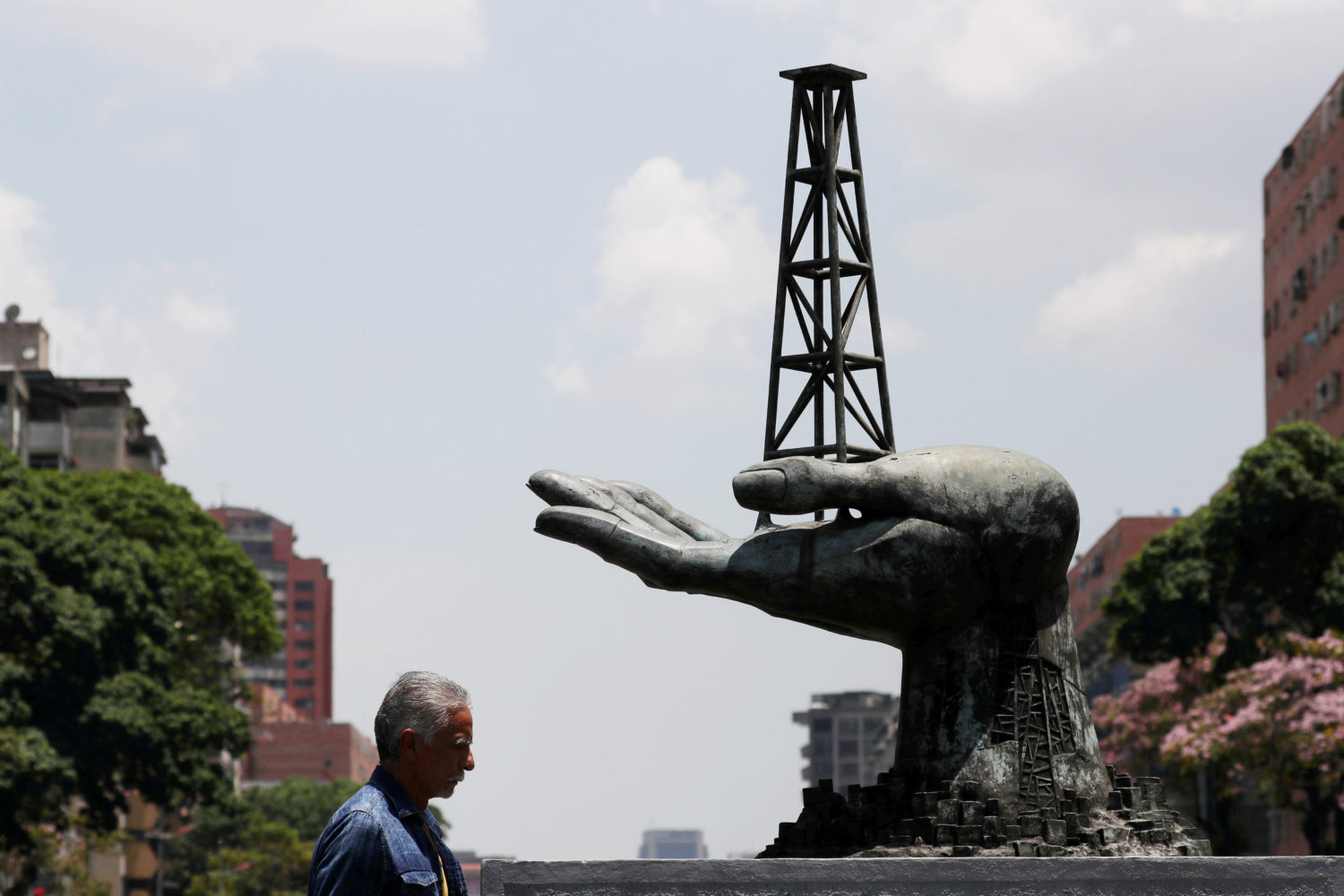 By Daphne Psaledakis and Marianna Parraga

The Treasury said in a statement it imposed sanctions on three individuals, eight entities and two vessels for activities related to a network attempting to skirt U.S. sanctions on Venezuela aimed at ousting President Nicolas Maduro.

Among those blacklisted were Mexico-based Libre Abordo and related Schlager Business Group, as well as their co-owners, Olga Maria Zepeda and Veronica Esparza.

The Treasury also targeted Mexican Joaquin Leal Jimenez, accusing him of having worked with Alex Saab, recently arrested in Cape Verde, Libre Abordo and Schlager for brokering the resale of millions of barrels of Venezuelan crude.

“Leal is the critical conduit between Libre Abordo, Schlager Business Group, and their owners, and PDVSA and Saab. Leal has been coordinating the purchase and sale of Venezuelan-origin crude oil from PDVSA,” Treasury said.

Leal did not reply to a request for comment.

A Maduro ally who has previously helped the government buy food, Saab was sanctioned in 2019 and charged with money laundering and conspiracy in a U.S. court in relation to a food program managed by Maduro’s administration. The government has denied any wrongdoing in connection with the program.

Libre Abordo said its lawyers will evaluate the Treasury’s decision, which it said wrongly linked the firm to unrelated entities.

“Our exchange of humanitarian aid with Venezuela should not be subject of sanctions,” Libre Abordo told Reuters in a statement.

The sanctions freeze any U.S. assets of the individuals and entities and generally prohibit Americans from dealing with them.

The agreement was framed as an oil-for-food pact exempted from U.S. sanctions as the Mexican firms intended to supply Venezuela with 210,000 tons of corn.

Through May, Libre Abordo and Schlager received some 30 million barrels of Venezuelan oil, according to PDVSA’s documents. Even though they supplied about 500 water trucks in exchange, food was never delivered, as very low oil prices affected a schedule originally planned, Libre Abordo said.

U.S. Secretary of State Mike Pompeo said in a statement that the oil-for-food “enterprise skimmed millions from funds that were claimed to have been for humanitarian aid, yet failed to deliver the promised food to the Venezuelan people.”

“They want us to be unable to export oil so the Venezuelan people are left without food, medicine or gasoline,” Venezuela’s Foreign Minister Jorge Arreaza said on Thursday. “Your actions and sanctions are criminal,” he told Pompeo over Twitter.

Washington in January 2019 recognized Venezuelan politician Juan Guaido as the OPEC nation’s rightful leader and has ratcheted up sanctions and diplomatic pressure in the aftermath of Maduro’s 2018 re-election that was widely described as fraudulent.

Maduro remains in power, backed by Venezuela’s military as well as Russia, China and Cuba.

The Treasury delisted Marshall Islands-based firm Afranav Maritime Ltd and Greece-based Seacomber Ltd, and two vessels they own, after the companies promised to stop trade with Venezuela while Maduro is in power.