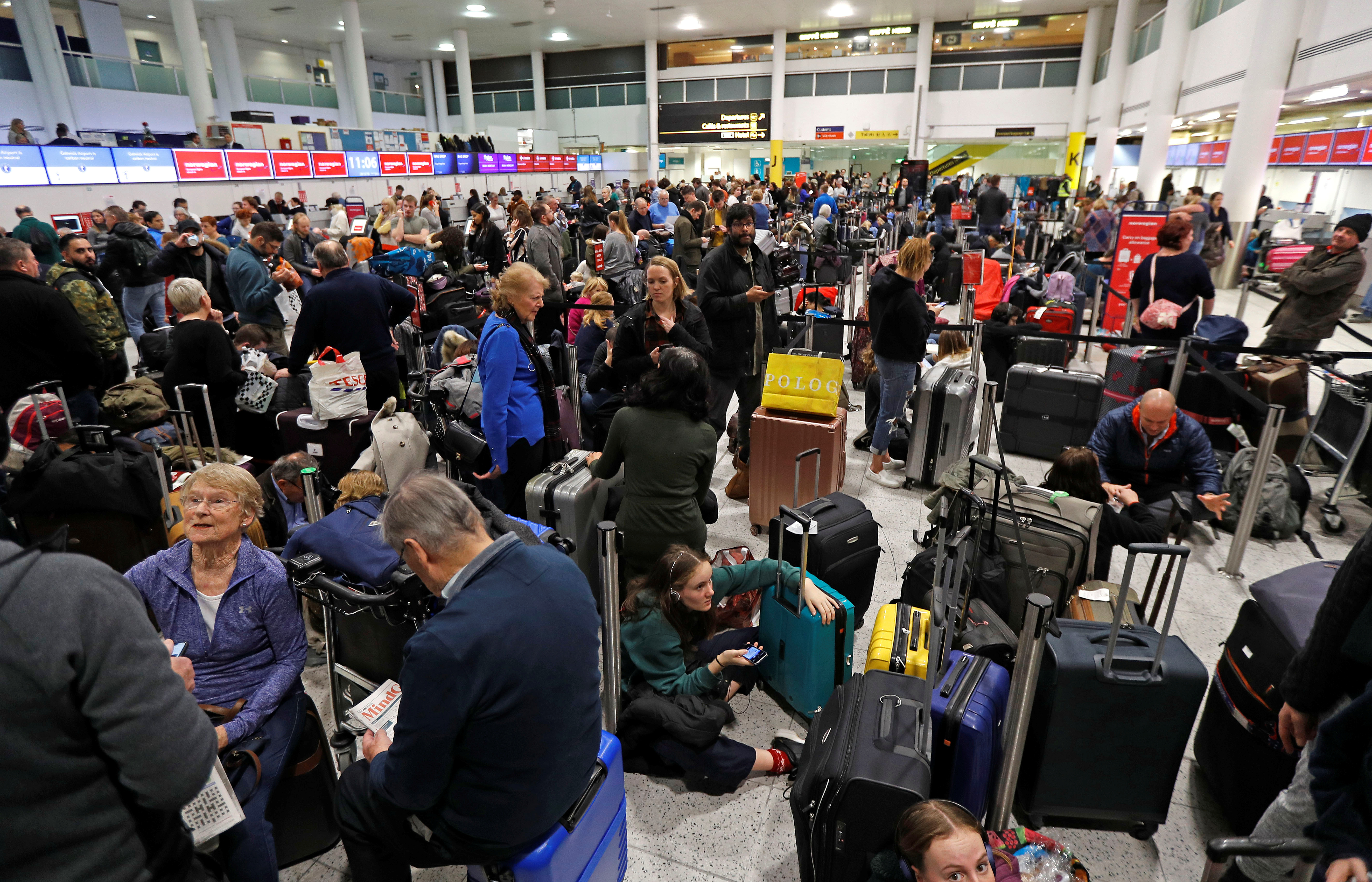 Flights were halted at Gatwick at 2103 GMT on Wednesday after two drones were spotted flying near its airfield, triggering the biggest disruption to its operations since a volcanic ash cloud grounded flights in 2010.

Prime Minister Theresa May’s spokesman said those flying the drones were “irresponsible and completely unacceptable” and voiced sympathy for people having their travel plans upset just days before Christmas.

The airport and Gatwick’s biggest airline easyJet told passengers to check before traveling to the airport as several thousand people waited there in chaotic scenes.

“It’s really busy. People are sitting everywhere, on the stairs, on the floors,” passenger Ani Kochiashvili, who was booked onto a Wednesday evening flight, told Reuters by phone.

Police said more than 20 units were searching for the drone operators on Thursday when the airport had expected to handle around 115,000 passengers.

“At the moment we’re still getting sightings of the drones in and around the airfield,” Gatwick Policing Airport Commander Justin Burtenshaw told the BBC.

Sussex regional police said public safety was paramount, adding in a statement: “There are no indications to suggest this is terror-related.”

Gatwick, which lies 50 km (30 miles) south of London, gave no indication on when it would reopen and described the situation as an “ongoing incident”.

There has been an increase in near-collisions by unmanned aircraft and commercial jets, heightening concerns for safety across the aviation industry in recent years.

The number of near misses between private drones and aircraft in Britain more than tripled between 2015 and 2017, with 92 incidents recorded last year, according to the UK Airprox Board. 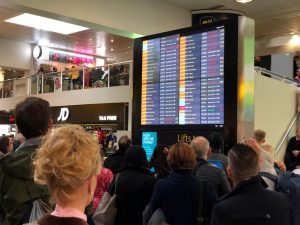 Stranded passengers look at the departures board at Gatwick Airport, Britain, December 20, 2018 in this picture obtained from social media. Ani Kochiashvili/via REUTERS

Gatwick Chief Operating Officer Chris Woodroofe warned that the knock-on effects from the airport closure would last for more than 24 hours. He described one of the drones as a heavy industrial model.

“It’s definitely not a standard, off-the-shelf type drone. “Given what has happened I definitely believe it is a deliberate act, yes,” he said on BBC radio.

“We also have the helicopter up in the air but the police advice is that it would be dangerous to seek to shoot the drone down because of what may happen to the stray bullets.”

Under British law it is illegal to fly drones within 1 km (0.62 mile) of an airport boundary. The offense is punishable by up to five years in prison.

Policing airport commander Burtenshaw said the police were exploring other options to try and bring the situation to a close. He said he was confident of tracking down whoever was behind the drones, but it wouldn’t be easy.

“It’s a painstaking thing with the new drones; the bigger the drones the further the reach of the operator so it’s a difficult and challenging thing to locate them.”

Gatwick apologized on Twitter https://twitter.com/Gatwick_Airport/status/1075530895094894594 to affected passengers, adding that safety was its “foremost priority”.

Gatwick, which competes with Europe’s busiest airport, Heathrow, west of London, had previously said Sunday would be its busiest day of the festive period.

There have been multiple reports of drone sightings since the initial report on Wednesday evening, Gatwick said. The runway briefly appeared to reopen around 0300 GMT before drones were spotted again.

Kochiashvili, who had been due to fly to Tbilisi, Georgia, on Wednesday, said she had spent six hours overnight sitting on a plane which did not take off.

“I’m very annoyed because I’m with two kids, a three-month-old and three-year-old. They require a lot of space and food and changing and all that, and the airport is crazy busy so it’s challenging. There’s literally zero information being shared,” she told Reuters by phone.

One waiting at the airport on Thursday said: “At Gatwick Airport, drone chaos, surprisingly good-natured, but complete mayhem.”

(Reporting by Sarah Young in London and Ismail Shakil in Bengaluru; Editing by Guy Faulconbridge and Mark Heinrich)