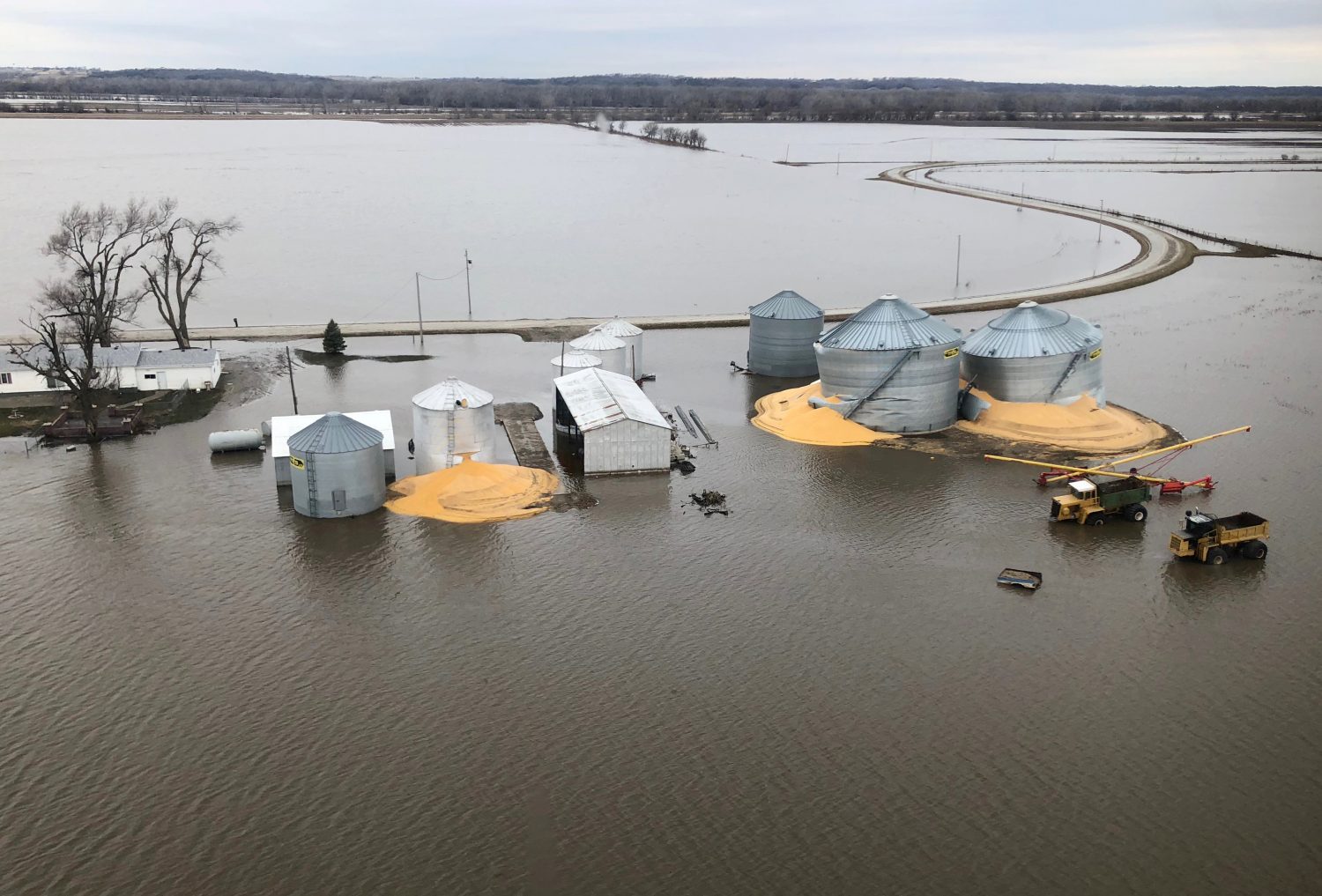 NEW YORK (Reuters) – Only 200 miles separate Michael Tilden and Miranda Garcia in rain-soaked Iowa. But they are worlds apart when it comes to their opinion of the weather.

Garcia, a 38-year-old former journalist and Democrat from Des Moines, thinks flooding has been getting worse in the state, which just came out of its wettest 12-months on record. Tilden, a 44-year-old math teacher and Republican from Sioux City, thinks otherwise: “I’ve noticed essentially the same weather pattern every single year,” he said.

Their different takes underscore a broader truth about the way Americans perceive extreme weather: Democrats are far more likely to believe droughts, floods, wildfires, hurricanes and tropical storms have become more frequent or intense where they live in the last decade, according to a Reuters/Ipsos poll.

The divergence shows how years of political squabbling over global warming – including disputes over its existence – have grown deep roots, distorting the way Americans view the world around them. The divide will play into the 2020 election as Democratic hopefuls seek to sell aggressive proposals to reduce or even end fossil fuel consumption by drawing links between climate change and recent floods, storms and wildfires.

Nearly two-thirds of Democrats believe severe thunderstorms and floods have become more frequent, compared to 42% and 50% of Republicans, respectively, according to the poll.

About half of Democrats, meanwhile, think droughts, hurricanes and tropical storms are more common in their region, versus less than a third of Republicans, according to the poll.

Similarly, nearly seven in 10 Democrats said in the poll that severe weather events such as thunderstorms have become more intense, compared to 4 of 10 Republicans. And nearly half of Republicans said there has been no change in the intensity of severe weather over the past decade, versus a fifth of Democrats.

The Reuters/Ipsos poll was conducted online in English between June 11 and 14 and gathered responses from 3,281 people. It has a credibility interval, a measure of precision, of 2 percentage points up or down.

U.S. government researchers have concluded that tropical cyclone activity, rainfall, and the frequency of intense single-day storms have been on the rise, according to data compiled by the Environmental Protection Agency.

“We do expect to see more intense storms,” said David Easterling, a spokesman for the National Oceanographic and Atmospheric Administration’s National Centers for Environmental Information.

An overwhelming majority of scientists believe human consumption of fossil fuels is driving sweeping changes in the global climate by ramping up the concentration of heat-trapping gases in the atmosphere. But it is impossible to draw a direct link between the changes in U.S. weather in the recent past to the larger trend of warming.

President Donald Trump has cast doubt on the science of climate change, saying he believes that research into its severity, causes and effects is not yet settled. Two years ago he announced the United States would withdraw from a global pact to reduce carbon emissions, the Paris Climate Agreement, a deal Trump said could damage the U.S. economy.

Some Republican lawmakers have offered proposals for “market-based” approaches to fend off climate change, such as cap-and-trade systems that would force companies to cut carbon emissions or buy credits from those that do.

Democrats are pushing more aggressive ideas. Nearly all of the party’s presidential hopefuls, who seek to unseat Trump in next year’s election, have put forward proposals to end U.S. fossil fuels consumption within a few decades to make the country carbon neutral.

Trump has slammed the idea, saying it would “kill millions of jobs” and “crush the dreams of the poorest Americans.”

Jennifer Marlon, a research scientist at the Yale Program on Climate Change Communication, said the divergence in the way American perceive the weather is being driven by factors including the news they consume and their social circles.

Liberals are more likely to expose themselves to news outlets and people who believe climate change is an urgent threat that affects current weather patterns. For more conservative Americans, the link between weather and climate change is “not a typical conversation,” Marlon said.

Last year, the Yale program – which carries out scientific research on public knowledge about climate change – set out to map the partisan divide on how people perceive the effects of global warming across the United States.

It found that 22% of Republicans reported personally experiencing climate change, compared to 60% of Democrats.

Scientists and researchers at the University of Michigan, the University of Exeter and others came to a similar conclusion in a 2018 study which found that political bias and partisan news reporting can affect whether people indicate experiencing certain extreme weather events. 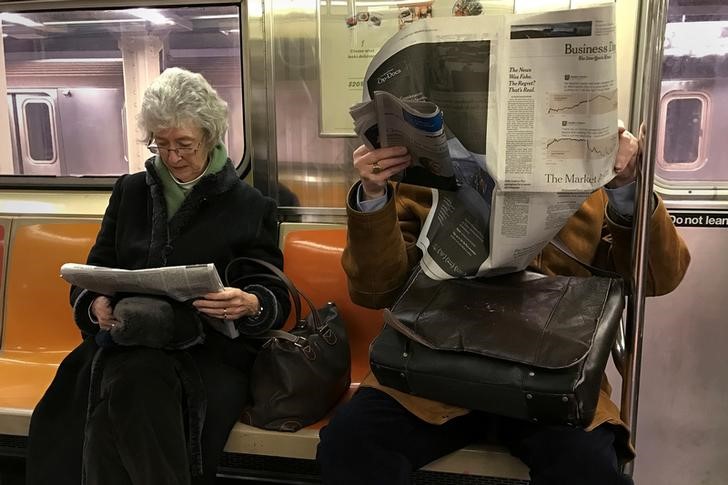 NEW YORK (Reuters) – Only a quarter of U.S. adults in a recent survey could fully identify factual statements – as opposed to opinion – in news stories, the Pew Research Center found in a study released on Monday.

The survey comes amid growing concerns about so-called fake news spread on the internet and social media. The term generally refers to fabricated news that has no basis in fact but is presented as being factually accurate.

Facebook Inc, Alphabet Inc’s Google and other tech companies have recently come under scrutiny for failing to promptly tackle the problem of fake news as more Americans consume news on social media platforms.

The main portion of Pew’s survey polled 5,035 adult Americans aged 18 and above in February and March. The study was intended to determine if respondents could differentiate between factual information and opinion statements in news stories.

Participants were given five factual statements such as “spending on Social Security, Medicare and Medicaid make up the largest portion of the U.S. federal budget,” and five opinion statements such as “democracy is the greatest form of government.” They were asked to identify which ones were factual and which were opinions.

The study found that participants’ ability to classify statements as factual or opinion varied widely based on their political awareness, trust in the news media, and “digital savviness” or degree to which they are confident in using digital devices and the internet.

“There is a striking difference in certain Americans in distinguishing what are factual statements and what are not and that depends on one’s level of digital savviness, political savviness,” Amy Mitchell, director of journalism research at Pew Research Center, said in an interview.

The study also found that when Americans call a statement “factual” they overwhelmingly also think it is accurate. They tend to disagree with factual statements they incorrectly label as opinions, Pew said. 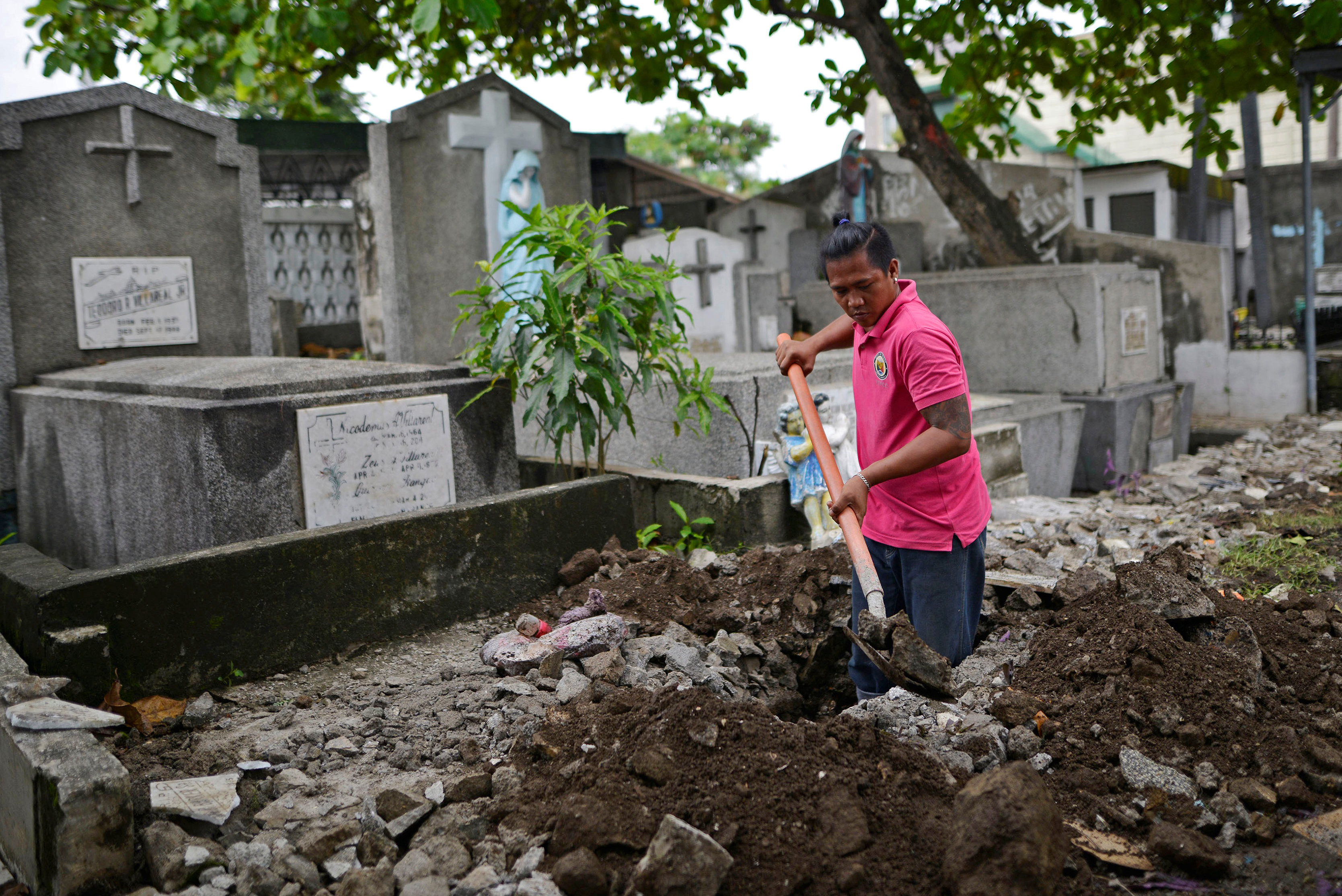 MANILA (Reuters) – Philippine President Rodrigo Duterte completes six months in charge on Friday, with the rising death toll from his war on drugs showing no sign of easing.

More than 6,000 people have been killed in the anti-narcotics drive since he took power, about a third in police operations with the rest still being investigated. Many are believed to be vigilante murders, which Duterte has refused to condemn.

The former crime-busting mayor of the southern city of Davao had said that the war on drugs would be over within six months but has since pushed back the deadline. Last month he said that he will continue “until the last pusher drops dead”.

His hardline measures have been criticized by many, including the United States and the United Nations, but Duterte retains a “very good” opinion poll rating at home, the Philippine Social Weather Stations survey group said this month.

On the streets of Manila, residents from a variety of professions gave their thoughts.

“Our business has really suffered. People are afraid to go out. At dawn we only have few customers. At least, there are fewer drug addicts and drug pushers.”

“My load in filing cases in the office has been reduced. I am now more focused on educating people and in prevention.”

“Maybe there is another way where people do not need to die,” she said, adding she felt safer walking the streets at night.

“I’m on Duterte’s side. Maybe he’s just misunderstood because he grew up on the streets.”

Rosalina Perez, 41, from Tondo district. Perez is the sister of Benjamin Visda, who was killed by police during a drug investigation.

“At first, we liked what he (Duterte) was doing. But as it went on I started to question what he was doing. Everyone who wants to change are just killed. They are not even given a chance to explain themselves to the authorities.”

Weng Ruda, 36, mother of three. Lives in a slum at the foot of Payatas dumpsite in Quezon city.

“I like that he is very tough. There are no children loitering around now. They also avoid picking up bad habits.”

“What he is doing is good. He gave jobs to many people and many are happy with him. I just don’t know about the families (of those killed) if that is good for them.”

“I pity the families of those who are killed, especially those who really had nothing to do with crime. There have been a lot of people who were killed that weren’t really involved with drugs. They should just arrest them.”

“These people (drug addicts) are fighting for their lives. They need our help. We must help these people.”

“I give one hundred percent for Duterte. He’s the only president who is fighting the drug lords and other syndicates in our country.”

“When it comes to him being too tough, I think it is just right. He’s our leader and he’s only doing it for our sake.”

“Before maybe we pick up one body per day, now we get around two or three bodies a day.”

“…I am not saying Duterte should keep killing people. But for us, we will keep working as long as there is work.”