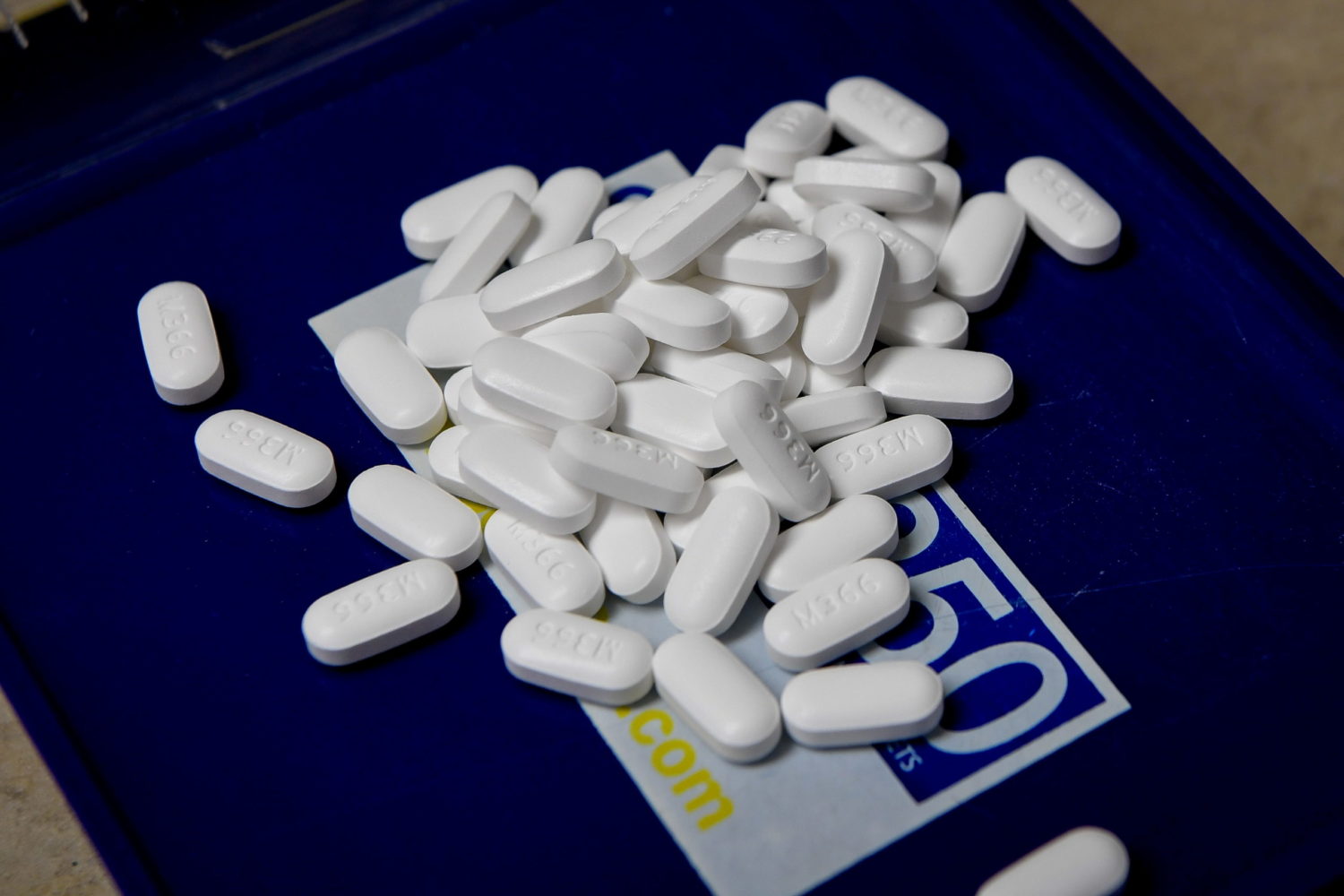 By Lawrence Hurley and Nate Raymond

WASHINGTON (Reuters) -The U.S. Supreme Court on Monday cleared the way for New York to collect a $200 million surcharge imposed on opioid manufacturers and distributors to defray the state’s costs arising from the deadly epidemic involving the powerful painkilling drugs.

The justices declined to hear an appeal by two trade groups representing drug distributors and generic drug makers and a unit of British-based pharmaceutical company Mallinckrodt Plc of a lower court’s decision upholding the surcharge.

The law’s challengers included the Association for Accessible Medicines, whose members include drugmakers Teva Pharmaceutical Industries Plc and Mallinckrodt, and the Healthcare Distribution Alliance, which represents wholesale distributors.

The alliance’s members include the three largest opioid distributors in the United States, McKesson Corp, AmerisourceBergen Corp and Cardinal Health. They proposed in July paying $21 billion to resolve lawsuits accusing them of fueling the epidemic.

Mallinckrodt filed for bankruptcy protection in 2020 and has been seeking to finalize a similar, $1.7 billion settlement.

The payments to New York were owed under the Opioid Stewardship Act, which Democratic former Governor Andrew Cuomo signed into law in 2018 to address the costs the epidemic imposed on the state.

The law marked the first time a state had sought to impose a tax or fee related to the epidemic on opioid manufacturers and distributors. Delaware, Minnesota and Rhode Island have since adopted their own taxes.

The Association for Accessible Medicines and the Healthcare Distribution Alliance in separate statements expressed disappointment in the Supreme Court’s action. The alliance said it is evaluating its options and next steps.

Opioids have resulted in the overdose deaths of nearly 500,000 people from 1999 to 2019 in the United States, according to the U.S. Centers for Disease Control and Prevention, part of an ongoing public health crisis.

The New York law envisioned collecting $100 million annually from prescription painkiller manufacturers and distributors based on their market shares from 2019 to 2024, or $600 million in total.

A federal judge in 2018 ruled that a provision barring the companies from passing on the costs of making the payments to consumers was unconstitutional and could not be severed from the rest of the law.

The state appealed, but following that ruling New York enacted a new tax law that did not include the pass-through prohibition, limiting the case to $200 million in payments owed based on 2017 and 2018 market shares.

The New York-based 2nd U.S. Circuit Court of Appeals in 2020 handed a victory to the state, ruling that the judge lacked authority to strike down the law. The challengers then appealed to the Supreme Court.

The justices acted on the case on the first day of their new nine-month term.

(Reporting by Lawrence Hurley and Nate Raymond; Editing by Will Dunham)