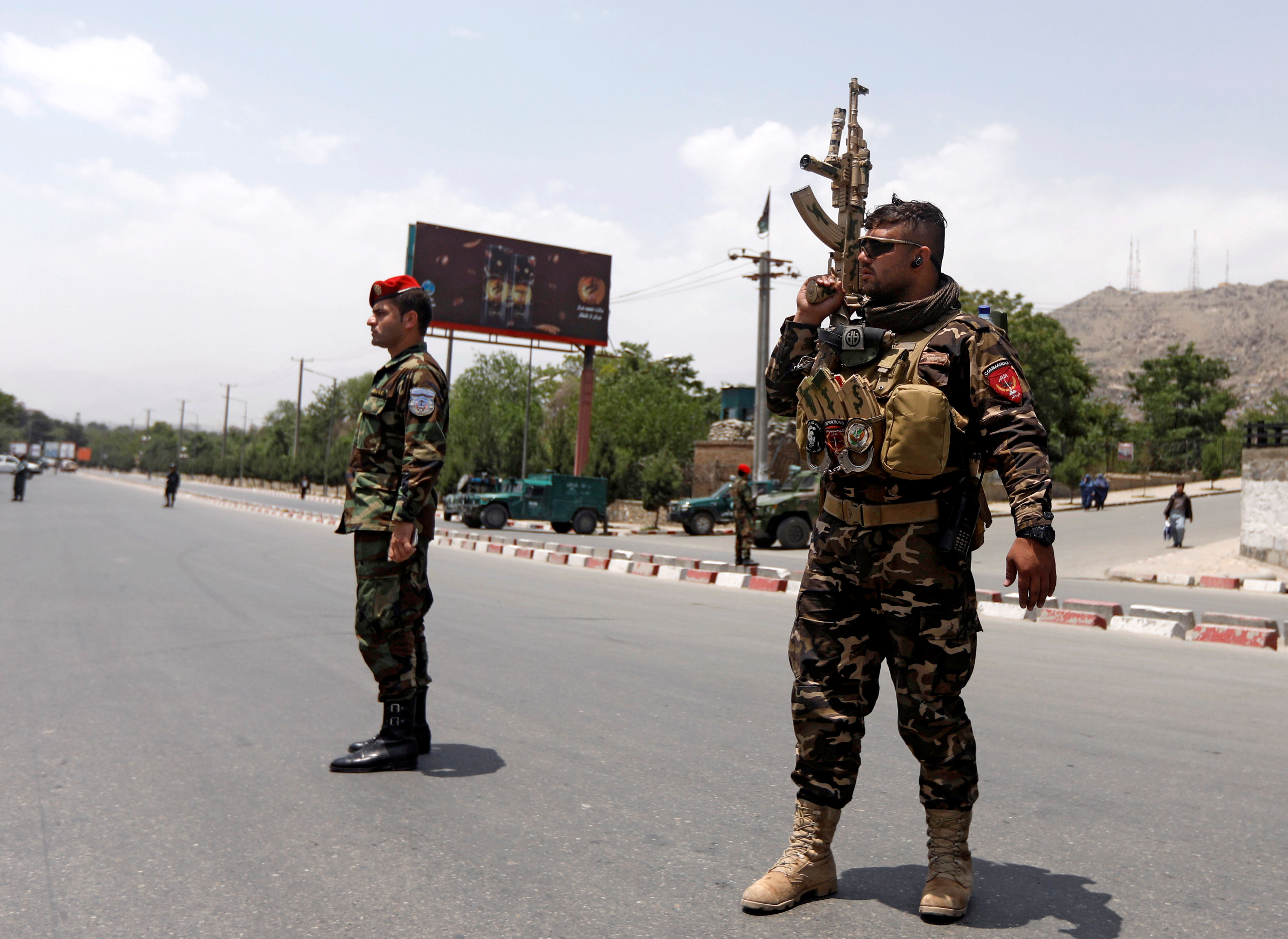 KABUL (Reuters) – A motorcycle suicide bomber killed 14 people near a gathering of Muslim clerics in the Afghan capital on Monday after they had issued a fatwa against suicide bombings, officials said, in the latest in a series of attacks to hit Kabul.

The bomb exploded at the entrance to a giant tent, near residential buildings in the west of Kabul, after most the clerics had left, a witness said. Women living nearby were crying as they gathered with their families.

No group immediately claimed responsibility for the attack, which underlines deteriorating security ahead of parliamentary and district council elections set for Oct. 20.

The Taliban, fighting to restore strict Islamic rule after their 2001 ouster at the hands of U.S.-led troops, denied involvement.

More than 2,000 religious scholars from across the country began meeting on Sunday at the Loya Jirga (Grand Council) tent, denouncing years of conflict. They issued a fatwa, or religious ruling, outlawing suicide bombings and demanding that Taliban militants restore peace to allow foreign troops to leave.

A series of bombings in Kabul has killed dozens of people in recent months and shown no sign of easing during the Muslim holy month of Ramadan.

In April, two explosions in Kabul killed at least 26 people, including nine journalists who had arrived to report on an initial blast and were targeted by a suicide bomber.

A week earlier, 60 people were killed and more than 100 wounded when a suicide bomber blew himself up outside a voter registration center in the city.

Militant group Islamic State has claimed responsibility for many attacks in Kabul but security officials say several are much more likely to be the work of the Haqqani network, a group affiliated with the Taliban.

Provincial cities have also been hit as the Taliban have stepped up operations across the country since they announced the beginning of their annual spring offensive in April.