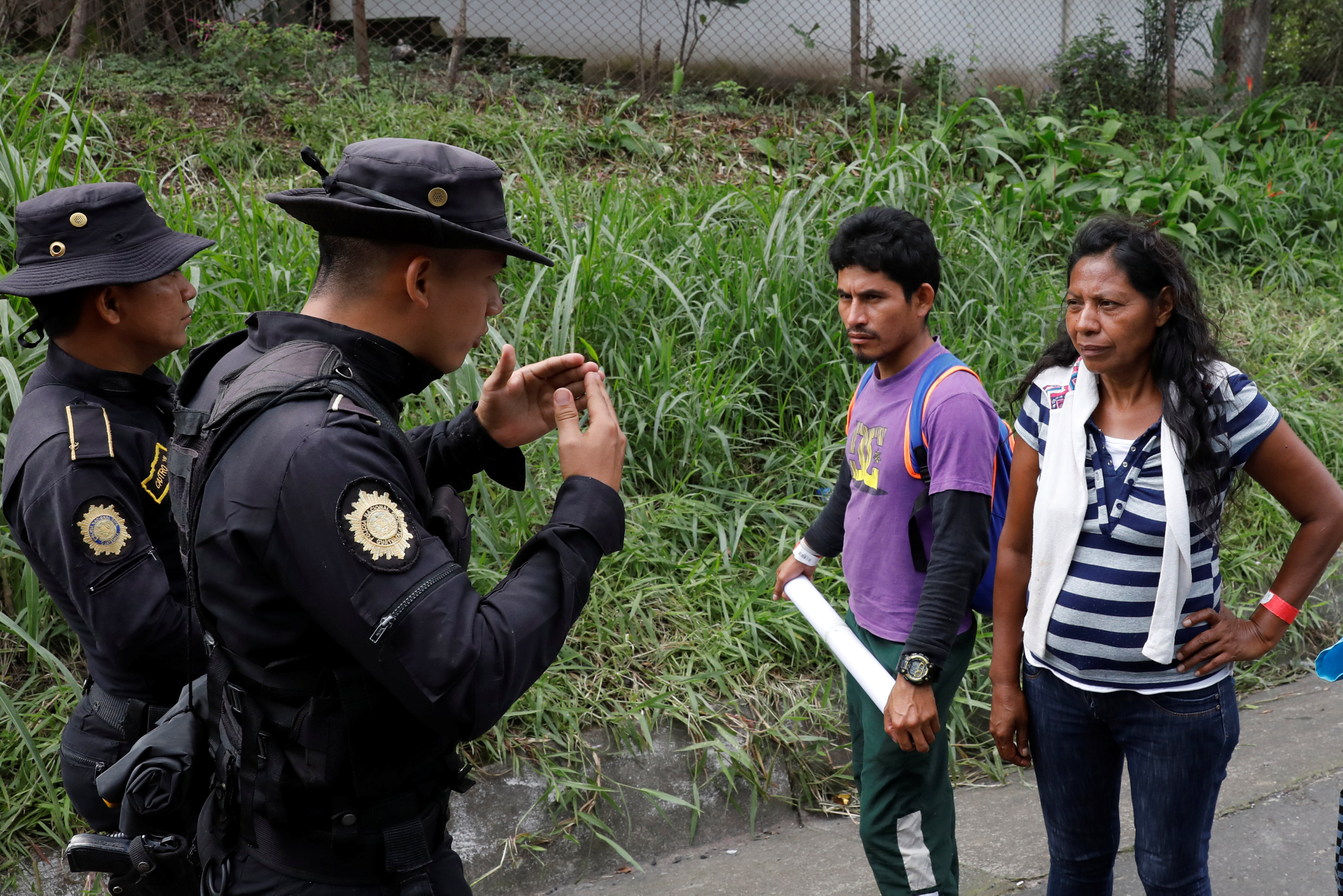 SAN MIGUEL LOS LOTES, Guatemala (Reuters) – Eufemia Garcia watched in horror as Guatemala’s Fuego volcano sent scalding ash and gas surging over her home a week ago, burying her children and grandson among 50 of her extended family. She has been searching for their remains ever since.

At least 110 people died after Fuego erupted last Sunday, pushing fast-moving currents of dust, lava and gas down the volcano’s slopes in its greatest eruption in four decades, and close to 200 more are believed buried beneath the waste. 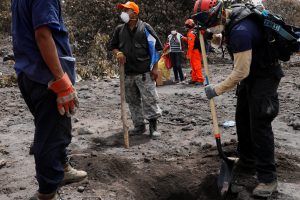 Eufemia Garcia, 48, who lost 50 members of her family during the eruption of the Fuego volcano, looks at rescue workers as they search for her family in San Miguel Los Lotes, Escuintla, June 9, 2018. Picture taken June 9, 2018. REUTERS/Carlos Jasso

Among them, Garcia believes, her nine siblings and their families as well as her mother, her own grown-up children and a grandson, making her family possibly the hardest hit in a disaster that officials admit was made worse by delays in official warnings.

The hamlet of San Miguel Los Lotes on the lush southern flank of the volcano was almost completely swallowed by several meters of ash, and formal search efforts have been suspended until the still-erupting volcano stabilizes.

Defying the suspension order, each morning, Garcia, 48, leaves the shelter she now sleeps in, grabs a pickaxe or a shovel and heads into the danger zone, where groups of volunteers and other families dig down through ash hardened by rain and sun to try and reach their homes below.

Another desperate survivor, Bryan Rivera, is searching for 13 missing relatives. All he has found so far in the dust and desolation is a guitar his 12-year-old sister had loved to play.

“I’m not going to give up until I have a part of my family and am able to give them a Christian burial,” Garcia said, her features drawn with fatigue and grief but her voice unfaltering.

A fruit seller who lived for more than three decades with her extended family in Los Lotes, Garcia said she was out purchasing eggs when she saw the volcanic flow racing toward her village.

She sprinted back to her family’s homes, where uncles and a brother, children and cousins were preparing for a lunch to celebrate a sister visiting from a nearby town.

Rapping furiously at one door after the next, she cried for them to flee. Few heeded the warnings. Her 75-year-old mother decided she could not outrun the danger. 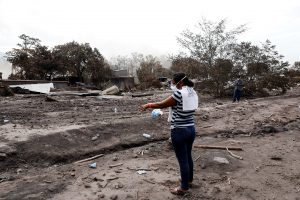 Eufemia Garcia, 48, who lost 50 members of her family during the eruption of the Fuego volcano, points the area where use to be her house in San Miguel Los Lotes Escuintla, June 9, 2018. Picture taken June 9, 2018. REUTERS/Carlos Jasso

Desperate, Garcia ran, jumping over fences together with fleeing neighbors. From a safe distance, she saw the burning flow rise to the roof of her house, submerging it completely with her son Jaime, 21, inside. She watched as the ash rushed toward her daughter Vilma Liliana, 23, who sprinted for safety barefoot but was unable to outpace its terrible path.

Her other daughter Sheiny Rosmery, 28, stayed at home, her son in her arms. The visiting sister and her husband have not been found.

With almost no family left, she does not know where she will live next, or what she will do to survive. But for now, she says, all that matters is the search.

She ticks off a list of her missing, including her three children, her mother, her grandson, brothers, sisters, nephews, children of nephews and brothers-in-law, generations of a relatives among the clutch of families that settled in Los Lotes in the 1970s.

The only survivors are Garcia and a brother who long ago moved away.

“I’ve looked here in the morgue and in another morgue, but there is no sign of them,” she said, standing in front of a row of coffins at a makeshift mortuary.