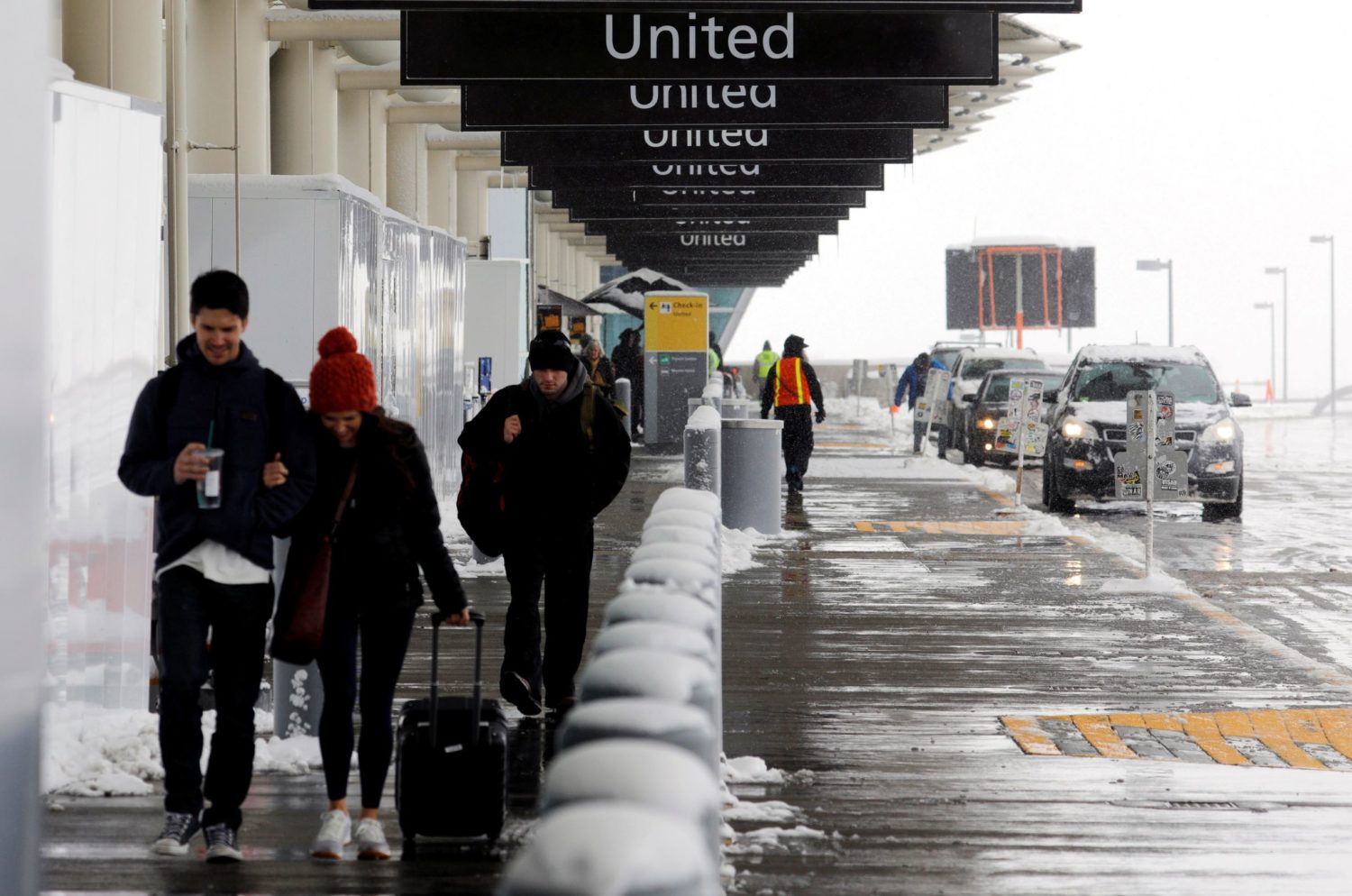 The first storm front was moving across the upper Midwest, where it was forecast to clobber parts of Iowa, Wisconsin and Minnesota with almost a foot of snow (30 cm) and wind gusts of up to 50 mph (80 kph), making travel difficult if not impossible, the National Weather Service (NWS) said.

It also warned of possible winds of up to 60 mph (95 kph) and rainstorms across a wide swath of the central U.S. from western Texas up through Missouri and into Ohio on Wednesday, as millions will hit the roads and board airplanes for the holiday.

The treacherous weather jeopardized travel plans for some of the 55 million Americans expected to fly or drive at least 50 miles (80 km) from their homes for Thursday’s Thanksgiving holiday, according to the American Automobile Association.

“It’s a real bummer,” said Ally Lytle, a 20-year-old student at the University of Wyoming in Laramie, who will be unable to make 400-mile (645-km) road trip home to Jackson Hole after the storm swept through the area on Tuesday. 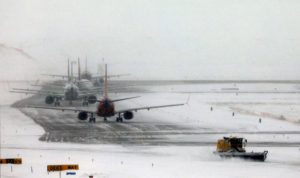 The storm had already closed highways across the region and canceled and delayed hundreds of flights in and out of Denver on Tuesday.

Wind gusts of more than 40 mph (65 kph) on the East Coast on Thursday may also ground the giant balloons featured during the Macy’s Thanksgiving Day Parade in New York City, the weather service said in an advisory.

“Look, I know this weather means people won’t get to see their families, might be stranded in airports, etc, and all of that is awful,” said Susan Arendt on Twitter. “But I’ll be really sad if the wind means no balloons in the Macy’s parade.”

The second storm was rapidly intensifying as it pushed toward Oregon and northern California, where damaging winds, coastal flooding and heavy mountain snows of up to 4 feet (120 cm) were forecast, the NWS said.

(Reporting by Brendan O’Brien in Chicago; Editing by Clarence Fernandez)