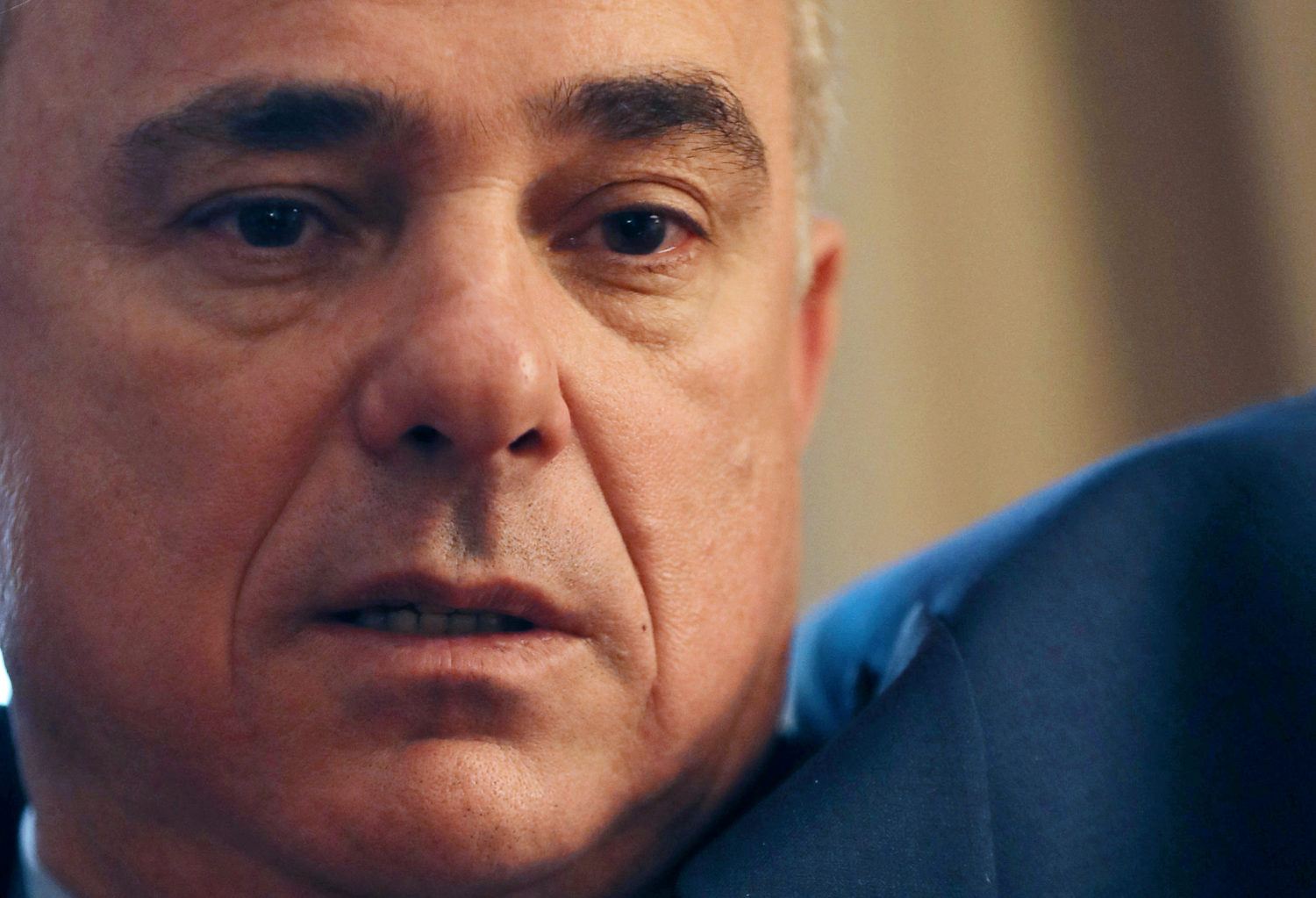 JERUSALEM (Reuters) – Israel’s energy minister on Friday warned tensions between Iran and the United States were reaching a breaking point and an Israeli unity government deal was needed to stave off the threat of conflict following an inconclusive election last week.

Washington has blamed Iran for a Sept. 14 attack on Saudi Arabia’s oil facilities, and on Thursday announced it would send radar systems and Patriot missiles to the kingdom to bolster its defenses. Iran denies carrying out the attack.

Yuval Steinitz, who is also a member of Prime Minister Benjamin Netanyahu’s security cabinet, warned “we are on the verge of the Iran situation blowing up”.

“(The) chances of an American-Iranian or Saudi-Iranian blow-up, or a blow-up in the Gulf which, if it happens, is liable to reach us too, is something that is very, very tangible and realistic,” Steinitz told Tel Aviv radio station 102 FM on Friday.

Steinitz, a member of Netanyahu’s right-wing Likud party, said the potential for a wider conflict “is another reason for the need to hasten and form a broad unity government now, and not to be dragged into months of boycotts and discussions.”

On Wednesday, Netanyahu was tapped to try to form the next coalition government after garnering marginally more support from lawmakers than his centrist rival, Benny Gantz, in a Sept. 17 election.

Neither leader was able on his own to put together a coalition with a ruling majority or reach a power-sharing deal for a unity government between their two parties.

However, with little appetite among Israeli voters for a third trip to the polls in less than a year if no government emerges, public pressure could grow for Netanyahu and Gantz to compromise and join forces. 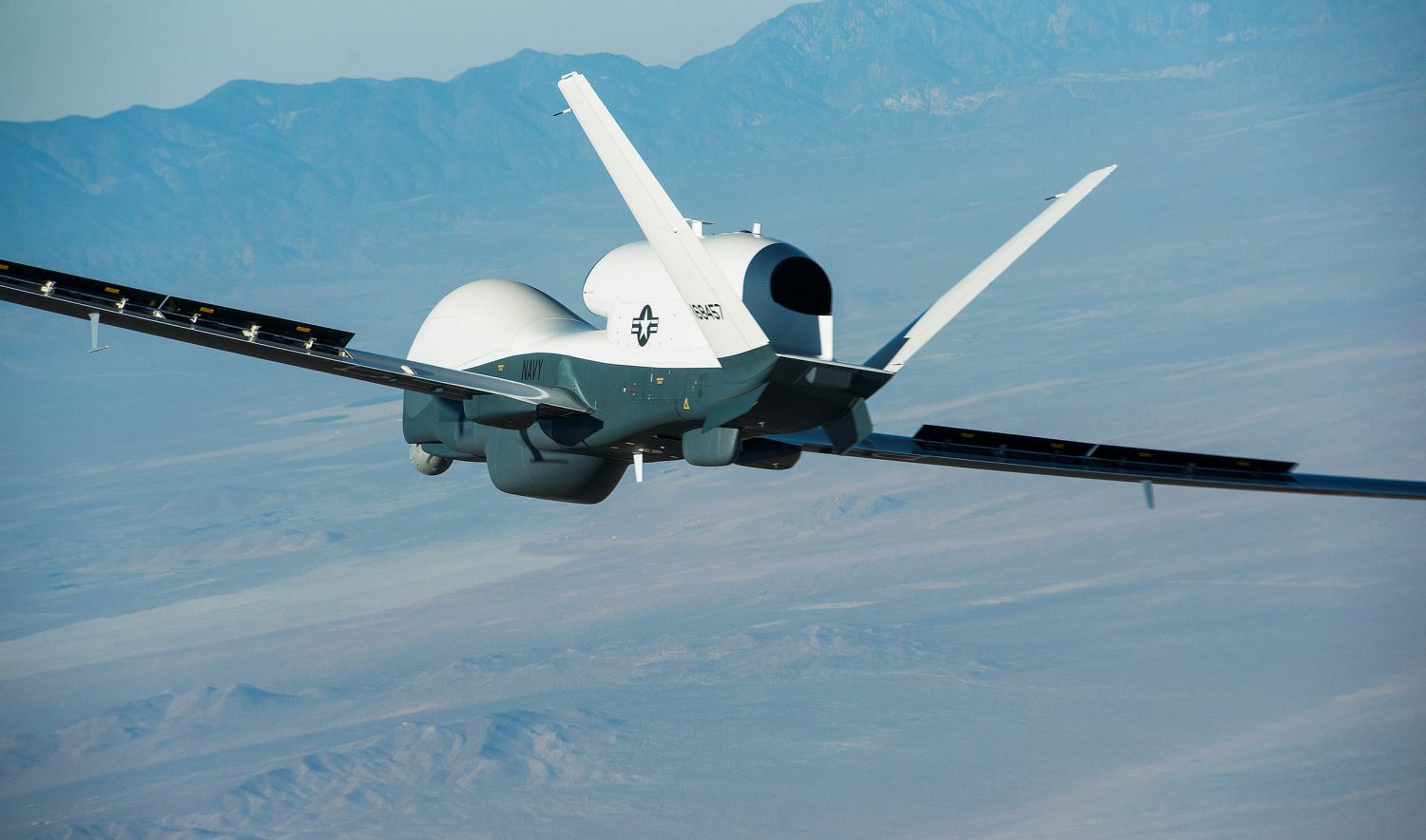 By Parisa Hafezi and Phil Stewart

DUBAI/WASHINGTON (Reuters) – Iran on Thursday shot down a U.S. military drone it said was on a spy mission over its territory but Washington said the aircraft was targeted in international air space in “an unprovoked attack”.

The incident fanned fears of wider military conflict in the Middle East as U.S. President Donald Trump pursues a campaign of to isolate Iran over its nuclear and ballistic missile programs and role in regional wars.

It was the latest in an escalating series of incidents in the Gulf region, a critical artery for global oil supplies, since mid-May including explosive strikes on six oil tankers as Tehran and Washington have slid toward confrontation.

Iran has denied involvement in any of the attacks, but global jitters about a new Middle East conflagration disrupting oil exports have triggered a jump in crude prices. They surged by more than $3 to above $63 a barrel on Thursday.

Saudi Arabia, Washington’s main gulf ally, said Iran had created a grave situation with its “aggressive behavior” and the kingdom was consulting other Gulf Arab states on next steps.

Tensions flared with Trump’s withdrawal last year from world powers’ 2015 nuclear accord with Iran and have worsened as Washington imposed fresh sanctions to throttle Tehran’s vital oil trade and Iran retaliated earlier this week with a threat to breach limits on its nuclear activities imposed by the deal.

Upping the ante, Washington said on Monday it would deploy about 1,000 more troops, along with Patriot missiles and manned and unmanned surveillance aircraft, to the Middle East on top of a 1,500-troop increase announced after the May tanker attacks.

Iranian state media said the “spy” drone was brought down over the southern Iranian province of Hormozgan, which is on the Gulf, with a locally made “3 Khordad” missile.

A U.S. official said the drone was a U.S. Navy MQ-4C Triton and that it had been downed in international air space over the Strait of Hormuz, through which about a third of the world’s seaborne oil exits the Gulf..

Navy Captain Bill Urban, a spokesman for the U.S. military’s Central Command, said Iran’s account that the drone had been flying over Iranian territory was false.

“This was an unprovoked attack on a U.S. surveillance asset in international air space,” Urban said. The drone, he added, was downed over the Strait of Hormuz at approximately 2335 GMT – in the early morning hours of local time in the Gulf.

The Islamic Republic’s Foreign Ministry insisted the drone had violated Iranian air space and warned of the consequences of such “illegal and provocative” measures.

Independent confirmation of the drone’s location when it was brought down was not immediately available.

A Iranian Revolutionary Guards statement said the drone’s identification transponder had been switched off “in violation of aviation rules and was moving in full secrecy” when it was downed, Iranian state broadcaster IRIB reported.

“Our air space is our red line and Iran has always responded and will continue to respond strongly to any country that violates our air space,” Ali Shamkhani, secretary of the Supreme National Security Council, told Iran’s Tasnim news agency.

The MQ-4C Triton’s manufacturer, Northrop Grumman, says on its website that the Triton can fly for over 24 hours at a time at altitudes higher than 10 miles (16 km), with an operational range of 8,200 nautical miles.

The Trump administration sought on Wednesday to rally global support for its pressure on Iran by displaying limpet mine fragments it said came from an oil tanker damaged in the June 13 attacks, saying the ordinance closely resembled mines publicly displayed in Iranian military parades.

European diplomats have said more evidence is needed to pinpoint responsibility for the tanker strikes.

The U.S. sanctions net draped over Iran, scuttling its oil exports and barring it from the dollar-dominated global finance system, have hammered Iran’s economy, undoing the promise of trade rewards from the 2015 deal to curb its nuclear ambitions.

Trump has sent forces including aircraft carriers, B-52 bombers and troops to the Middle East over the past few weeks. Iran said last week it was responsible for the security of the Strait of Hormuz, calling on American forces to leave the Gulf.

Tehran has also said it will shortly suspend compliance with the nuclear deal’s curbs on its uranium enrichment, meant to block any pathway to nuclear weapons capability, and threatened to disrupt oil shipments through the Strait of Hormuz.

But Trump – who sees the nuclear deal as flawed to Iran’s advantage and requiring renegotiation – and Iranian Supreme Leader Ayatollah Ali Khamenei have both said they have no interest in starting a war.

Heightened U.S.-Iranian tensions have also stoked concerns about increasing bloodshed in countries where Iran and its Saudi-led Gulf Arab regional rivals have long been locked in proxy battles for geopolitical dominance in the Middle East.

(Additional reporting by Asma Alsharif in Dubai and Stephen Kalin in Riyadh; Writing by Parisa Hafezi; Editing by Mark Heinrich)