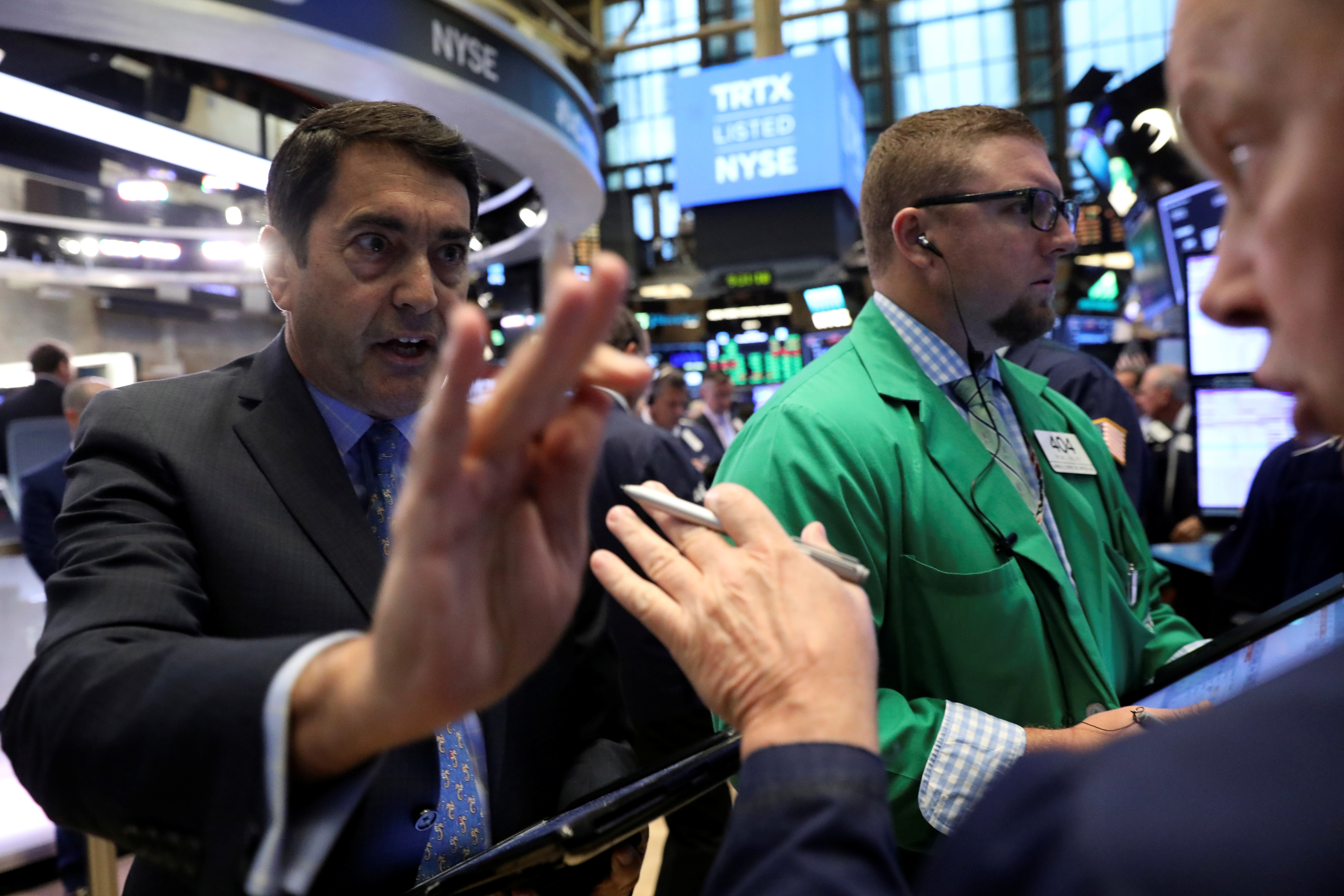 By Sweta Singh and Ankur Banerjee

(Reuters) – U.S. stock indexes opened higher on Monday, with the Dow hitting a record high, as investors remained optimistic on corporate earnings in the second quarter.

Investors have been counting on earnings to support the relatively high valuations for equities, with the S&P 500 trading at about 18 times earnings estimates for the next 12 months, above its long-term average of 15 times.

Of the 289 S&P 500 companies that reported results until Friday, 73 percent of them beat analyst expectations. This is above the 71 percent average over the past four quarters, according to Thomson Reuters.

The S&P 500 slipped on Friday on negative reactions to earnings reports from high-profile names such as Amazon, Exxon and Starbucks and a drop in shares of tobacco companies.

“We had a choppy week last week, we had a very erratic week, so coming off a erratic week, we’re getting some early morning premarket bargain hunting,” said Andre Bakhos, managing director at Janlyn Capital LLC.

“We’re not having anything coming that the markets can sink their teeth into.”

Apple Inc, a part of the Dow, is expected to report quarterly results after market close on Tuesday and its performance may hold the sway over tech stocks this week.

Seven of the 11 major S&P sectors were higher, with the financial index’s 0.38 percent rise leading the gainers.

The National Association of Realtors said its Pending Home Sales Index, based on contracts signed last month, jumped 1.5 percent to a reading of 110.2.

The Federal Reserve of Dallas will release its monthly manufacturing index for July at around 10:30 a.m. ET.

Oil prices rose on Monday, putting July was on track to become the strongest month for the commodity this year.

Scripps Network was up 1.23 percent at $87.98 premarket after Discovery Communications said it would buy the media company for $14.6 billion.

Charter Communications Inc shares were up 4.3 percent at $386.13 after the U.S. cable operator said on Sunday it was not interested in buying wireless carrier Sprint Corp.

Shares of Snap Inc fell 4.1 percent to $13.10 and hit a record low, as a share lockup ended, allowing for sales by early investors and pushing it further below its March initial public offering price.