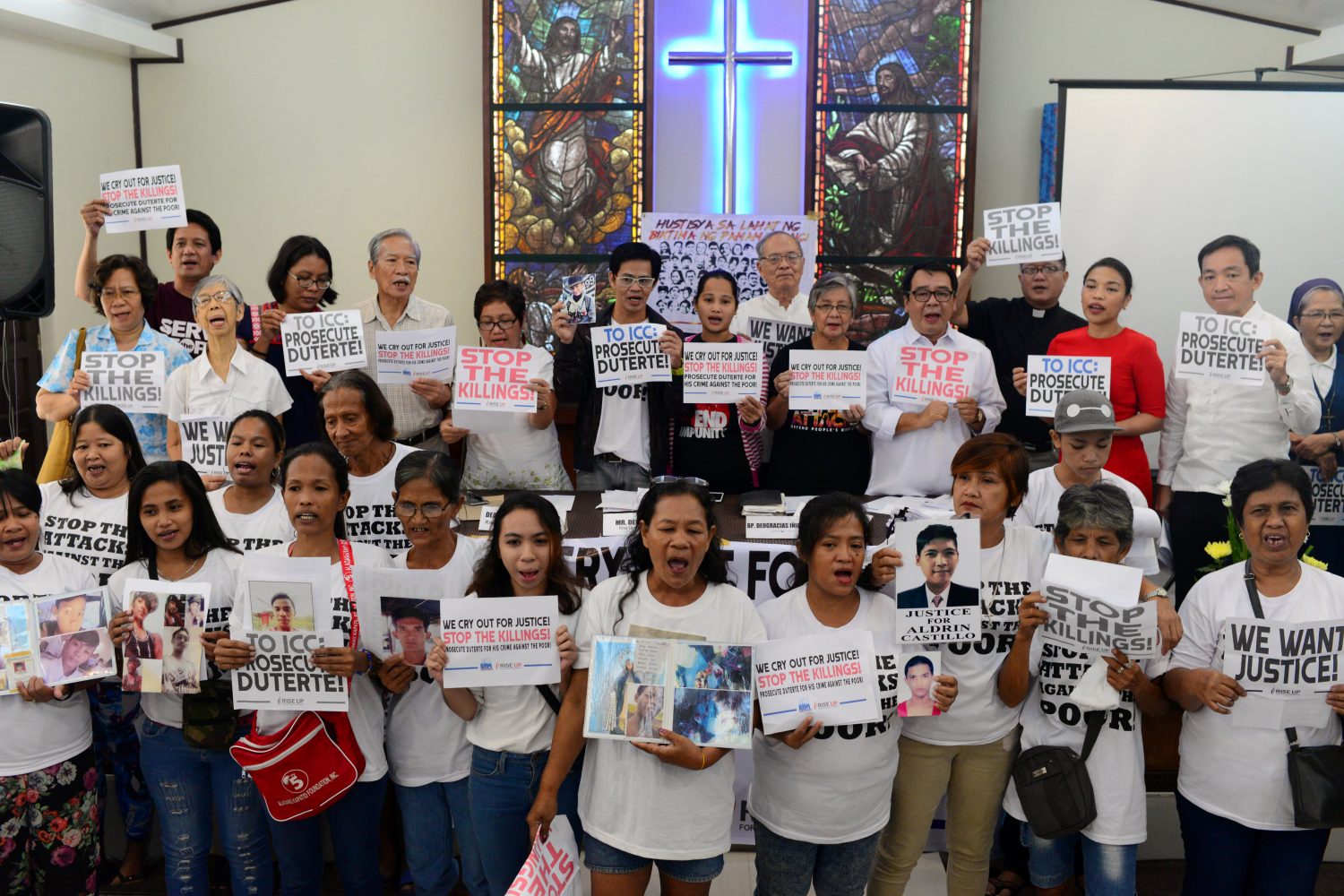 MANILA (Reuters) – Impunity and unlawful killings are going on unabated in the Philippines, three years into a war on drugs, with a pattern of executions under the guise of police sting operations and a state unwilling to investigate, a rights group said on Monday.

London-based Amnesty International urged the United Nations Human Rights Council to approve a resolution calling for an investigation into the Philippines, where there was a “perilous normalization” of illegal executions and police abuses.

A vote on the resolution by the 47-member council is expected later this week.

The exact number of dead in President Rodrigo Duterte’s war on drugs is impossible to independently verify, but many thousands have been killed, about 6,600 of those during operations in which police said suspects were armed and fought back.

Amnesty, in a report titled “They Just Kill”, said the authorities used “deliberate obfuscation and misinformation” to make it impossible to monitor the full extent of killings, which overwhelmingly targeted poor and marginalized communities lacking the means or support to mount legal challenges against police.

Amnesty’s report, compiled in April, focused on Bulacan province, the new epicenter of the crackdown, examining 27 killings there during 20 incidents, 18 of which were official police operations.

In three-quarters of incidents, those killed were on “watch lists” of people in communities with suspected use or involvement in drugs, Amnesty found.

It viewed those lists as unreliable and illegitimate “seeming to guide decisions about whom the police are targeting for arrest, or in some cases, to kill”.

Based on witnesses and other information, it concluded half were extrajudicial killings. It said the other incidents pointed broadly to previous patterns of executions, but it could not obtain sufficient evidence and information to be certain.

The police narrative that undercover officers posing as drug buyers had killed only in self-defense “doesn’t meet the feeblest standards of credibility”, Amnesty concluded.

Duterte’s spokesman, Salvador Panelo, said Amnesty’s basis for calling for an international investigation was wrong, and there were no such illegal killings.

“They are saying that there have been murders in this country as if all those who were killed in police operations have been intentionally slaughtered or killed,” he said during a regular new briefing.

“As we have repeatedly said, these are the result of legitimate police operations.”

Panelo last week described the call for a U.N. investigation as interference by foreign governments “misled by false news and untruthful narratives”.