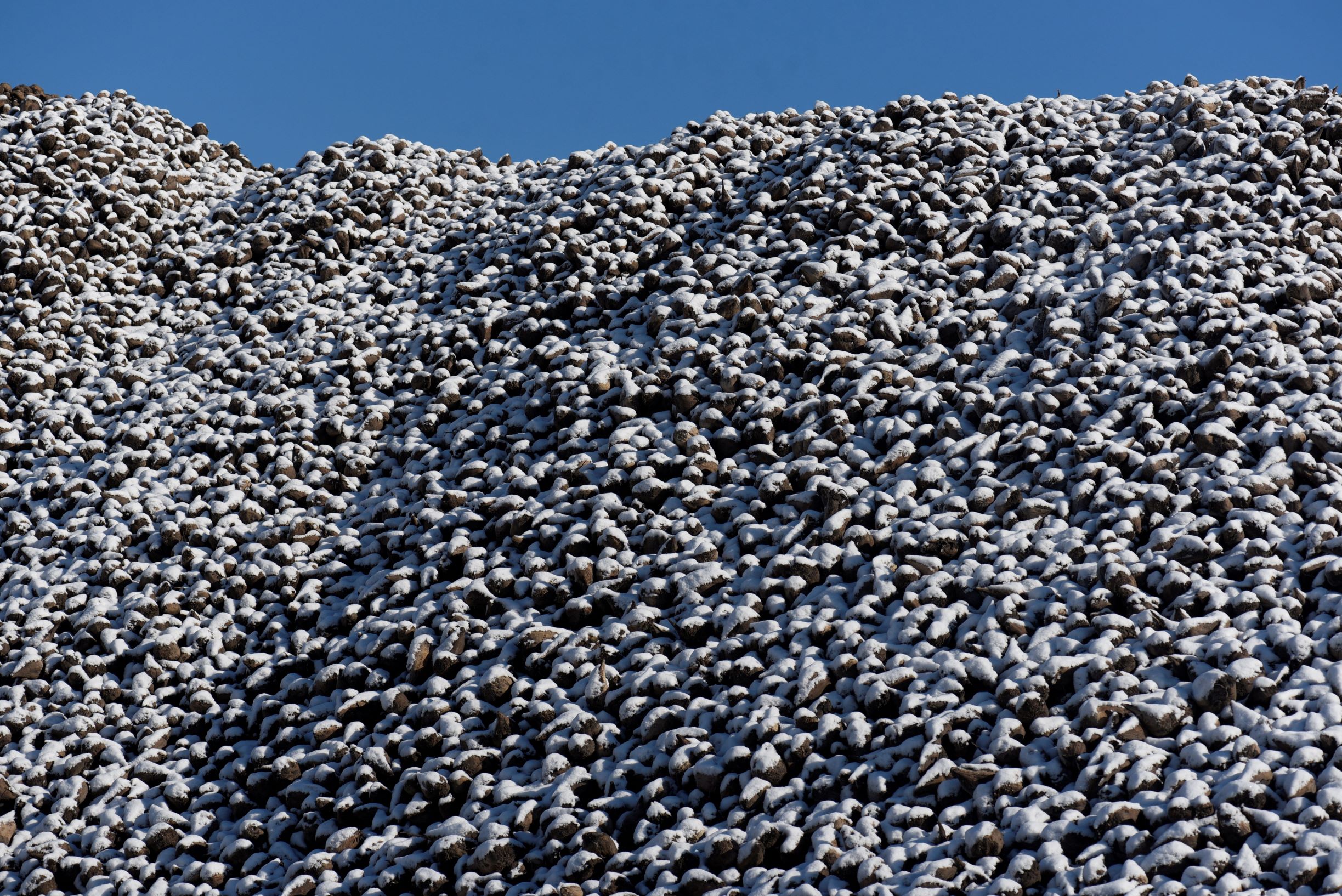 HALLOCK, Minn. (Reuters) – Weather during harvest season in the U.S. Red River Valley, a fertile sugar beet region in Minnesota and North Dakota, has to farmers felt like a series of plagues.

Rain and snow pelted crops in September and October. That was followed by a blizzard, and then warm temperatures that left fields a boggy mess. Next came a deep freeze, ruining the underground sugar beet crop, and dealing a harsh blow to farm incomes.

“I can take a couple of perils from Mother Nature and after that I’m on my knees,” said Dan Younggren, 59, who was unable to harvest 500 acres (200 hectares) of sugar beets, or 40% of his plantings near Hallock, Minnesota. “We’ve never had a situation like this.”

Extreme weather has hampered planting and harvesting of corn, soybeans, and other crops throughout 2019 across the United States and Canadian farm belts.

But in Minnesota and North Dakota, which accounted for 56% of the U.S. sugar beet acres this year, the freeze is a double whammy.

Sugar beet growers’ contracts with processors, which operate as farmer-owned cooperatives, require those who leave unharvested acres to pay a fee to the cooperative so it can pay its bills in leaner years.

Younggren’s five-generation farm must pay American Crystal Sugar a fixed cost of $343 for every unharvested acre, totaling roughly $171,500 to be docked from payments for beets he did harvest.

On Monday, the U.S. government authorized the import of an additional 100,000 short tons of Mexican refined sugar due to the harvest issues. The United States is the world’s third-largest sugar importer after Indonesia and China, buying 2.8 million tonnes in 2018-19, according to the U.S. Department of Agriculture.

“Normally this time of year you would see piles everywhere,” said Thompson, who left 170 acres unharvested. “This is heart-wrenching for me to see the yards this empty.”

American Crystal, the largest U.S. sugar beet processor, did not respond to requests for comment.

Cargill Inc, one of the largest U.S. refined sugar suppliers, has adequate supply of cane sugar for its Louisiana refinery, but may import more sugar if customers need it due to the poor beet harvest, said Chad Cliff, the company’s global sugar product line lead.

Crop insurance will compensate farmers for some of their yield loss, but there is no program that will allow them to recoup the fixed cost fees, said Thompson.

It is too soon to know the extent of crop damage, said Luther Markwart, executive vice-president of Washington-based American Sugarbeet Growers Association. Farmers could potentially seek assistance under the Wildfires and Hurricanes Indemnity Program, which farmers have not used before for field crops damaged by rain and cold, he said.

In towns across the Red River Valley, the sugar farm disaster has left few people untouched.

“It’s going to affect everyone from the grocery store to the restaurant to the liquor store,” said Chip Olson, the part-time mayor of Drayton, North Dakota, population 760.

Many of the town’s residents work in its Crystal Sugar plant, and usually have seasonal jobs until late spring. This year the work will likely run out months earlier, Olson said.

The combination of rains, thaws and the freeze made the beets unusable. Wade Hanson, who grows sugar beets with his family near Crookston, Minnesota, was unable to harvest half of the farm’s plantings, or 500 acres, this year.

“My dad always told me, ‘we always get the beet crop off.’ This year it didn’t happen and that was pretty shocking.”