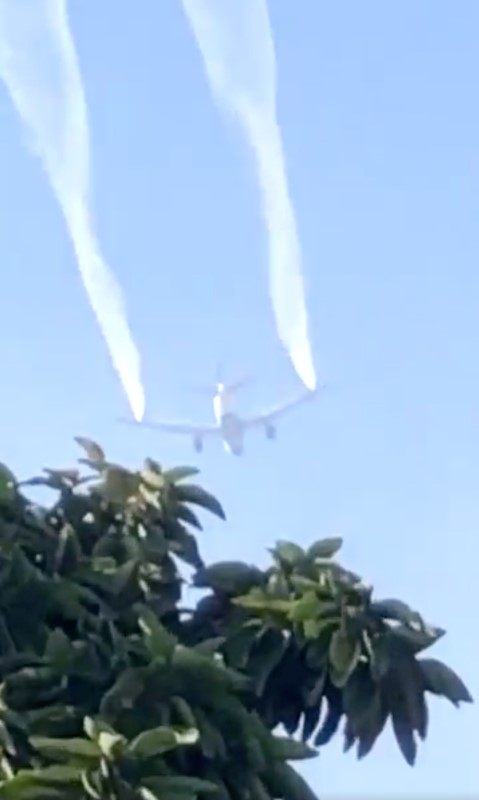 All of the injuries at Park Avenue Elementary School in suburban Cudahy were said to be minor and none of the victims needed hospitalization, the Los Angeles County Fire Department said on Twitter.

“Shortly after takeoff, Flight 89 from LAX to Shanghai experienced an engine issue requiring the aircraft to return quickly to LAX. The aircraft landed safely after a release of fuel, which was required as part of normal procedure to reach a safe landing weight,” Delta said in a written statement.

“We are in touch with Los Angeles World Airports and the L.A. County Fire Department and share concerns regarding reported minor injuries to adults and children at a school in the area,” the airline said.

The Federal Aviation Administration said in a separate statement that it was “thoroughly investigating the circumstances” behind the incident and suggested the flight may not have followed fuel-dumping rules.

“There are special fuel-dumping procedures for aircraft operating into and out of any major U.S. airport,” the agency said. “These procedures call for fuel to be dumped over designated unpopulated areas, typically at higher altitudes so the fuel atomizes and disperses before it reaches the ground.”

The fire department said it had confirmed that jet fuel was the substance dropped on the school’s playground while students were at recess and that 70 firefighters were on the scene treating the injured.Other students had been evacuated from the elementary school following the incident, a Los Angeles County Sheriff’s spokeswoman said.

Parents were notified to pick up their children near the school, which is about 16 miles east of the airport. Two streets were closed during the emergency response.

The mayor of Cudahy, Elizabeth Alcantar, said on Twitter the city had opened an emergency response center following the incident and would conduct a “townhall” meeting to provide more information. 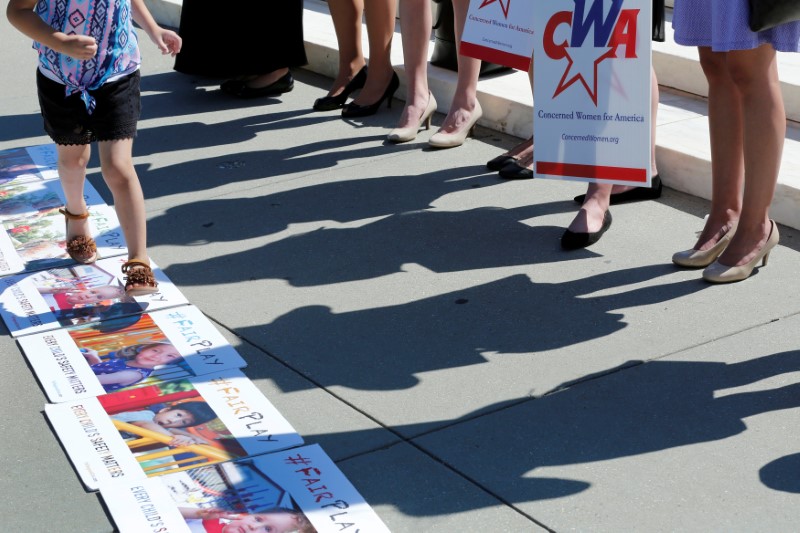 WASHINGTON (Reuters) – The U.S. Supreme Court on Monday sided with a church that objected to being denied public money in Missouri, potentially lessening America’s separation of church and state by allowing governments more leeway to fund religious entities directly.

Conservative Chief Justice John Roberts, writing for the majority, said that the exclusion of the church “solely because it is a church, is odious to our Constitution.”

In denying the church’s bid for public funding, Missouri cited its constitution that bars “any church, sect or denomination of religion” or clergy member from receiving state money, language that goes further than the U.S. Constitution’s separation of church and state.

Trinity Lutheran, which runs a preschool and daycare center, wanted a safer surface for its playground. Its legal fight was led by the Alliance Defending Freedom conservative Christian legal advocacy group.

The dispute pitted two provisions of the U.S. Constitution’s First Amendment against each other: the guarantee of the free exercise of religion and the Establishment Clause, which requires the separation of church and state.