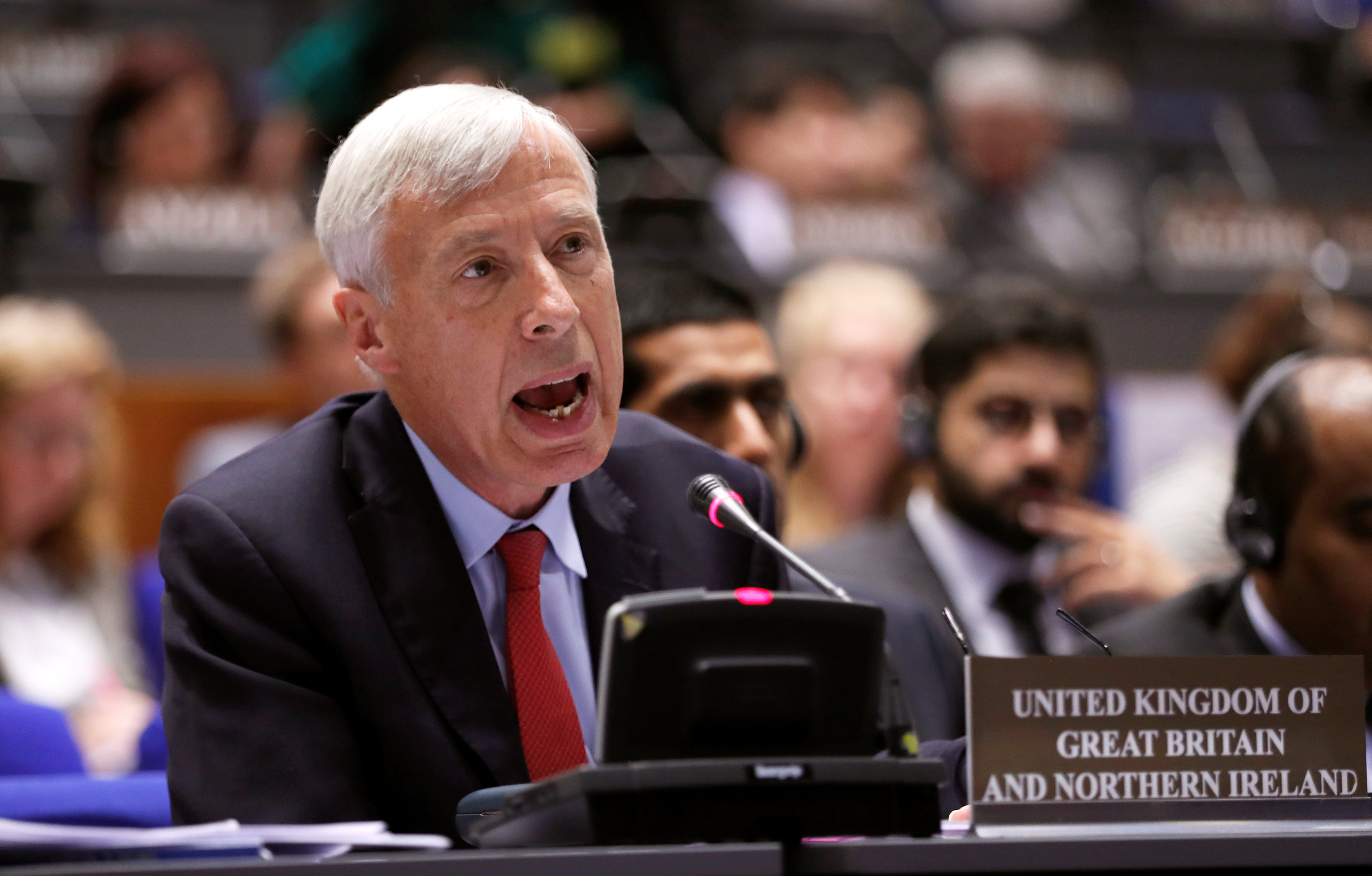 By Anthony Deutsch and Toby Sterling

THE HAGUE (Reuters) – Britain’s Foreign Minister Boris Johnson called on Tuesday for all nations to vote to bolster the powers of the chemical weapons watchdog, saying it should be able to assign blame for attacks with banned poison munitions.

The United States and European Union said they would support a draft proposal made by the British delegation at the Organization for the Prohibition of Chemical Weapons (OPCW), while Russia and several of its allies opposed it.

“At present the OPCW’s experts can say where and when an attack happened, but not who was responsible,” Johnson told representatives of more than a hundred countries at a meeting in The Hague. “If we are serious about upholding the ban on chemical weapons that gap must be filled.”

A vote will be held on Wednesday. Decisions must win two-thirds of votes cast to be passed.

The British are seeking to re-galvanize support for an international ban on chemical weapons, which have been used repeatedly in the Syrian civil war. Banned chemicals have also been used by militants on the battlefield in Iraq in recent years, and are suspected in the poisoning of a half brother of North Korean leader Kim Jong Un last year in Malaysia and of a former KGB spy and his daughter in England this year.

Russia, Iran and Syria objected to the move and accused the British of breaking OPCW rules. The conference chairman said the British call for a vote was in line with procedures.

Russian representative Georgy Kalamanov called the British proposal “a clear attempt here to manipulate the mandate of the OPCW and to undermine the legal basis on which it stands, with which we fully disagree.”

“We should reflect very seriously on this proposal, and not allow it to undermine the fate of the OPCW,” he said.

The 20-year-old OPCW, which oversees a 1997 treaty banning the use of toxins as weapons, is a technical, scientific body which determines whether chemical weapons were used. It does not have the authority to identify perpetrators.

The British-led proposal was to be debated by roughly 140 countries at a special session of the OPCW that started on Tuesday. The draft proposal, a copy of which was reviewed by Reuters, could thrust the OPCW to the front of a diplomatic confrontation between the West and Moscow which has seen relations deteriorate to their lowest point since the Cold War.

Russia and Indonesia submitted rival proposals, but Western diplomats said they were not believed to have strong political backing. Johnson called for other countries to reject them.

The meeting comes as OPCW inspectors prepare a report on an alleged poison attack in the Douma enclave near Damascus, Syria, in April that killed dozens and triggered retaliatory air strikes by the United States, France and Britain.

From 2015-2017 a joint United Nations-OPCW team known as the Joint Investigative Mechanism (JIM) had been empowered to identify individuals or institutions behind chemical weapons attacks in Syria. The JIM confirmed that Syrian government troops used the nerve agent sarin and chorine barrel bombs on several occasions, while Islamic State militants were found to have used sulfur mustard.

But at a deadlocked U.N. Security Council, the JIM was disbanded last year, after Moscow used its veto to block several resolutions seeking to renew its mandate beyond November 2017.

“The widespread use of chemical weapons by Syria in particular threatens to undermine the treaty and the OPCW,” said Gregory Koblentz, a non-proliferation expert at George Mason University, in the United States. “Empowering the OPCW to identify perpetrators of chemical attacks is necessary to restoring the taboo against chemical weapons and the integrity of the chemical weapons disarmament regime.”