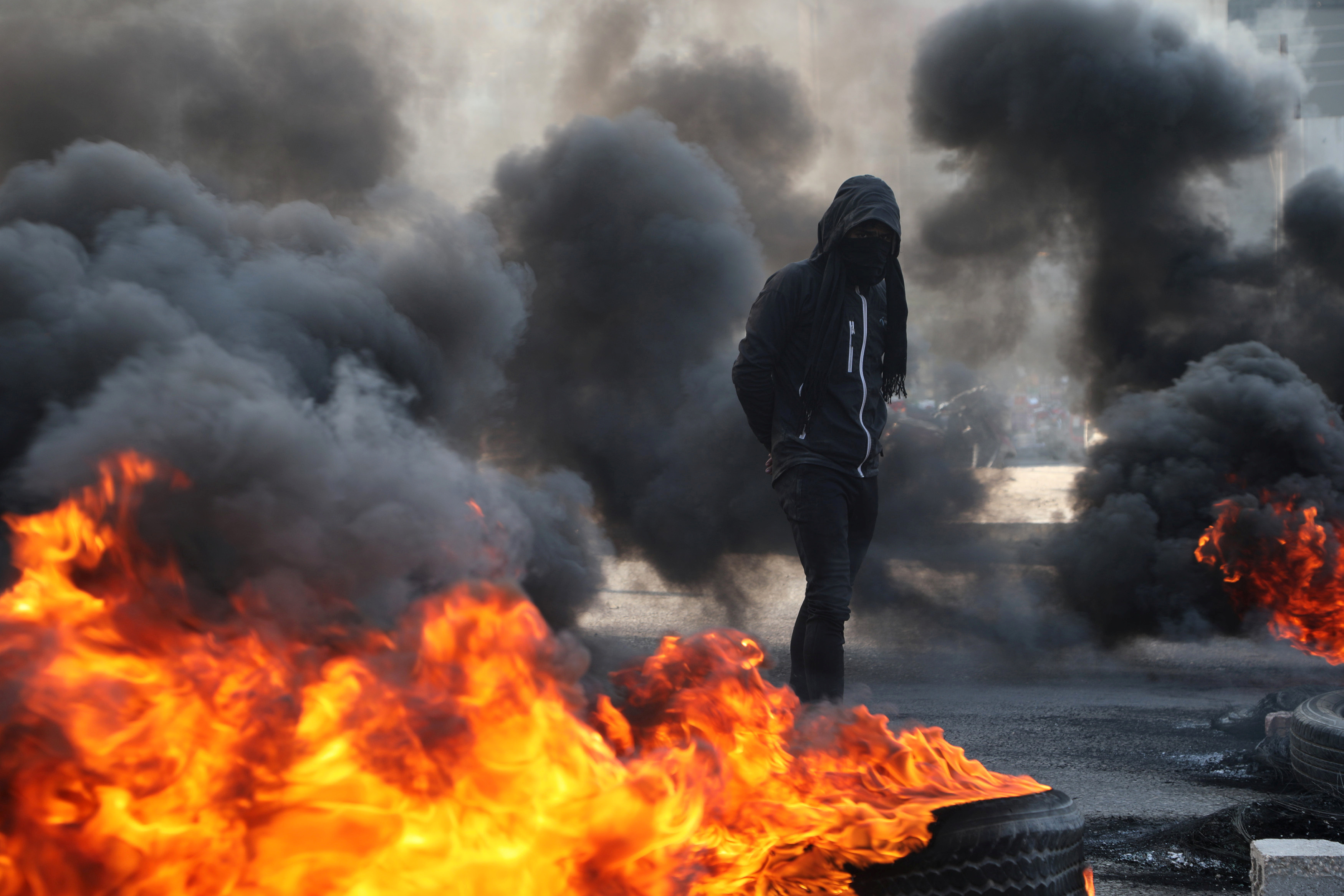 BAGHDAD (Reuters) – Six Iraqis including two police officers were killed and scores were wounded in Baghdad and other cities on Monday in clashes with security forces, medical and security sources said, as anti-government unrest resumed after a lull of several weeks.

Three protesters succumbed to their wounds in a Baghdad hospital after police fired live rounds in Tayaran Square, security and medical sources said. Two protesters were shot by live bullets while a third was hit by a tear gas canister, they said.

A fourth demonstrator was shot dead by police in the Shi’ite holy city of Kerbala, the sources added.

“They (security forces) should stop shooting and aiming, who are they and who are we? Both sides are Iraqis. So why are you killing your brothers?” said one woman protester in Baghdad who declined to give her name.

In the Iraqi oil city of Basra, two policemen were struck and killed by a civilian car during the protest, security sources said. The driver was trying to avoid the scene of clashes between protesters and security forces when he drove into the two officers, they said.

Elsewhere in southern Iraq, hundreds of protesters burned tires and blocked main roads in several cities, including Nassiriya, Kerbala and Amara. They say Prime Minister Adel Abdul Mahdi has not fulfilled promises including naming a new government acceptable to Iraqis.

Baghdad police said its forces had reopened all roads that were closed by “violent gatherings”. It said 14 officers were wounded near Tahrir square, including some with head wounds and broken bones.

Traffic was disrupted on a highway linking Baghdad to southern cities, a Reuters witness said. Production in southern oilfields was unaffected by the unrest, oil officials said.

Mass protests have gripped Iraq since Oct. 1, with mostly young protesters demanding an overhaul of a political system they see as profoundly corrupt and as keeping most Iraqis in poverty. More than 450 people have been killed.

Numbers had dwindled but protests resumed last week as demonstrators sought to keep up momentum after attention turned to the threat of a U.S.-Iran conflict following Washington’s killing of Tehran’s top general in an air strike inside Iraq.

The killing of Qassem Soleimani, to which Tehran responded with a ballistic missile attack on two Iraqi military bases housing U.S. troops, has highlighted the influence of some foreign powers in Iraq, especially Iran and the United States.