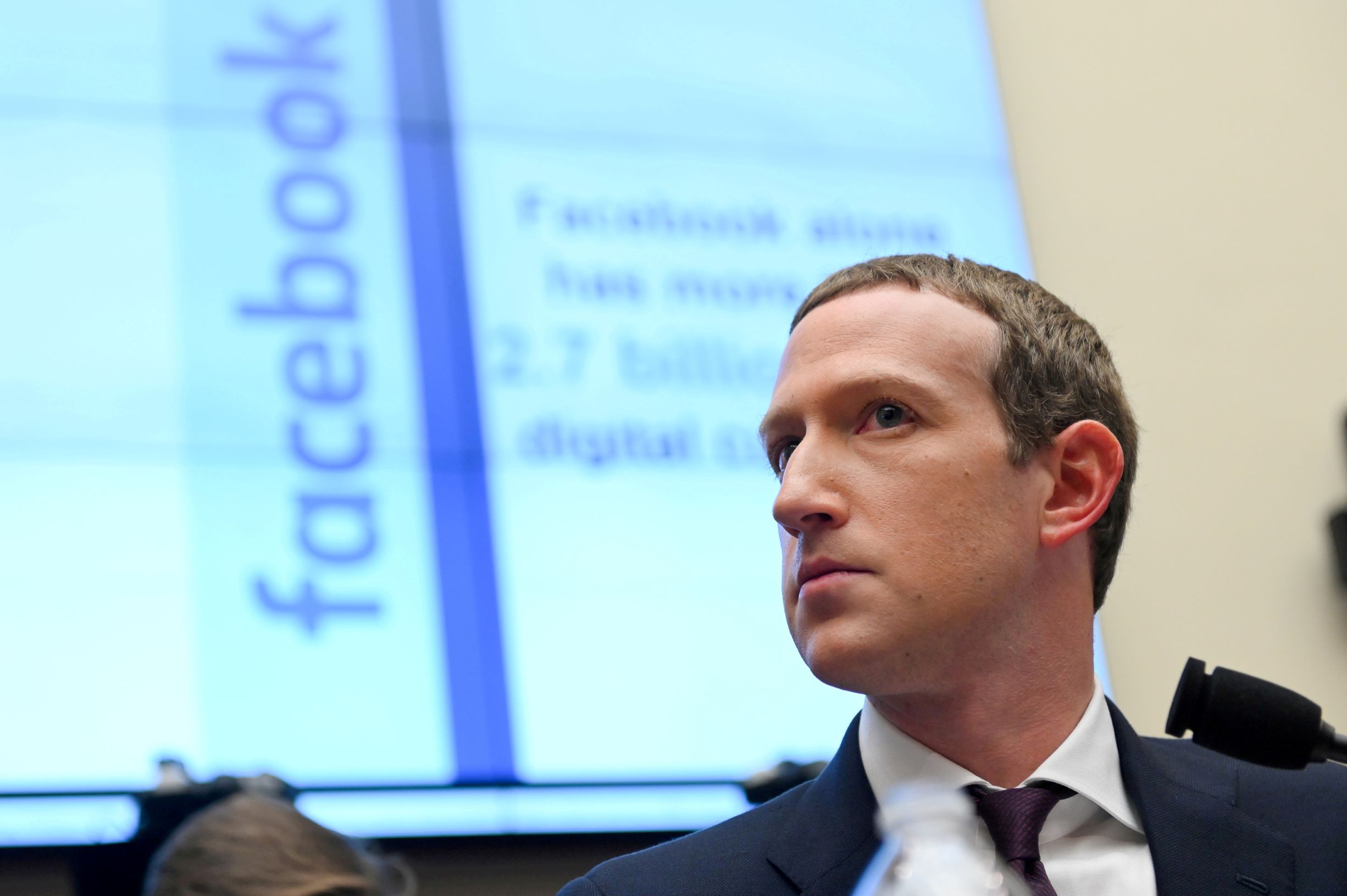 SAN FRANCISCO (Reuters) – Facebook Inc said on Thursday it was making some changes to its approach to political ads, including allowing users to turn off certain ad-targeting tools, but the updates stop far short of critics’ demands and what rival companies have pledged to do.

The world’s biggest social network has vowed to curb political manipulation of its platform, after failing to counter alleged Russian interference and the misuse of user data by defunct political consulting firm Cambridge Analytica in 2016.

But ahead of the U.S. presidential election in November 2020, Facebook is struggling to quell criticism of its relatively hands-off ads policies. In particular it has come under fire after it exempted politicians’ ads from fact-checking standards applied to other content on its network.

Facebook said that in addition to rolling out a tool enabling individual users to choose to see fewer political and social issue ads on Facebook and its photo-sharing app Instagram, it will also make more ad audience data publicly available.

In a blog post, Facebook’s director of product management Rob Leathern said the company considered imposing limits like Google’s, but decided against them as internal data indicated most ads run by U.S. presidential candidates are broadly targeted, at audiences larger than 250,000 people.

“We have based (our policies) on the principle that people should be able to hear from those who wish to lead them, warts and all,” Leathern wrote.

The expanded ad audience data features will be rolled out in the first quarter of this year and Facebook plans to deploy the political ads control starting in the United States early this summer, eventually expanding this preference to more locations.

Another change will be to allow users to choose to stop seeing ads based on an advertiser’s “Custom Audience” and that will apply to all types of advertising, not only political ads.

The “Custom Audiences” feature lets advertisers upload lists of personal data they maintain, like email addresses and phone numbers. Facebook then matches that information to user accounts and shows the advertiser’s content to those people.

However, Facebook will not give users a blanket option to turn off the feature, meaning they will have to opt out of seeing ads for each advertiser one by one, a spokesman told Reuters.

The change will also not affect ad targeting via Facebook’s Lookalike Audiences tool, which uses the same uploads of personal data to direct ads at people with similar characteristics to those on the lists, the spokesman said.

Leathern said in the post the company would make new information publicly available about the audience size of political ads in the company’s Ad Library, showing approximately how many people the advertisers aimed to reach.

The changes follow a New York Times report this week of an internal memo by senior Facebook executive Andrew Bosworth, who told employees the company had a duty not to tilt the scales against U.S. President Donald Trump’s re-election campaign.

Bosworth, a close confidant of Chief Executive Mark Zuckerberg who subsequently made his post public, wrote that he believed Facebook was responsible for Trump’s election in 2016, but not because of misinformation or Trump’s work with Cambridge Analytica.

Rather, he said, the Trump campaign used Facebook’s advertising tools most effectively. 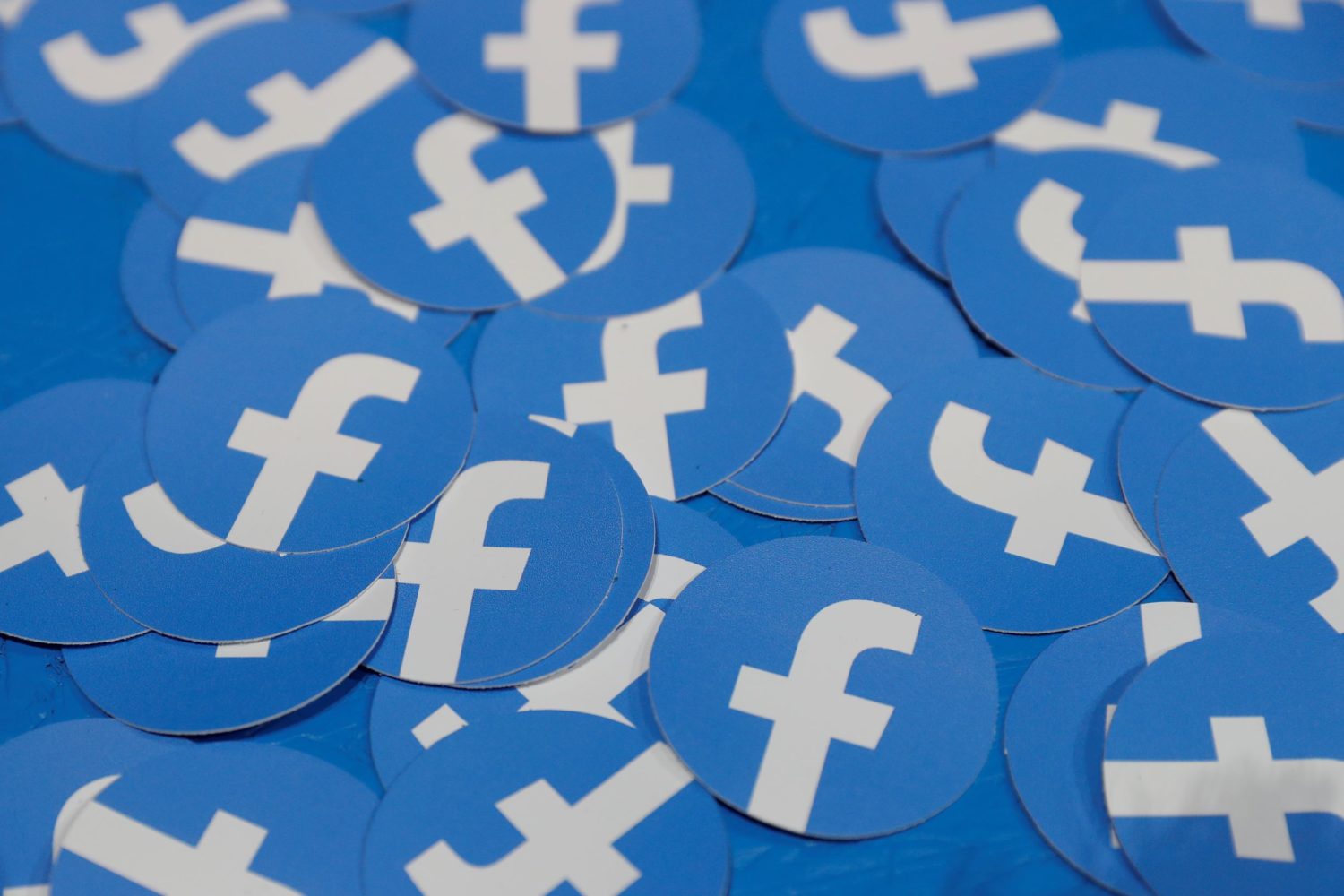 In the United States, the Communications Act prevents broadcast stations from rejecting or censoring ads from candidates for federal office once they have accepted advertising for that political race, although this does not apply to cable networks like CNN, or to social media sites, where leading presidential candidates are spending millions to target voters in the run-up to the November 2020 election.

The following is how social media platforms have decided to handle false or misleading claims in political ads:

Facebook exempts politicians from its third-party fact-checking program, allowing them to run ads with false claims.

The policy  has been attacked by regulators and lawmakers who say it could spread misinformation and cause voter suppression. Critics including Democratic presidential candidate Elizabeth Warren have also run intentionally false Facebook ads to highlight the issue.

Facebook’s chief executive Mark Zuckerberg has defended the company’s stance, arguing that it does not want to stifle political speech, but he also said the company was considering ways to refine the policy.

Twitter Inc  has banned political ads. On Friday it said this will include ads that reference a political candidate, party, election or legislation, among other limits.

The company also said it will not allow ads that advocate for a specific outcome on political or social causes.

“We believe political message reach should be earned, not bought,” said Twitter CEO Jack Dorsey in a statement last month.

Officials from the Trump campaign, which is out-spending its Democratic rivals on Facebook and Google ads, called the ban “dumb” but also said it would have little effect on the president’s strategy.

“Twitter from an advertising perspective is not a player at all. Facebook and Google are the giants in political ads,” said Steve Passwaiter, vice president of the Campaign Media Analysis Group at Kantar Media.

Google and its video-streaming service YouTube prohibit certain kinds of misrepresentation  in ads, such as misinformation about public voting procedures or incorrect claims that a public figure has died.

However, Google does not have a wholesale ban on politicians running false or misleading ads.

In October, when former Vice President Joe Biden’s campaign asked the company to take down a Trump campaign ad that it said contained false claims, a Google spokeswoman told Reuters it did not violate the site’s policies.

YouTube has started adding links and information from Wikipedia to give users more information around sensitive content such as conspiracy theory videos, but a spokeswoman said this program does not relate to ads.

Snap Inc allows political advertising unless the ads are misleading, deceptive or violate the terms of service on its disappearing message app Snapchat.

The company, which recently joined Facebook, Twitter and Google in launching a public database of its political ads, defines political ads as including election-related, advocacy and issue ads.

Snap does not ban “attack” ads in general, but its policy  does prohibit attacks relating to a candidate’s personal life.

The Chinese-owned video app popular with U.S. teenagers does not permit political advertising on the platform.

In an October blog pos, TikTok said that the company wants to make sure the platform continues to feel “light-hearted and irreverent.”

“The nature of paid political ads is not something we believe fits the TikTok platform experience,” wrote Blake Chandlee, TikTok’s vice president of global business solutions.

The app, which is owned by Beijing-based tech giant ByteDance, has recently come under scrutiny from U.S. lawmakers over concerns the company may be censoring politically sensitive content, and raising questions about how it stores personal data.

Social network Reddit allows ads related to political issues and it allows ads from political candidates at the federal level, but not for state or local elections.

It also does not allow ads about political issues, elections or candidates outside of the United States.

The company says all political ads must abide by its policies that forbid “deceptive, untrue or misleading advertising” and that prohibit “content that depicts intolerant or overly contentious political or cultural topics or views.”

LinkedIn, which is owned by Microsoft Corp, banned political ads last year. It defines political ads as including “ads advocating for or against a particular candidate or ballot proposition or otherwise intended to influence an election outcome.”

Search engine Bing, which is also owned by Microsoft, does not allow ads with political or election-related content.

This includes advertising for political candidates, political action committees (PACs), legislation, or political issues with the intent to influence an election, according to the site’s ads policy.

“We want to create a positive, welcoming environment for our Pinners and political campaign ads are divisive by nature,” said Pinterest spokeswoman Jamie Favazza, who told Reuters the decision was also part of the company’s strategy to address misinformation.

A spokeswoman for Twitch told Reuters the live-streaming gaming network does not allow political advertising.

The site does not strictly ban all issue-based advertising but the company considers whether an ad could be seen as “political” when it is reviewed, the spokeswoman said.

Twitch, which is owned by Amazon.com Inc, is primarily a video gaming platform but also has channels focused on sports, music and politics. In recent months, political candidates such as U.S. President Donald Trump and Senator Bernie Sanders have joined the platform ahead of the 2020 election. 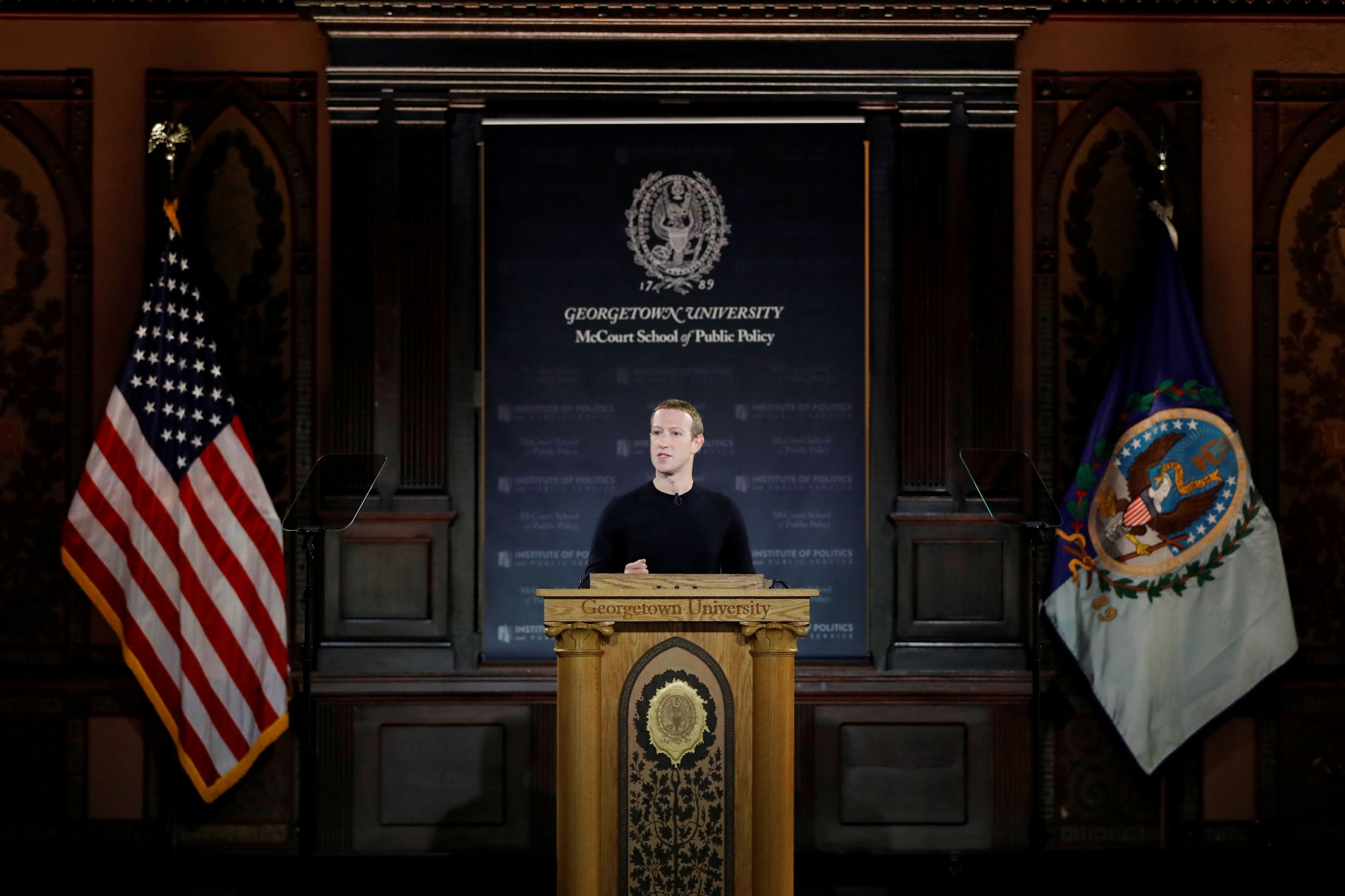 “I wanted our services in China because I believe in connecting the whole world, and I thought maybe we could help creating a more open society,” Zuckerberg said, addressing students at Georgetown University.

“I worked hard on this for a long time, but we could never come to agreement on what it would take for us to operate there,” he said. “They never let us in.”

He did not address what conditions or assurances he would need to enter the Chinese market.

Facebook tried for years to break into China, one of the last great obstacles to Zuckerberg’s vision of connecting the world’s entire population on the company’s apps.

Zuckerberg met with Chinese President Xi Jinping in Beijing and welcomed the country’s top internet regulator to Facebook’s campus. He also learned Mandarin and posted a photo of himself running through Tiananmen Square, which drew a sharp reaction from critics of the country’s restrictive policies.

The company briefly won a license to open an “innovation hub” in Hangzhou last year, but it was later revoked.

Zuckerberg effectively closed that door in March, when he announced his plan to pivot Facebook toward more private forms of communication and pledged not to build data centers in countries “that have a track record of violating human rights like privacy or freedom of expression.”

He repeated his concern about data centers on Thursday, this time specifically naming China.

Zuckerberg also defended the company’s political advertising policies on similar grounds, saying Facebook had at one time considered banning all political ads but decided against it, erring on the side of greater expression.

Facebook has been under fire over its advertising policies, particularly from U.S. Senator Elizabeth Warren, a leading contender for the Democratic presidential nomination.

The company exempts politicians’ ads from fact-checking standards applied to other content on the social network. Zuckerberg said political advertising does not contribute much to the company’s revenues, but that he believed it would be inappropriate for a tech company to censor public figures.

Reuters reported in October 2018, citing sources, that Facebook executives briefly debated banning all political ads, which produce less than 5% of the company’s revenue.

The company rejected that because product managers were loath to leave advertising dollars on the table and policy staffers argued that blocking political ads would favor incumbents and wealthy campaigners who can better afford television and print ads, the sources said.

Facebook has been under scrutiny in recent years for its lax approach to fake news reports and disinformation campaigns, which many believe affected the outcome of the 2016 U.S. presidential election, won by Donald Trump.

Trump has disputed claims that Russia has attempted to interfere in U.S. elections. Russian President Vladimir Putin has denied it.