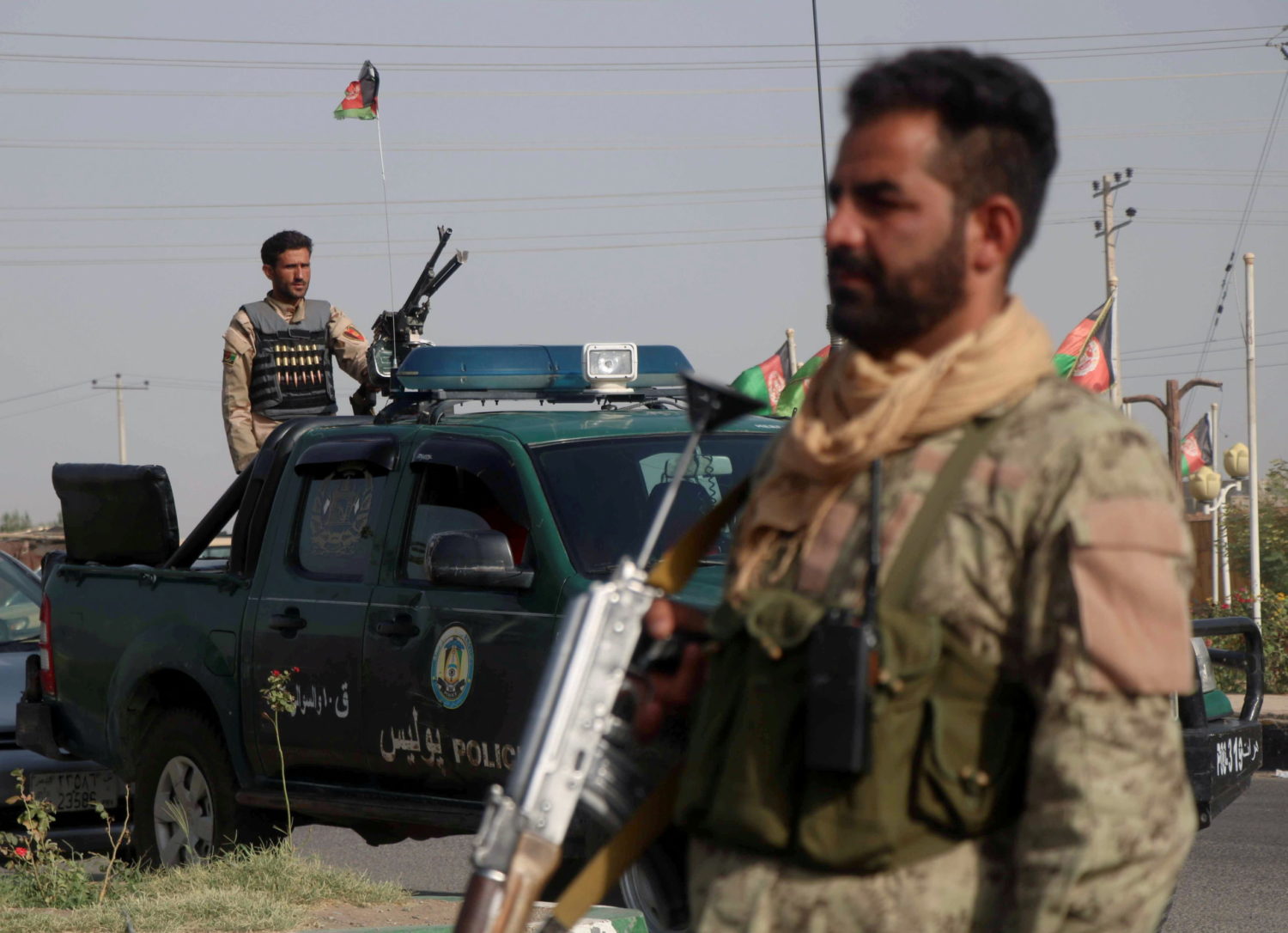 UNITED NATIONS (Reuters) -The U.N. special envoy for Afghanistan on Friday questioned the Taliban’s commitment to a political settlement, telling the U.N. Security Council the war has entered a “deadlier and more destructive phase” with more than 1,000 civilians killed in the past month during a Taliban offensive.

“A party that was genuinely committed to a negotiated settlement would not risk so many civilian casualties, because it would understand that the process of reconciliation will be more challenging, the more blood is shed,” Deborah Lyons said.

The Taliban has stepped up its campaign to defeat the U.S.-backed government since April as foreign forces complete their withdrawal after 20 years of war. The Taliban captured an Afghan provincial capital and assassinated the government’s top media officer in Kabul on Friday.

“This is now a different kind of war, reminiscent of Syria, recently, or Sarajevo, in the not-so-distant past,” Lyons said.

“To attack urban areas is to knowingly inflict enormous harm and cause massive civilian casualties. Nonetheless, the threatening of large urban areas appears to be a strategic decision by the Taliban, who have accepted the likely carnage that will ensue,” she said.

She said the United Nations expected both irregular and legal migration numbers to double this year.

Peace talks between the Afghan government and Taliban negotiators started last year in the Qatari capital of Doha, but have not made any substantive progress.

Russia’s U.N. Ambassador Vassily Nebenzia told the council that the deteriorating situation in Afghanistan was of increasing concern and “with the withdrawal of foreign forces, the outlook looks grim.”

“The prospects of Afghanistan slipping into full scale and protracted civil war, unfortunately, is a stark reality,” Nebenzia said.

Britain’s U.N. Ambassador Barbara Woodward said the council “should leave the Taliban in no doubt that there will be consequences for them if they continue to pursue this military offensive” and pledged that Britain would not recognize a Taliban government that comes to power by force.

The U.N. Security Council has the ability to impose targeted sanctions on Taliban individuals or entities who constitute a threat to the peace, stability and security of Afghanistan.

“The Taliban must hear from the international community that we will not accept a military takeover of Afghanistan or a return of the Taliban’s Islamic Emirate,” he said.

Foreign forces aim to be completely out of Afghanistan by Sept. 11. U.S.-backed Afghan forces ousted the Taliban from power in 2001 for refusing to hand over al Qaeda’s Osama bin Laden after the Sept. 11, 2001, attacks on the United States.

Deputy Chinese U.N. Ambassador Dai Bing said foreign forces withdrawing from Afghanistan should be “more transparent with regional countries and avoid leaving behind all the problems and wash their hands of them.”

“The U.S. recently expressed its intention to assist Afghanistan in maintaining stability. We hope that the U.S. can earnestly fulfill its commitment and step up efforts,” Dai told the council.

Afghanistan’s U.N. Ambassador Ghulam Isaczai urged the Security Council to act to “prevent a catastrophic situation.” He told reporters after the meeting that he was confident the Afghan army could withstand the Taliban offensive and that the country was not yet in a civil war.

“We have a six months security plan to stabilize the situation. And not only that, we have seen an outpouring of support from communities and villages that were recently attacked by the Taliban … so we have a lot of interest among the population to support the army,” he said.

(Reporting by Michelle NicholsEditing by Dan Grebler and Mark Potter)