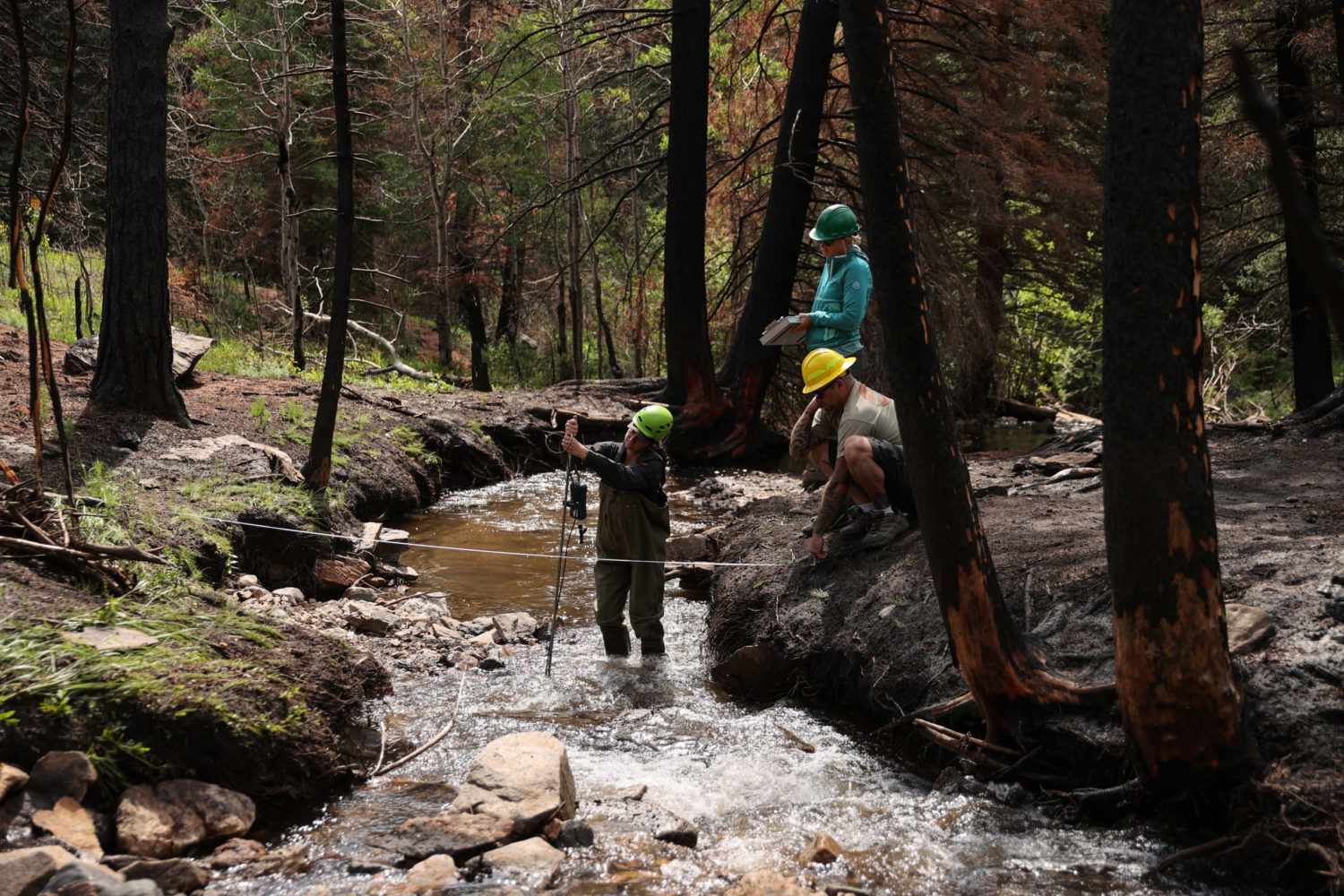 But the problem was not the quantity of water available. It was the quality.

Huge forest fires last year denuded vast areas of Colorado’s mountains and left them covered in ash – ash that with sediment has since been washed by rains into the Cache la Poudre River. The river is one of two sources for household water in this college town of 165,000. With more and fiercer storms expected this year, officials worry about water quality worsening beyond what treatment systems can handle.

The problem could apply to watersheds across the U.S. West, which has faced ever-increasing extremes in heat, drought and wildfire amid climate change in recent years. The United States relies on water originating on forested land for about 80% of its freshwater supply, according to a government report.

“If a wildfire is not in my watershed, it will be in someone else’s watershed,” said Sean Chambers, director of water and sewer in the nearby northern Colorado town of Greeley.

So far, Chambers and other northern Colorado utilities managers have avoided clogged pipes simply by skipping the Cache la Poudre water and using other supplies. But they worry that’s not a long-term solution, and so they sent out those notes pleading with customers to voluntarily conserve: Water lawns sparingly. Don’t let the hose run on the sidewalk when washing your car.

THE COST OF WATER

Corporate headhunter Jim Croxton moved to Fort Collins so he could take in the mountain scenery while fishing.

“I really don’t care about how big the fish are,” Croxton said after buying a half dozen flies at a Fort Collins fishing and guide shop. “I just like to be out in” nature.

He had considered drought to be the West’s water concern. But the utility’s letter urging conservation struck a chord; he had read about polluting fires affecting recreational fishing, too.

“Water in the West is a central issue,” Croxton said.

Fort Collins water rates rose 2% from January. That works out to less than $1 per month for the typical home, and generates about $600,000 toward covering an estimated $45 million in potential fire-related measures, according to calculations prepared for Fort Collins City Council.

Those measures include laying mulch on burn scars to hold down soil, and funding further fire impact research. To make up the balance, officials in Fort Collins, Greeley and other communities are pooling resources and seeking state and federal help.

Katrina Jessoe is an economist at UC Davis who has advised utilities on seeking funding to decontaminate water supplies from pollutants such as fertilizers.

“You can’t get around the fact that the cost of water is getting higher,” which could be a concern for low- and middle-income earners, Jessoe said.

Water managers say they need also to explore new ways of raising funds and making capital improvements to deal with fire-related contamination, for example, removing tastes and odors left by algae fed by nutrients in the sediments washed into reservoirs. The tastes and odors don’t mean the water is unsafe, but customers don’t like it.

Water managers are “making decisions right now that will affect whether or not this is a livable place in 50 years, 100 years,” said John Matthews, who heads the Alliance for Global Water Adaptation, a nonprofit that advises on adapting water systems for climate change.

The two fires that have marred the watersheds relied on by Fort Collins, Greeley, Thornton and other towns were notable not just for the devastation they caused, but for having burned at such high elevation.

The Cameron Peak Fire broke out in August and was the first in Colorado history to consume more than 200,000 acres, including swathes of the Arapahoe and Roosevelt national forests and Rocky Mountain National Park. The East Troublesome came close, burning 193,812 acres across the Continental Divide.

In both cases, flames tore through forests where rivers originate and where snowpack – that frozen reservoir – builds up over winter.

Given the large region burned, researchers need to understand how long it will take for vegetation to grow back, so it can keep sediment from washing into water sources, said biogeochemist Chuck Rhoades at the U.S. Forest Service.

“The implications are that people need to think a little bit more about how to manage and sustain reservoirs,” Rhoades said.