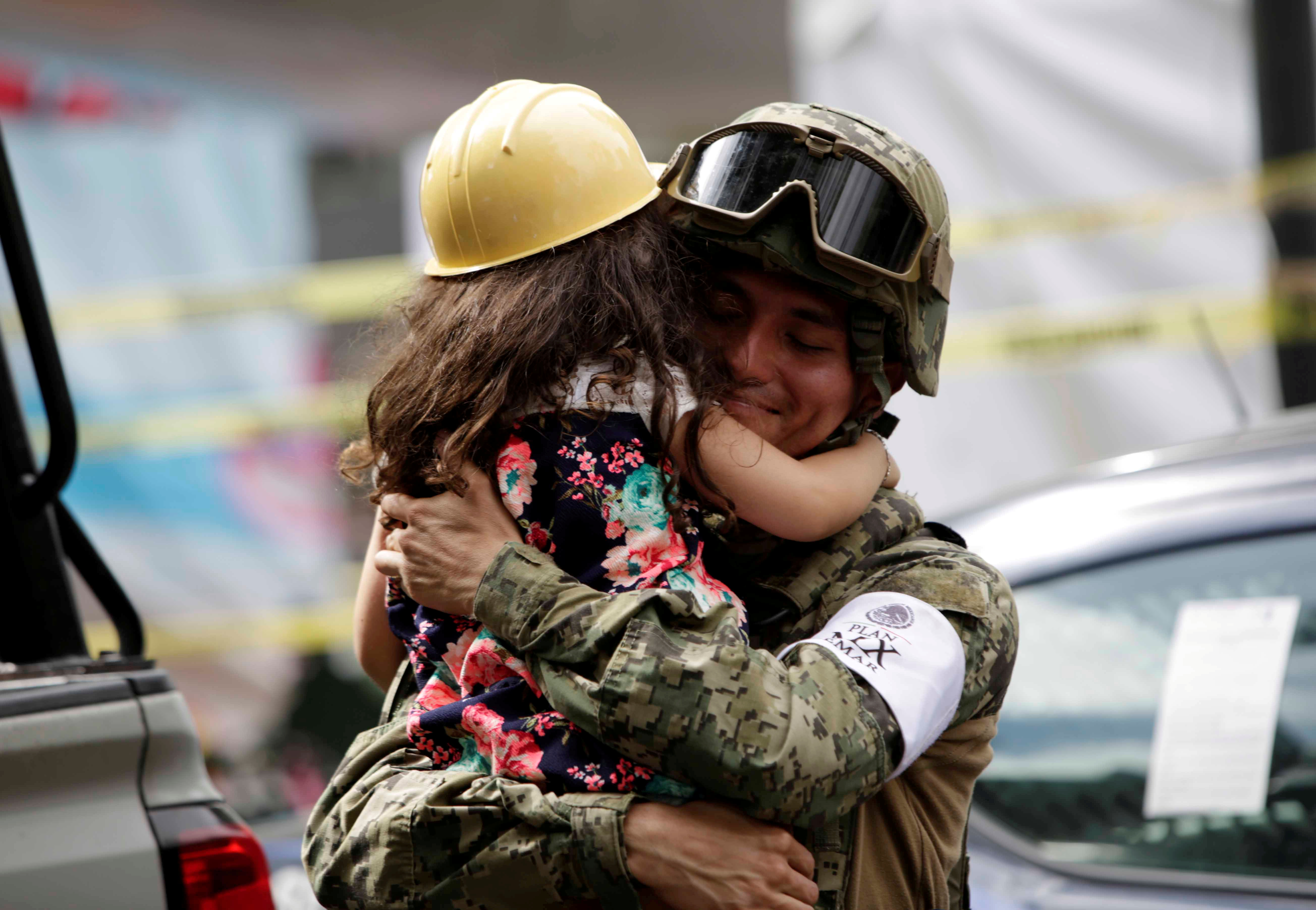 MEXICO CITY (Reuters) – Most schools in Mexico City remained closed on Monday after last week’s deadly earthquake, but children outside the capital were set to return to their classrooms even though aftershocks are still jolting the country.

“These are the places where rescue efforts continue,” said Mancera, ticking off locations in central and southern portions of the metropolis.

The quake rendered thousands of people homeless, with many of them living in tents in the streets or emergency shelters, but there were signs the 20 million people who live in Mexico City’s greater metropolitan area were gradually resuming their routines. (Graphics on ‘Earthquake strikes Mexico’ –

“Our neighborhood is in mourning,” said Deborah Levy, 44, from the trendy Condesa district that was among the worst hit by the quake. “Some neighbors and friends got together (Sunday). We went to eat to cheer ourselves up, looking for a little normality.” 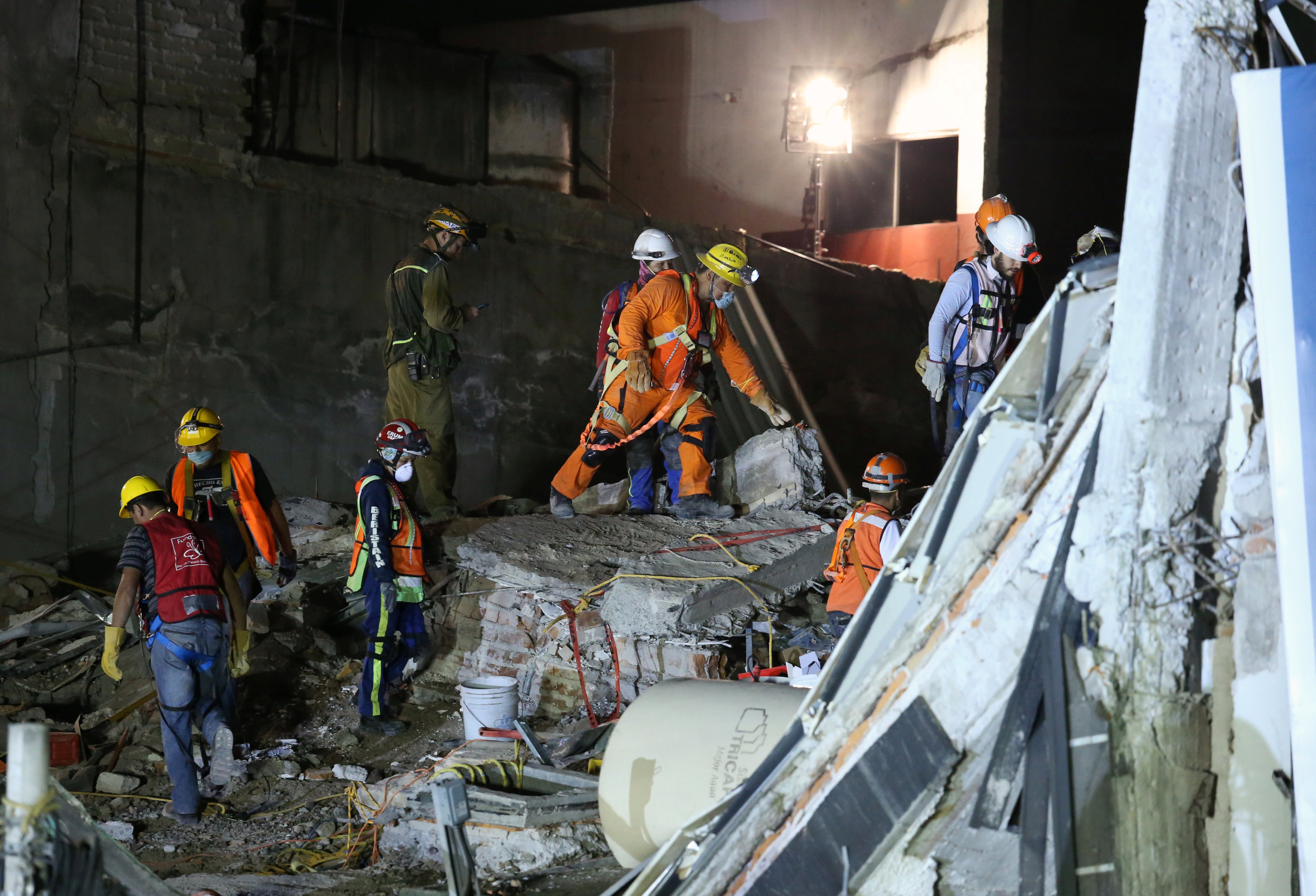 Members of rescue teams search for survivors, in the rubble of a collapsed building, after an earthquake in Mexico City, Mexico September 25, 2017. REUTERS/Henry Romero

Some of the most affected neighborhoods, those built on top of a soft ancient lake bed, still had entire blocks cordoned off.

More than 44,000 schools in six states were due to reopen on Monday, but only 103 in Mexico City, or barely 1 percent of its schools, were set to resume classes after they were certified as structurally safe.

Officials said they did not want to impede relief efforts, so more than 4,000 public schools and nearly as many private schools in the capital will remain closed for now.

The National Autonomous University of Mexico, with 350,000 students at campuses in and around Mexico City, resumed classes on Monday.

Of 6,000 damaged buildings, some 1,500 have yet to be inspected, said Horacio Urbano, president of Centro Urbano, a think tank specializing in urban issues and real estate.

Ten percent of the damaged buildings were constructed after 1990, by which time strict building codes had been enacted in the wake of the 1985 earthquake that killed some 10,000 people.

Search operations, using advanced audio equipment to detect signs of life beneath tonnes of rubble, continued at a few buildings with help from teams from as far afield as Israel and Japan.

At a school in southern Mexico City where 19 children and six adults had previously been reported killed, officials recovered another body on Sunday, that of an adult women.

The search for survivors continued in a ruined office building in the Roma neighborhood and in a five-story apartment building in historic Tlalpan.

Authorities called off efforts in the upper-middle class Lindavista zone after pulling 10 bodies from the rubble over several days, and work at the Tlalpan building was briefly halted on Saturday by a magnitude 6.2 aftershock.

Another 5.7 aftershock struck on Sunday off Mexico’s west coast, jolting the southwestern part of the country, and seismologists predicted more tremors to come.

While aid and volunteer workers have flooded into the accessible districts of Mexico City, people in more remote neighborhoods and surrounding states have received less attention. 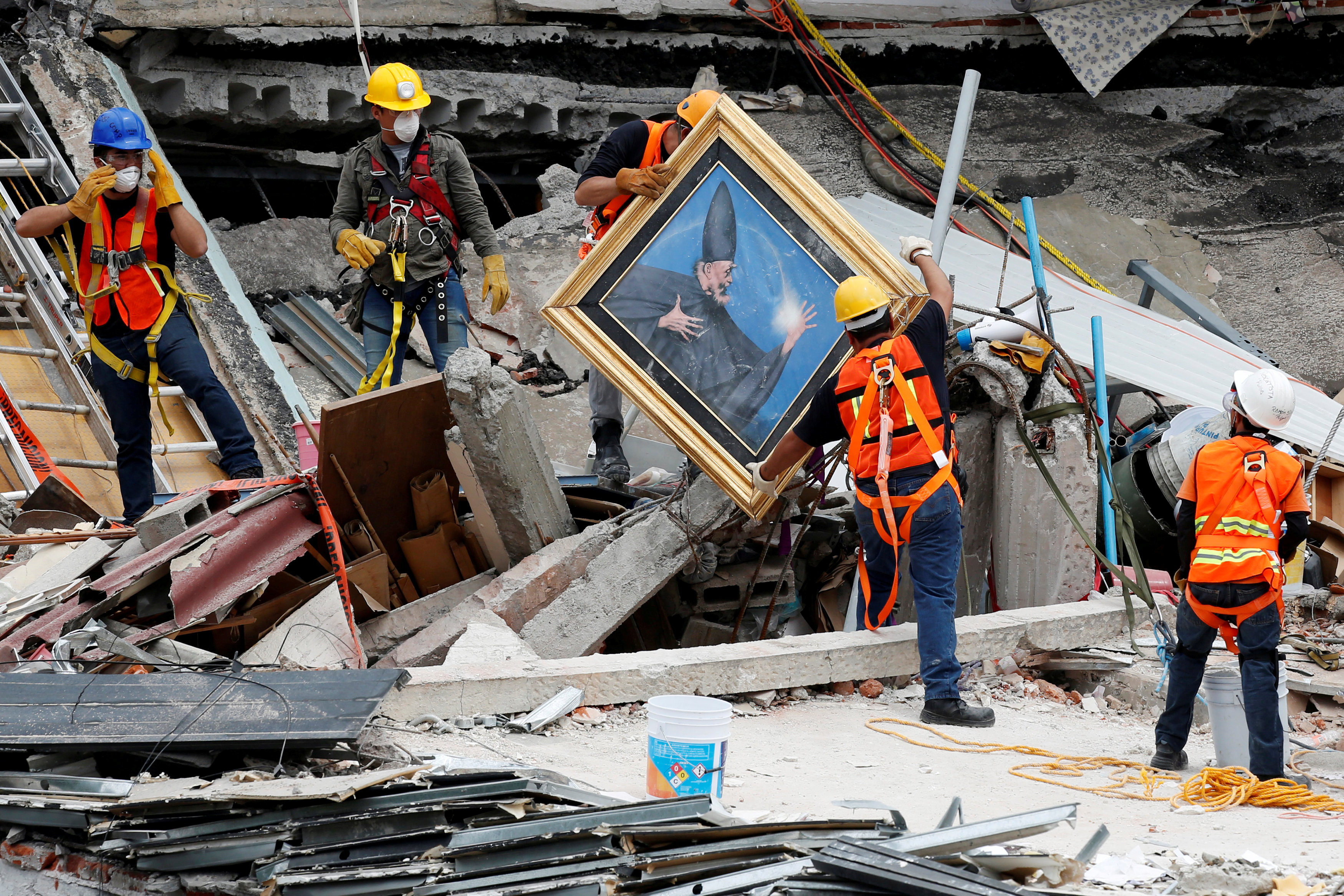 Mexican and international rescue teams remove a painting as they search for survivors in a collapsed building after an earthquake, at Roma neighborhood in Mexico City. REUTERS/Carlos Jasso

Miguel Angel Luna, a 40-year old architect, joined a caravan of civilians that headed out late last week to help isolated communities scattered around the base of the Popocatepetl volcano, located about 50 miles (80 km) southeast of the Mexican capital.

Around 40 percent of the adobe homes he saw in poor villages had been completely destroyed and some 80 percent were heavily damaged, Luna said.