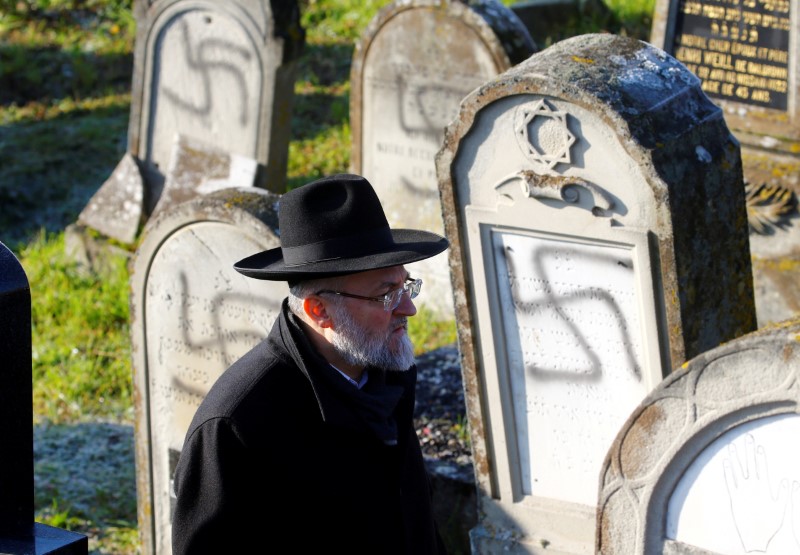 VATICAN CITY (Reuters) – Pope Francis on Monday condemned the “barbaric resurgence” of anti-Semitism around the world, linking it to the rise of populism.

Next week’s 75th anniversary of the liberation of the Auschwitz death camp should serve as a reminder not to become indifferent, Francis said to a delegation from the human rights and research group, the Simon Wiesenthal Center.

“It is troubling to see, in many parts of the world, an increase in selfishness and indifference, lack of concern for others and the attitude that says life is good as long as it is good for me, and when things go wrong, anger and malice are unleashed,” Francis said.

“This creates a fertile ground for the forms of factionalism and populism we see around us, where hatred quickly springs up … where hatred is seminated,” he said. “Even recently, we have witnessed a barbaric resurgence of cases of anti-Semitism.”

He did not specifically mention any countries or populist movements.

Last month in eastern France, scores of Jewish graves were found desecrated in a cemetery, hours before lawmakers adopted a resolution equating anti-Zionism with anti-Semitism.

“Once more, I firmly condemn every form of anti-Semitism,” Francis told the delegation.

A global survey https://global100.adl.org/about/2019 by the U.S.-based Anti-Defamation League in November found that anti-Semitic attitudes had increased in many places around the world and significantly in Eastern and Central Europe.

It also found that large percentages of people in Eastern and Western European countries think Jews talk too much about the Holocaust.

In the survey, about 78% of respondents in Poland, where the Nazi extermination camp of Auschwitz was located during the German occupation in World War II, answered in the affirmative to the statement: “Jews still talk too much about what happened to them in the Holocaust.”

The Nazis and their collaborators killed about six million Jews in their attempt to exterminate European Jewry. Millions of others were also killed, including homosexuals, gypsies and political dissenters.

Francis, who visited Auschwitz in 2016, said remembering the Holocaust was vital to ensure that similar atrocities do not happen again.

“If we lose our memory, we destroy our future. May the anniversary of the unspeakable cruelty that humanity learned of seventy-five years ago serve as a summons to pause, to be still and to remember. We need to do this, lest we become indifferent,” he said. 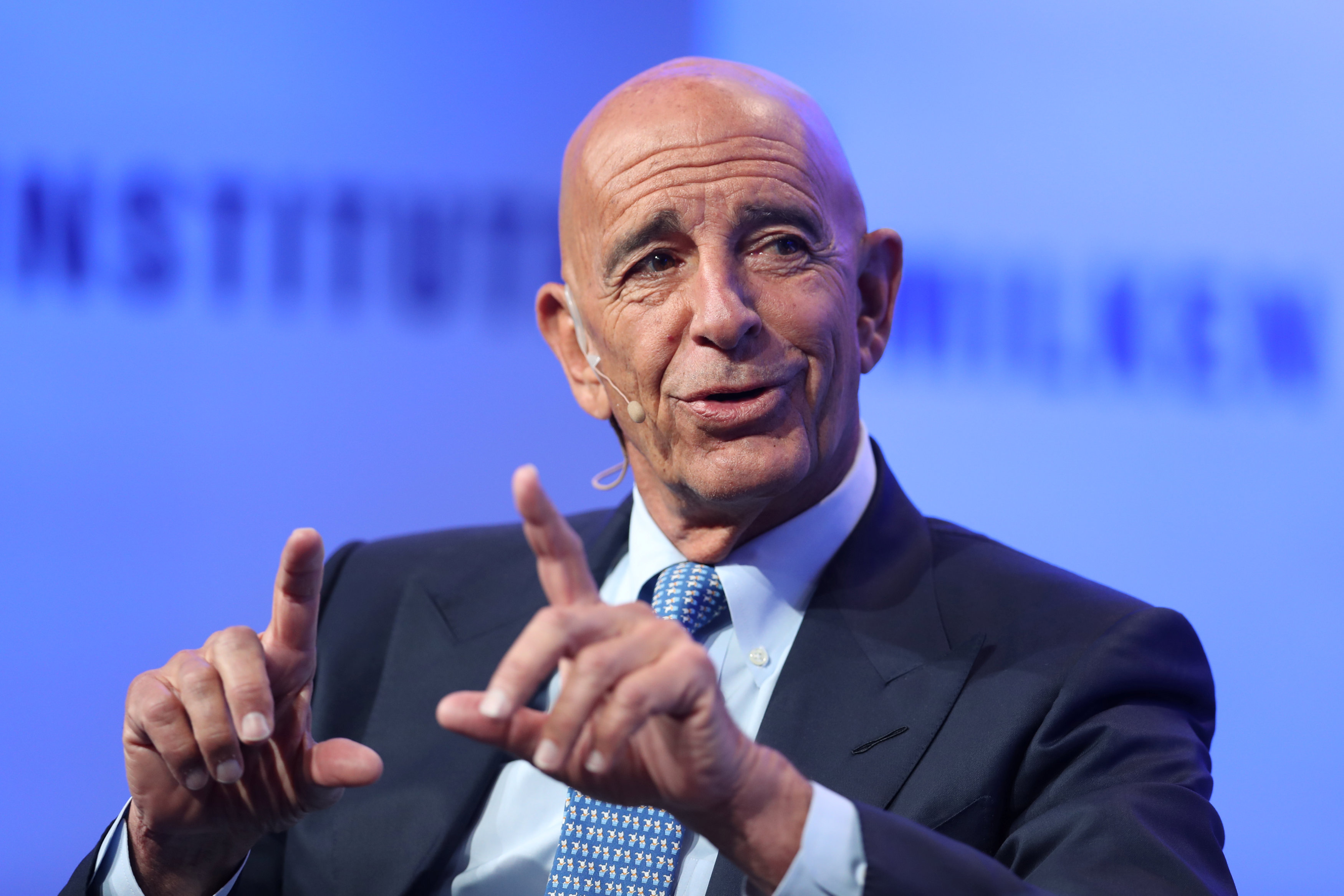 BEVERLY HILLS, Calif. (Reuters) -Cyberwarfare and populism are some of the top risks that could threaten global stability and financial markets in the years ahead, investors and policymakers warned at the annual Milken Institute Global Conference this week, as they characterized them as black swan events.

Thomas Barrack, founder and executive chairman of Colony Northstar, said cybersecurity was his greatest concern because “if the system itself is hacked or breaks or causes trauma, I am not sure what happens.”

Representative Ed Royce, chairman of the U.S. House of Representatives Foreign Affairs Committee, echoed the sentiment, saying that “Russian weaponization of information” has been one of his main concerns.

“The impact that is having in terms of the effect on the democratic process there (in Eastern Europe) is very concerning,” Royce said. “Indeed, worldwide Russian efforts in this regard need to be effectively countered, and it’s been many years since we’ve done anything effective.”

Royce, who also expressed concerns about the proliferation of nuclear weapons, called for more aggressive action.

“We need on social media and with respects to our sanctions push-back and make them (Russia) feel the price for doing this,” Royce said.

American intelligence agencies have said that Russia interfered in the 2016 U.S. presidential race to try to help Donald Trump win the presidency. Trump has repeatedly denied receiving help from Moscow for his election campaign, and Russian has denied meddling in the election.

While government and business leaders worldwide have become more aware of cybersecurity risks, the threat may still be underappreciated, some speakers said.

“The cyberwarfare in this world is completely unknown, uncontemplated and has to be grasped as we think about where we are going,” Mary Callahan Erdoes, chief executive officer of JPMorgan Asset Management, said on Monday.

Others cited rising populism in the West as one of the biggest risks for the global economy and market stability.

“My black swan is politics, politics in the West which is getting bust,” said Peter Mandelson, a former European trade commissioner and British first secretary of state. “And bust politics has two effects. It generates populist nationalist pressures on government and regulators, draws them more into the economy, onto the backs of businesses and makes decision-making by investors and businesses much more difficult.”

Although speakers did share what might keep them up at night in the coming months, the outlook was generally upbeat at the event, with Citigroup Inc &lt;C.N&gt; CEO Michael Corbat describing the current state of affairs as being “OK.”

Ironically, the mood was so positive that some speakers worried about excessive optimism.

“I am really concerned regarding the overwhelming optimism, which we observed over the past two days,” said Hiro Mizuno, chief investment officer for Japan’s Government Pension Investment Fund. “People say nothing matters to the capital markets, so that is scary.”

Chris Stadler, managing partner at CVC Capital, added: “When you sit here and…you talk about all these things hitting on all cylinders and you don’t know what could change it, you’re coming close to an event.”