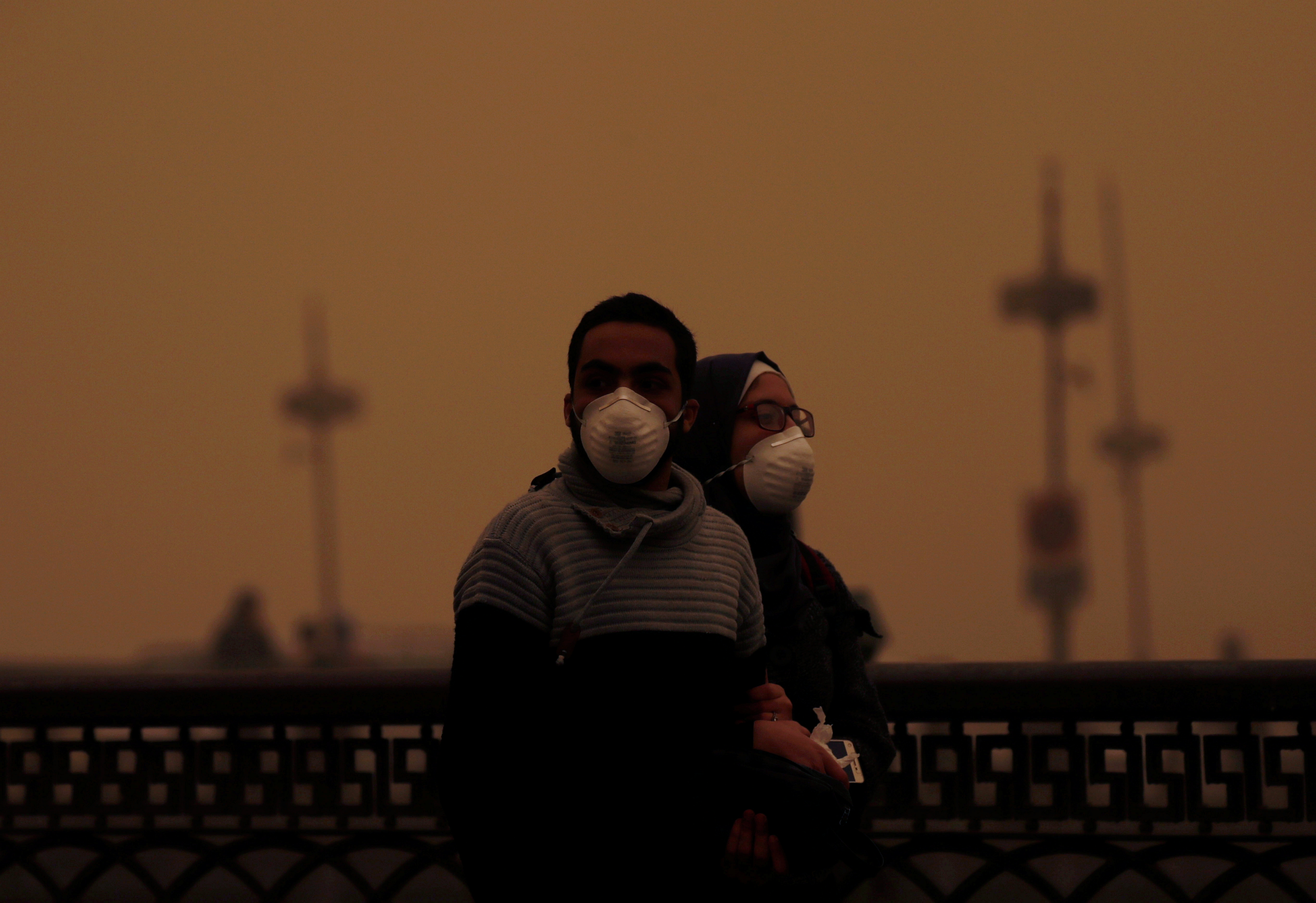 CAIRO (Reuters) – Egypt’s capital Cairo and some of its port cities were hit by a severe sandstorm, with strong winds and heavy dust forcing the closure of several ports.

Pedestrians ducked into buildings for cover as a dark orange cloud descended on Cairo, with many using surgical masks to shield themselves against the sand blowing in the wind.

Motorists complained of reduced visibility on the highways leading in and out of the city. 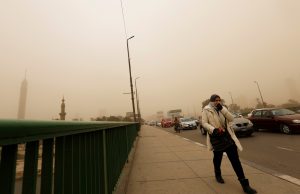 A woman covers her face as she walks on the 6th October Bridge during a sandstorm in Cairo, Egypt January 16, 2019. REUTERS/Amr Abdallah Dalsh

“The color of the air is changing. There is some kind of fog. No one can see. So I hope God will get us through this, given that we’re riding motorcycles,” said Mahmoud, a motorcycle driver.

Sources at Cairo airport said the storm had caused some delays.

The Red Sea Ports Authority closed the ports of Suez and Zeitiyat at 2 pm (1200 GMT) due to bad weather, wind and high waves.

In the Mediterranean city of Alexandria, Reda El Ghandour, a spokesman for the Alexandria Port Authority, said that the maritime traffic remained suspended for the fourth consecutive day in the ports of Alexandria and Dekheila.

The health ministry has advised people suffering from respiratory problems to avoid leaving their homes amidst the storm.

(This story has been refiled to fix headline typo)