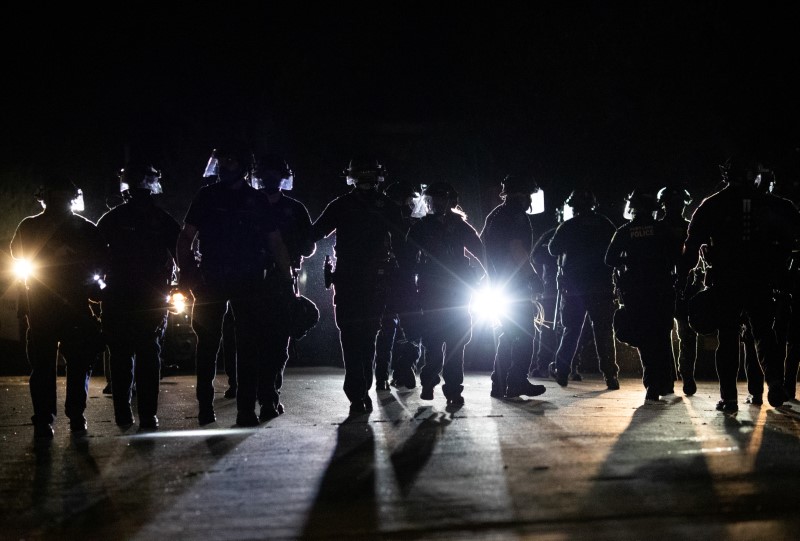 (Reuters) – All members of the crowd control team of Portland police have resigned from their positions in the unit after an officer was indicted on an assault charge stemming from alleged illegal use of force during a protest last year.

“On June 16, 2021, Portland Police Bureau employees serving as members of the Rapid Response Team (RRT) left their voluntary positions and no longer comprise a team,” Portland Police said in a statement on Thursday, adding that the employees will continue in their regular assignments.

The unit had about 50 employees, who served as its members, in addition to their daily assignments with the police, according to the statement on Thursday.

Earlier this week, a grand jury indicted a Portland police officer on an assault charge for what prosecutors allege was an “excessive and unlawful use of force” during a protest last summer.

Portland Police Bureau Officer Corey Budworth was indicted on Tuesday with one count of fourth-degree assault, a misdemeanor, stemming from the August 2020 incident, the Multnomah County District Attorney’s Office said.

The indictment marked the first time a Portland police officer faced prosecution stemming from striking or firing at someone during a protest, according to the Oregonian newspaper.

The Portland Police Association described the decision as being “politically driven” and said the officer “has been caught in the crossfire of agenda-driven city leaders and a politicized criminal justice system.”

Last year, Portland saw months of anti-racism protests following the death of George Floyd, an African-American who died after a police officer knelt on his neck for more than eight minutes.

The city became the scene of unrest for months, with civil rights, anarchist and anti-fascist protesters scuffling with police and occasionally with right-wing militias and supporters of then U.S. President Donald Trump.

Portland’s police declared a riot in multiple of those demonstrations and arrested several people during the course of those months.

(Reporting by Kanishka Singh in Bengaluru; Editing by Raju Gopalakrishnan)