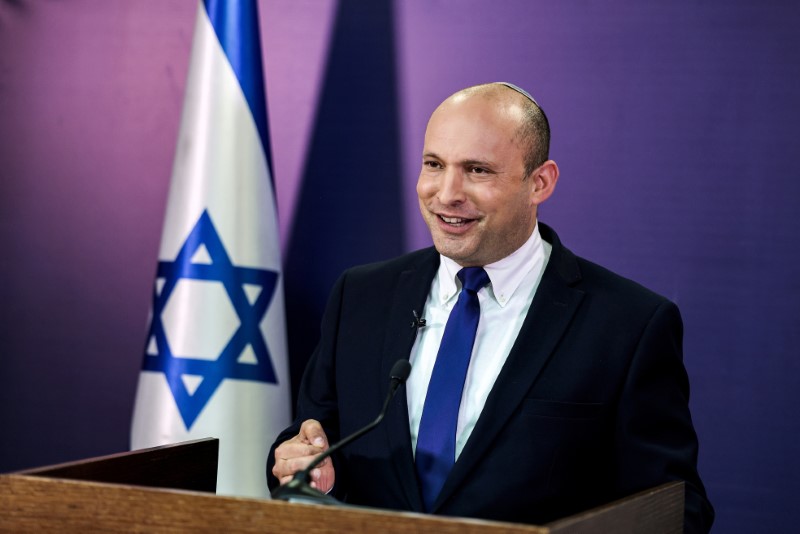 The coalition of parties from far-right to left is expected to focus mostly on economic and social issues rather than risk exposing internal rifts by trying to address major diplomatic issues such as the Israeli-Palestinian conflict.

Netanyahu, Israel’s longest-serving leader, will be succeeded on Sunday by a coalition that includes for the first time a party from Israel’s Arab minority.

Under a power-sharing agreement, Naftali Bennett, of the ultra-nationalist Yamina (Rightwards) party, will serve as prime minister for two years.

Bennett on Friday said the coalition “brings to an end two and a half years of political crisis,” although it was unclear how long the coalition’s disparate elements would hold together. He will then hand over to Yair Lapid of the centrist Yesh Atid (There is a Future) party.

Among the agreements outlined by parties in what Lapid described as a “unity government” are:

* Limiting the prime minister’s term of office to two terms, or eight years.

* An infrastructure push to include new hospitals, a new university and a new airport.

* Passing a two-year budget to help stabilize the country’s finances – the prolonged political stalemate has left Israel still using a pro-rated version of a base 2019 budget that was ratified in mid-2018.

* Maintaining the “status-quo” on issues of religion and state, with Bennett’s Yamina party to have a veto. Possible reforms include breaking up an ultra-Orthodox monopoly on overseeing which foods are kosher, and decentralizing authority over Jewish conversions.

* An “overall plan for transportation” in the Israeli- occupied West Bank.

* A general goal to “ensure Israel’s interests” in areas of the West Bank under full Israeli control.* Allocating more than 53 billion shekels ($16 billion) to improve infrastructure and welfare in Arab towns, and curbing violent crime there.

* Decriminalizing marijuana and moving to regulate the market.