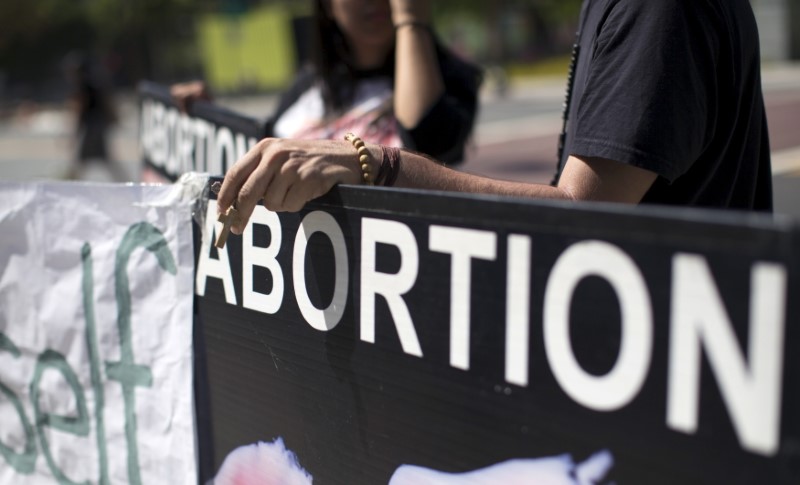 WASHINGTON (Reuters) – The U.S. Supreme Court on Monday agreed to decide whether a California law requiring private facilities that counsel pregnant women against abortion to post signs telling clients how to get state-funded abortions and contraceptives violates free speech rights.

The justices will hear an appeal brought by Christian-based non-profit facilities sometimes called “crisis pregnancy centers” of a lower court ruling that upheld the Democratic-backed 2015 California law. The challengers argue that the law, by forcing them to post the information, violates the U.S. Constitution’s First Amendment guarantee of free speech.

California argued that the Reproductive FACT Act, passed by a Democratic-led legislature and signed by Democratic Governor Jerry Brown, is justified by its responsibility to regulate the healthcare industry and is needed to ensure that women know the state has programs providing abortions and birth control.

The law requires licensed healthcare facilities to post a notice saying that the state has programs for “immediate free or low-cost access to comprehensive family planning services … prenatal care, and abortion for eligible women.” For non-licensed medical facilities, an additional notice is required stating that the center “has no licensed medical provider who provides or directly supervises the provision of services.”

The facilities had asked the high court to hear their appeal of a ruling last year by the San Francisco-based 9th U.S. Circuit Court of Appeals upholding the law.

In 2014, the U.S. Supreme Court declined to take up a challenge to similar law in New York City, although that case differed from the California dispute because the lower court had struck down several provisions, including one that required centers to disclose whether they provide abortions and other reproductive care.

The “crisis pregnancy centers” counsel women not to have abortions. These facilities, according to critics, often are located near hospitals and abortion clinics, offer ultrasounds and are staffed by people wearing medical garb. Some are medically licensed facilities, others are not.

Challengers included the National Institute of Family and Life Advocates, an umbrella group for anti-abortion pregnancy crisis centers that said its members include 73 centers in California that are medically licensed and 38 that are not.

The other plaintiffs are two centers in San Diego County: Pregnancy Care Center and Fallbrook Pregnancy Resource Center. The court did not act on three other cases brought by other centers making similar claims.

The Supreme Court found that women have a constitutional right to an abortion in the landmark 1973 case Roe v. Wade. The court most recently backed abortion rights in 2016 when it struck down a Texas law that imposed strict regulations on clinics that provided abortions.