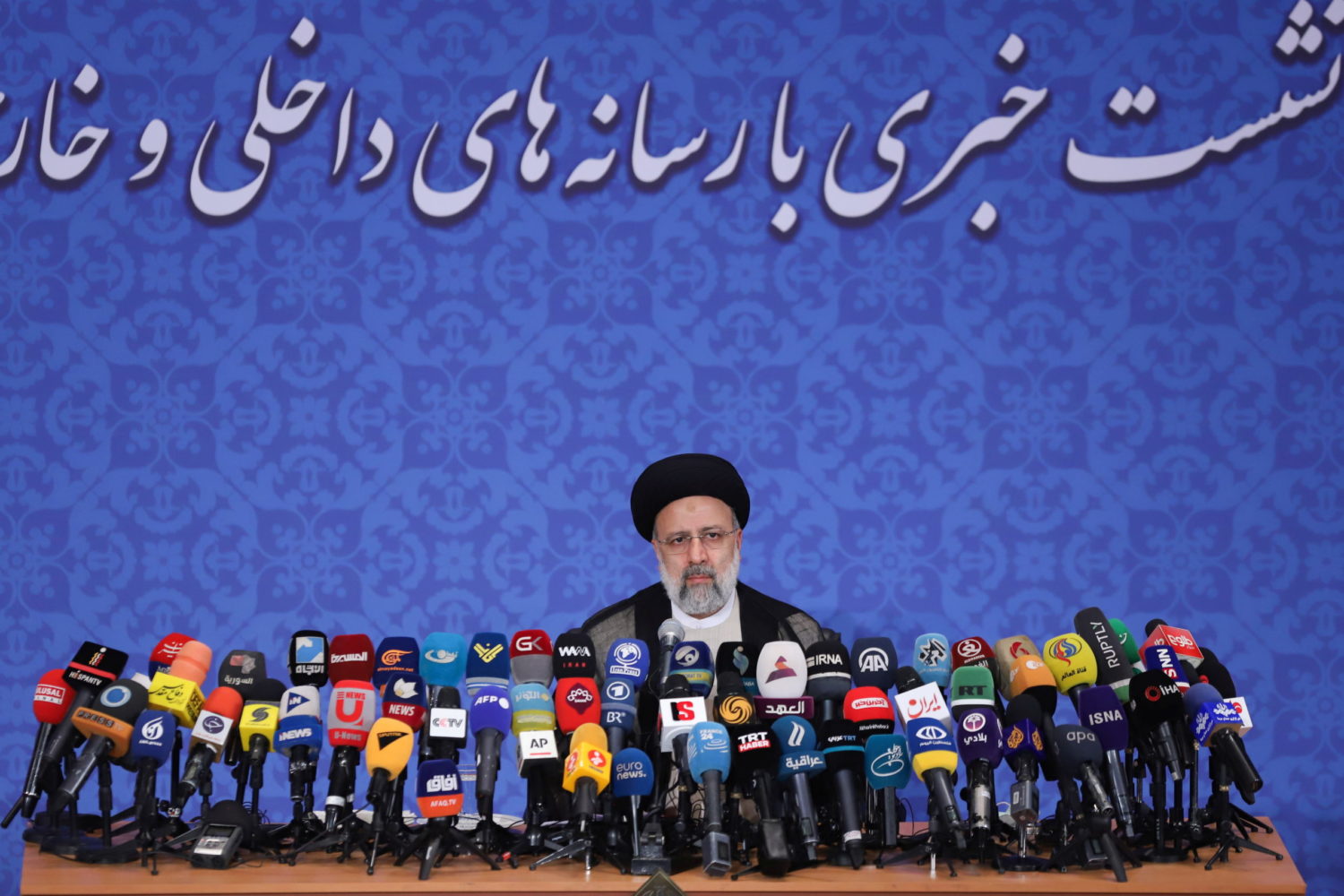 In his first news conference since he was elected on Friday, the hardline cleric said his foreign policy priority would be improving ties with Iran’s Gulf Arab neighbors, while calling on Iran’s regional rival Saudi Arabia to immediately halt its intervention in Yemen.

Raisi, 60, a strident critic of the West, will take over from pragmatist Hassan Rouhani on Aug. 3 as Iran seeks to salvage the tattered nuclear deal and be rid of punishing U.S. sanctions that have crippled Iran’s economy.

“We support the negotiations that guarantee our national interests … America should immediately return to the deal and fulfill its obligations under the deal,” he said.

Negotiations have been under way in Vienna since April to work out how Iran and the United States can both return to compliance with the nuclear pact, which Washington abandoned in 2018 under then-President Donald Trump before re-imposing sanctions on Iran.

Iran has subsequently breached the deal’s limits on enrichment of uranium, designed to minimize the risk of it developing nuclear weapons potential. Tehran has long denied having any such ambition.

Raisi said Iran’s foreign policy would not be limited to the nuclear deal, adding that “all U.S. sanctions must be lifted and verified by Tehran”.

Asked if he would meet U.S. President Joe Biden if those sanctions were lifted, Raisi answered: “No.”

Raisi is under U.S. sanctions over a past which includes what the United States and human rights groups say was his involvement in the extrajudicial killing of thousands of political prisoners in the Islamic Republic in 1988.

When asked about human rights groups’ allegations that he was involved in the killings, he said: “If a judge, a prosecutor has defended the security of the people, he should be praised.”

“I am proud to have defended human rights in every position I have held so far,” he said.

Gulf Arab states have said it would be dangerous to separate the nuclear pact from Tehran’s missile program and “destabilizing” behavior in the Middle East, where Tehran and Riyadh have fought decades of proxy wars, in countries from Yemen to Iraq.

A Saudi-led coalition intervened in Yemen’s war in 2015 after Iran-backed Houthi forces drove its government out of the capital Sanaa. The conflict has been largely stalemated for several years.

“They (the United States) did not comply with the previous agreement, how do they want to enter into new discussions?” he said.

Sunni Muslim Saudi Arabia and Shi’ite Iran, which severed ties in 2016, began direct talks in Iraq in April aimed at containing tensions. “The reopening of the Saudi embassy is not a problem for Iran,” said Raisi.